Brexit: a blow to the ruling class

A trade unionist explains why Brexit has so rattled our rulers. 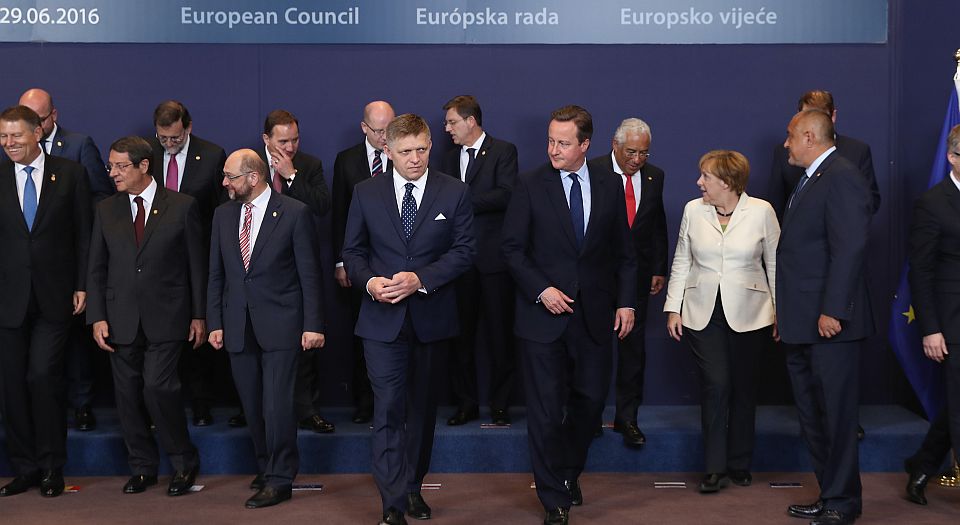 ‘The dominant ideas of society are the ideas of the ruling class’, so wrote Karl Marx. This explains how the political class usually maintains the status quo that keeps them in power.

However, sometimes there is such a disconnect between the population and their rulers that the ruling-class narrative begins to break down and becomes less and less credible. In the case of the victory of Britain’s majority vote to leave the European Union, workers simply no longer believed the official blarney that the single market will provide them with the bright, shiny future they had endlessly been promised.

This rejection of EU-jam tomorrow was assisted by a split in the ruling class, with a minority backing the Leave vote. The Tories attempted to deal with this split by announcing the referendum as a way to gain power, as well as dealing with their internal divisions and the existential threat of UKIP.

As arch-Europhile and Tory grandee Ken Clarke recently said in off-the-cuff remarks on Sky News, it is very unlikely that Boris Johnson and Michael Gove actually believed in Brexit – they were simply playing out a pantomime to manage internal Tory divisions. It was a strategy that backfired spectacularly, as workers voted in their millions to get out of an EU that has destroyed industries and is mercilessly driving down wages.

The European Union is chiefly a neoliberal single market that demands the complete free movement of capital, goods, services and labour. It is a corporate free-fire zone that is relentlessly driving down wages, privatising services and removing trade-union rights.

In other words, the authoritarian and anti-democratic EU is engaged in a massive economic structural-adjustment programme that is sweeping away the working-class gains of the 20th century. Its undemocratic treaties and directives demand mass privatisation, prohibit renationalisation and hand over public services to private interests. The EU ban on state aid also drives the further destruction of British industry and manufacturing.

The reason for this is simple: where there is no collective bargaining, wages decline. The deregulation of employment contracts and the promotion of zero-hours contracts is also a neoliberal construct contained within the EU’s so-called ‘flexicurity’ model.

To claim that the EU’s toothless Social Chapter protects workers is demonstrably ludicrous, given that trade-union rights are being abolished and unemployment is ballooning across the EU empire – just look at Greece.

The EU is behind this huge assault on wages, pensions and other workers’ rights across the EU, including the current attacks on labour rights going on in France. It is also secretly negotiating ‘trade’ deals such as TTIP and the Trade in Services Agreement (TiSA), which represent a fundamental threat to our democracy, decent public services and jobs.

So what should we make of the protests demanding the re-run of the referendum? The short answer is that well-heeled liberal elites that do not yet have to compete in this new, deregulated labour market, and benefit from cheap home helps and tradespeople, still buy into the neoliberal, ruling-class narrative.

They have, in effect, become the cheerleaders for corporate globalisation. However, the workers have made their voices heard, and they have rejected the life of low-wage drudgery that monopoly capital had laid out for them.

So what happens next? Well, clearly, Article 50 of the Lisbon Treaty – which kickstarts the two-year process of a member state’s withdrawal from the EU – must be implemented immediately, as spiked and Labour leader Jeremy Corbyn have called for.

Yet it is very unlikely that the political class will allow this to happen without a fight. EU elites will also be backing attempts by the British ruling class to undermine and overturn the majority vote, while feigning acceptance for tactical reasons. This approach has long since been the EU’s modus operandi for overturning results that it doesn’t hold with.

Danish voters rejected the monetarist Maastricht Treaty in a referendum on 2 June 1992, with a turnout of over 83 per cent. However, they were forced to vote again a year later with some opt-outs, allowing the Tory-backed treaty to come into force. Interestingly, a French referendum, held on 20 September 1992, which approved the Maastricht Treaty by only 51 per cent of the vote, was allowed to stand.

On 7 June 2001, Irish voters rejected the Nice Treaty, only to be forced to vote again on 19 October 2002 in order to overturn the result. French and Dutch voters rejected the EU Constitution within days of each other in May 2005, forcing the EU into launching a ludicrous cut-and-paste job on the document which was to become the Lisbon Treaty.

Laughably, the EU claimed it was a different document, despite the fact that it did exactly the same thing – that is, turn the EU into a state in its own right. And elites in France and the Netherlands colluded to ensure that there were no embarrassing repeat referendums and ratified the document among themselves.

On 12 June 2008, the Irish electorate voted down the deliberately unintelligible Lisbon Treaty only to be faced with threats of withholding bail-out funds if they didn’t back the treaty in a referendum on 2 October 2009. The Greek referendum opposing German-led EU austerity diktat, held on 5 July 2015, was simply ignored.

Even the recent referendum result in the Netherlands, overwhelmingly opposing the EU-Ukraine Association Agreement, will be discarded. German chancellor Angela Merkel announced that the government in the Netherlands must find a ‘solution’ for dealing with the referendum result that does not affect the Association Agreement with the far-right dominated and EU-backed part of Ukraine.

However, after Brexit, our rulers have a problem. They cannot put the democratic genie back into the bottle and any immediate moves to annul the result will damage them electorally. They are in a bind indeed.

Brian Denny is spokesman for Trade Unionists Against the EU.