What do Leave voters really think?

Leavers speak to spiked about their visions for Britain. 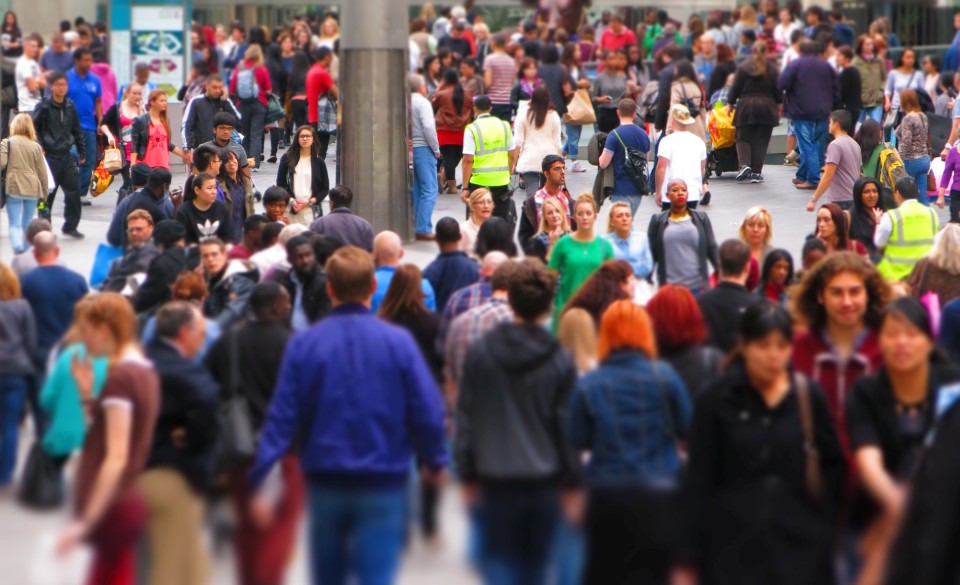 The EU referendum result exposed the enormous disconnect between the pro-EU views of the political class, and its affluent, metropolitan supporters, and the anti-EU views of the rest of the UK. It also exposed an enormous amount of elite snobbery towards ordinary voters. Many Remainers have been quick to dismiss those who voted to leave the EU as ignorant, foreign-hating, nationalistic bigots. They have also suggested that the issues at stake were too difficult for ordinary voters to comprehend. It’s clear that many Remainers have never stepped foot in strongly pro-Brexit areas, let alone tried to find out what Leave voters really think.

So, being based in the West Midlands, an ethnically diverse region in which almost 1.8million people voted to leave the EU compared to 1.2million who voted to remain, I decided to meet with Brexit supporters from Birmingham, Coventry and the Black Country. I discovered that the Remainers’ caricature of the Leave voter as a racist ignoramus was very far from the truth. The Leavers I spoke to were reasoned, sensible and motivated primarily by a desire for more control over their lives and more of a say on political issues.

Tanveer Khan, a taxi driver in Birmingham, told me: ‘I voted Leave to maintain sovereignty. It is about the dignity of the nation.’ Politicians don’t care about ‘common people’, he said, adding that ‘politics has become so stagnant that it stinks’. Hugh McDowell, a pensioner, echoed Khan, saying he wanted ‘control, simple as that. The British parliament should make decisions, and we can kick MPs out if they don’t do what they said they would do.’ Accountability and democracy were also the main issues for Terry Biddulph, managing director of an IT company in Birmingham: ‘I voted out because the EU is undemocratic. This is my principal reason. But in the media this issue is hardly mentioned.’ Sue Shrimpton, a foster carer in West Bromwich, is similarly concerned about a lack of control: ‘I voted out as I feel it’s about time we started to make our own decisions as a nation.’ Phil Harris, a lollipop man in Birmingham, told me, ‘I want us to take power back to our own country, and make our own decisions, not do what Brussels wants us to do. This isn’t about racism; I want my identity back.’

‘Identity’ came up a lot, connoting togetherness, belonging and a sense of common destiny. ‘I want us to look after our nation first and foremost’, said Khan. ‘It’s just like our relationships with our family and friends: I will always help my family first, but that doesn’t mean I don’t want to help my friends.’ Biddulph said it’s the EU that has caused hostility: ‘The EU has created divisions because we are losing our identity. People who lose their identity look for someone to blame, and often they blame immigrants.’

Biddulph touches on something important here: only a society with common values can truly welcome newcomers. If we have a strong sense of who we are, what we believe in, and what we value, then we will be more open and tolerant of different norms, values and habits.

The issue of immigration is undoubtedly important to Leave voters, but not in the way many have suggested. I didn’t encounter any hostility to immigrants. But there were concerns about the effect of the free movement of labour on jobs, wage levels and public services. Terry Biddulph’s wife, Sue, who works as a cleaner in her own domestic cleaning company in Birmingham, told me: ‘As long as people play fair I am happy for them to come over here. But they need to be able to support themselves. I know some people have escaped from terrible situations and war-torn countries, and they need our help. That’s fine – as long as we make things better for us first.’ McDowell said: ‘I do think we need to deal with the immigration factor; we are under pressure in schools, hospitals and other health services.’

It is particularly galling that Remainers accuse Leavers of being anti-immigration, given that since the start of this year 2,888 migrants have drowned in the Mediterranean – deaths that are primarily caused by the EU’s discriminatory migration policies. As Birmingham-based Richard Marks, who is currently out of work, notes: ‘Brussels tells us how many and which people we should let in. That’s wrong. I think, whether immigrants come from Australia, Europe, Africa or anywhere else in the world, there should be the same rules for whether or not they get in.’

All the Leavers were disgusted at how they have been portrayed in the media and by politicians. Roy Starkey, a train operator in Coventry, said he has lost respect for those who have ‘called us a bunch of racist chavs’. ‘The only people being attacked are those who voted Leave’, he tells me: ‘I have been to 40 different countries. When I go there I abide by their rules and respect them. I am no racist.’

Marks also dismisses the idea that Brexit voters are racists and bigots. ‘Far from it. I’m a big black man with dreadlocks and my partner’s French. There is no more racism today than in the past. It’s rubbish – all propaganda.’ Khan, who has lived in the UK for 20 years, similarly believes Leave voters are misrepresented. ‘As a taxi-driver, I am on the frontline. I have hands-on experience. I do not think there is any more racism today than before… We should treat fellow human beings with kindness. I think the media plays a part in creating divisions the way they report [racist incidents]. To me, common people are kind.’ Phil Harris agrees: ‘There are one or two racist idiots who voted Leave, but for each one of them there are thousands who voted Leave for very good reasons.’

Shrimpton is not impressed with the way Brexit voters have been sneered at by the establishment: ‘I don’t understand why they brand people who voted Leave as uneducated, racist idiots who only voted out so that they could get all the foreigners out… I am an educated woman who has chosen to foster babies, children and young adults of any race or colour. I find it really offensive that people who do not know me think it is okay to judge and criticise me for my vote, just because it differs from their own view.’

Some Remain voters are calling for the referendum to be ignored – or re-run – on the basis that those who voted Leave were ‘duped’ by the official Leave campaign’s lies. Yet trawl through the official Remain campaign’s propaganda and you’ll find many bare-faced lies. I doubt there is an election campaign in history that has not involved some false promises. Why do Remain voters presume that they are able to see through the fog of misinformation while Leave voters cannot? ‘These people who classify Leave voters as ignorant think they are intellectuals’, Khan tells me. ‘Just because they have a qualification from a university does not mean they are able to think outside the box.’

Many of those I spoke to were not even fans of those who supposedly duped them, including Nigel Farage and Boris Johnson. ‘To me, Farage is not appealing at all’, says Khan, ‘and Boris Johnson played a dirty game to try to become leader of the Conservative Party’. McDowell says: ‘I did not vote Leave because of Farage or Boris or anybody else. I hear Boris is now out of the picture [for the leadership race]. Next time there is a circus in town he could get himself a job there – as a clown.’

Most of those I spoke to had nothing but contempt for the entire political class, especially its behaviour after the referendum. As Harris points out: ‘Cameron took a gamble. He lost. And what did he do? He threw his dummy out like a baby and ran off. All the politicians at the moment are behaving like children squabbling among themselves. They are meant to be our leaders!’

Leave voters seem fully aware of the potential negative short-to-medium-term economic effect of Brexit. As Shrimpton put it, ‘We know that some aspects of leaving the EU will affect us all for a while, but in time we will be better off as a nation. To be honest, it can’t get much worse than it is already.’ Khan also pointed out that ‘there will be a financial impact – just like when two partners divorce and you end up with lawyers’ fees and so on’. But he believes the UK will benefit in the long-run: ‘We are funding the EU more than the EU is funding us.’ Similarly, Sue Biddulph recognises that it may be difficult as a small-business owner in the short-term: ‘I do think there will be problems initially, but I think it will come together.’ Her husband, Terry, is also confident that being out of the EU will eventually benefit small businesses: ‘It is the European elites that run the EU and they want to stay in the EU. Bankers and the corporates don’t want it to change. The EU stifles innovation. Small entrepreneurs struggle. My company – with 14 staff – is strangled by red tape. There is so much we cannot do because we haven’t got the resources to deal with all these EU directives.’

What I found most inspiring from the many discussions I’ve had with Leave voters is their sense of optimism and appetite for change. As Harris told me: ‘Politicians haven’t been listening to us. But now things could change. If politicians think they can continue in their old ways, we will make them listen. We will demand it.’ ‘It is scary but exciting at the same time’, said Shrimpton: ‘It’s sometimes good to embrace the unknown’. Starkey agrees: ‘I believe change is good. Change is opportunity and change is what the UK needs.’ Terry Biddulph says that the UK leaving the EU could prove an inspiration to our fellow Europeans: ‘They might just do the same.’