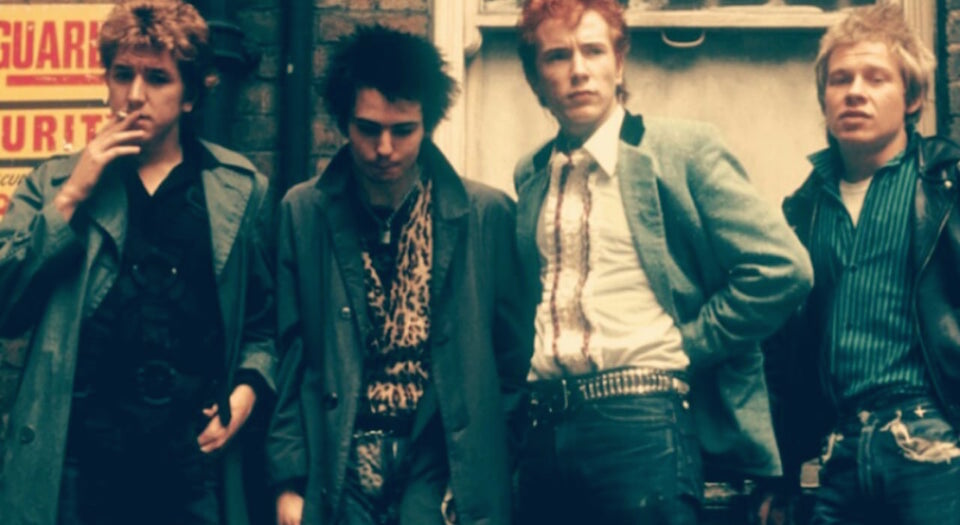 Anarchy in the EU?

Would the 1970s punk generation have backed Brexit?

Old, backward-looking, narrow-minded dinosaurs voted for Brexit. Anybody young, savvy and modern backed the Remain campaign. That is the conventional wisdom of the post-referendum debate, which paints a key divide over Britain’s EU membership in stark generational terms.

Radical Remainers angrily point to surveys suggesting that up to 75 per cent of 18- to 24-year-olds voted for the EU. Of course, the surveys also suggest that only 36 per cent of that age group actually voted (75 per cent of 36 being just 27 per cent of the total), and all of these guesstimates about who voted for what are based on the same useless opinion polls that insisted Remain would comfortably win the referendum. Nevertheless, it does seem clear that a large proportion of younger Britons backed Remain.

The more debatable question is: why? Is there anything inevitable about young people being more likely to support the status quo? Of course not. This apparent generational outlook looks more like a political one, reflecting the somewhat conservative, safety-first climate of the age. At other times, when there has been a different political and cultural mood, more young people might well have been more inclined towards Leave.

For instance, I like to think that the punk generation of which I was part, who came of age in the 1970s, would have backed Brexit in far larger numbers than their counterparts in 2016, if faced with the same sort of choice. (Whether any more of them would have voted is another matter.)

Not because they were Little England nostalgists or raving racists (although many were uncomfortable with the notion of mass immigration in the 1970s). But more because members of that youthful generation valued their independence too much to be told what to do by a motley Establishment alliance of political party leaders, big-business bosses and celebrities, or to want their hands held by Euro bureaucrats. And because, far from trying to keep things the same – to ‘Remain’ as they were – they were trying to ‘Leave’ the world of their parents, to kick against the status quo of 1970s Britain.

It might be objected that there really was a 1970s referendum on British membership of what was then called the European Community. In 1975, 67 per cent voted in favour of continued membership. But that was before many of us were old enough to vote and, in any case, concerned a very different European organisation. The EC of 1975 was essentially an economic community; it was known to most as the ‘Common Market’. Although the tendency towards greater centralised control might have been discernible even then, it was a far less monstrous, multi-tentacled political creature than the EU of today. It was no surprise that, although left-wing figures such as Michael Foot and Tony Benn called for a ‘No’ vote, the ‘Yes’ campaign for continued membership of the Common Market was backed not just by the Labour leadership but by most of the right-wing Tory Party, including its new leader, Margaret Thatcher. And would probably have been supported by young Boris Johnson.

If they had been faced with a choice about an overbearing Euro bureaucracy such as the EU of 2016, however, I suspect that many young people in the 1970s would have rebelled against it. And for very different reasons than those depicted in the caricature of old, reactionary Brexit voters in the current post-referendum discussion.

We are talking here about the wider punk generation, not the ‘punk scene’ – the relatively small number of often older pioneers and self-publicists in and around the bands, who produced the media image and soundtrack of the age. Most of us teenagers in the mid-to-late 1970s were not punks at all. In the Surrey suburbs where I grew up, few would have been caught dead wearing plastic bags and safety pins. We liked the music, though generally caught on somewhat later than the cool city kids. I recall a summer spent driving around in my mate’s car in Hawaiian shirts and sandals, repeatedly playing two cassette tapes (ask your parents); one by Earth Wind and Fire, the other the Sex Pistols’ classic, Never Mind the Bollocks.

But while not part of the elite scene, much of our generation still had what our local Woking band, The Jam (who we disliked, of course), have since characterised as ‘the spirit of punk’.

Nostalgic for an old Britain? The punk generation was almost defined by a rejection of it. We grew up in a society still suffering a hangover from the Second World War, evident in everything from comic books to political speeches. By our teens we had had enough of it. Siouxsie Sioux, probably my least favourite punk rock star, summed it up quite well: ‘We hated old people. Always going on about the War – “Hitler – we showed ‘im!”.’

We may not all have hated old people, but we definitely did not want to live in their Britain. That was why some punks went so far as to wear swastikas – not because they were Nazis, but as the most graphic possible symbol of their rejection of the old, staid society. And why very many more embraced the Pistols’ anti-monarchical anthem, ‘God Save the Queen’, while the nation was officially celebrating Her Majesty’s silver jubilee in 1977.

It might be hard to imagine anybody wearing swastikas for fun these days, or being attacked and arrested for singing God Save the EU. But backing Brexit would surely be in the same spirit of sticking two youthful fingers up to the Establishment and all it stood for.

Perhaps above all, what young people wanted then was to be independent of the older generation. We did not envy what they had. We just wanted our own lives. That was why many of us left home at the earliest opportunity, never to return, regardless of how well we got on with our families. Property prices of the 1970s might look like peanuts from today’s perspective, but teenagers still couldn’t afford them. So what? Many of us were happy to live in rented, infested hovels as a price worth paying for independence.

That desire for autonomy and independence was captured in many song lyrics of the punk era that resonated around 1976-8, from the Pistols’ ‘don’t be told what you want, don’t be told what you need’, to the Clash’s ‘who needs remote control, from the civic hall’. It is one reason why we might think that that younger generation had more in common today with those who rejected the elite’s pro-EU consensus and refused to be scared into doing as they were told by horror stories about a post-Brexit bogey-man.

None of this is to suggest, by the way, that generation punk had a lot of high-minded political ideals or optimism about changing things for the better. The radical idealism of the 1960s had largely disappeared by the mid-to-late 1970s, buried beneath the grim realities of Labour governments and economic recession.

But there was a potent sense, as the Stranglers had it, that ‘Something Better Change’, even if it was only articulated in the Damned’s advice to ‘Smash It Up, Smash It up’. When post-punk popsters the Members observed that a suburban ‘Youth club group used to want to be free, Now they want Anarchy!’, they were not talking about the anarchist philosophy of Pierre-Joseph Proudhon, but a vaguer sense that something had to change and almost anything – even nothing – must be better than this.

True, that sentiment for ‘Anarchy in the UK’, with its slightly nihilist undertones, might not have provided a progressive vision of the future for 1970s youth. But it is harder to see how it could have resulted in an enthusiastic endorsement of something as conformist as continued UK membership of the European Union. More like anarchy in the EU?

Yes, some famous figures from the punk years backed the Remain campaign; Sir Bob Geldof made a bigger fool of himself than usual by screaming abuse at Nigel Farage on a Thames booze cruise, while even the normally entertaining Johnny Rotten/Lydon declared down the phone line from his California home that Brexit would be ‘insane and suicidal. We’re never going to go back to that romantic delusion of Victorian isolation, it isn’t going to happen.’ But this surely says more about how some leading lights of the punk scene have dimmed in middle age, at a time when the 40th anniversary of punk has itself bizarrely become a subject of official nostalgia, with a major exhibition at the British Library and a year-long legacy project, Punk London, promoted by former mayor Boris and funded by the National Lottery.

In reality there is no call to be nostalgic about any of this. It would be hard for anybody seriously to suggest that the late 1970s were the good old days. And generation punk was definitely no ideal ‘role model’ for youth, influenced as it was by the usual mix of prejudices – including, among those on the punk scene itself, a condescending attitude towards the toiling mass of British ‘sheeple’.

In any case, I could be mistaken of course; trying to read history backwards is almost as hazardous as trying to predict the future using those hopeless opinion polls. But it seems to me that the 1970s generation would have been more sympathetic to the spirit of breaking with the past and kicking against the status quo represented by Brexit (if not exactly by Johnson or Farage).

That does not make them in any way better than the current crop of youthful Remainers. It merely illustrates that there is nothing pre-determined about generational attitudes. In the end, it is always the prevailing political outlook and cultural climate that matters most. And that can always be challenged and potentially changed. But not, perhaps, by acting as the radical wing of a conformist campaign to prevent change, defend the status quo, and stop anybody from smashing up anything.