How the elite weaponised immigration

Using migrants to push multiculturalism has been a disaster. 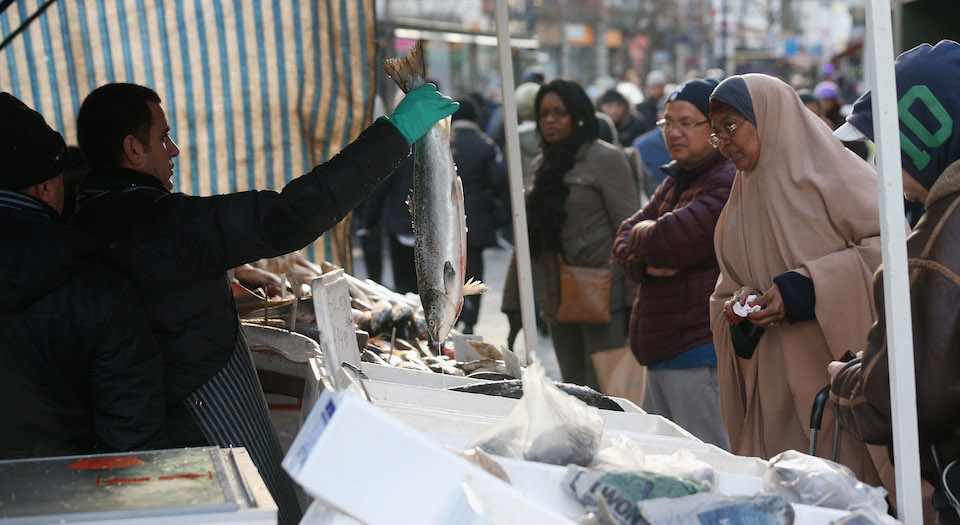 Freedom of movement ought to be one of the cornerstones of an open, liberal society. The freedom, that is, not just to seek refuge, but to search for a better life elsewhere, to pursue one’s dreams and ambitions in territories far from one’s birthplace.

Yet if the commitment to free movement is to be more than a shallow, feelgood posture, we need to recognise, in the here and now of a 21st-century Britain, that immigration troubles and discomfits people. Indeed, it appears as a socially disorienting force, overturning the everyday rituals, customs and other unspoken components that make up a community’s way of life. ‘I feel we are losing our country’, ran the pre-referendum refrain.

So why does immigration appear as a profound threat to the way of life of so many? The answer is to be found not in immigration itself, but in the context in which immigration has assumed, almost inadvertently, a quasi-missionary role – the context, that is, of a Britain that no longer knows what it is, or what it is for.

This is not the cry of the everyman, who feels he is losing his cultural moorings; it is principally the angst of Britain’s ruling elite, which feels it has already lost its cultural moorings. The historical sources of British national identity – Empire, Unionism and, latterly, the Second World War and the Cold War – and the moral confidence that flowed from them, have long since dried up. National traditions, canons, values are now experienced by Britain’s elite not as the substance of Britishness, but as dead weights around modern Britain’s neck – to be cast off, dumped. And the political elite’s wilful estrangement from its own traditions has transformed the role of immigration, and, crucially, diminished the significance and meaning of national borders.

Consider the idea of the border at its most abstract. As Frank Furedi has explained, the creation of a border is born in the act of judgement, the desire and need not just to demarcate, but also to discriminate, be it between good and evil, or between humans and animals. In territorial terms, therefore, the border is the means by which a community discriminates between us and them, the means by which it judges what it is, and what it is not. The border is not just a line on a map; it is an expression of a community’s sense of itself, of what – and where – it is.

But what if a community’s sense of itself is fragmenting? What if its rulers no longer have a clear sense of what their nation means, or what it stands for? What then? A nation’s borders really do start to appear, not as the outlines of a community’s self-expression, the domain of its sovereignty, but as little more than lines on a map, arbitrary boundaries demarcating long obsolete cultural differences. For a nation whose rulers lack a sense of what that nation stands for, borders really do appear meaningless.

And here’s why immigration has become a problem. Our post-traditional, postmodern rulers, have simultaneously devalued borders and valorised immigration. And, in doing so, they have weaponised it. They have turned immigration into the means by which they transform society, bring it into line with their borderless, vacuously cosmopolitan vision. The immigrant here is not an autonomous individual, an end in himself. He is a means to an end, a political tool to create a multicultural, margin-less society.

This was the semi-conscious purpose of New Labour’s immigration policy between 1997 and 2010, a period during which annual net migration quadrupled from 48,000 people in 1997 to 198,000 by 2009. As Labour speechwriter Andrew Neather infamously put it in 2009, ‘mass immigration was the way that the government was going to make the UK truly multicultural’. In 2012, UN migration chief Peter Sutherland went so far as to pay tribute to the UK’s immigration policy, on the grounds it furthered ‘the development of multicultural states’, and undermined the ‘homogeneity… of the people who inhabit them’.

There is a twofold problem here. First, diversity itself is a fact, not a value. People are different. Big deal. To try to turn it into a societal value is really an after-the-fact rationalisation of a society that can no longer generate a coherent sense of what it values, a society that lacks the ability to integrate incomers because there is nothing to be integrated into. And second, the attempt to turn diversity into a value, and, in the process, turn migrants into the agents of the brave, new multicultural world, is experienced by Britain’s indigenous population, especially the white working class, as a cultural assault, an attack on their very identities. That’s why those who claim Britain’s working class voted to leave the EU because they blame immigrants for taking their jobs miss the point. Immigration is experienced not just as an economic threat; it is also experienced as a threat to people’s very way of life.

The political elite is not blind. Its members know that we don’t actually live in a borderless world. They know, as one Labour MP noted, that the working class ‘feel their cultural identity is under threat’; and they recognise, therefore, that a sense of what the nation is, a sense of what binds us together, remains important. But whether it’s a Britain Day, or a call to teach British values, policymakers’ proposals to that end are weak and platitudinous. They dress up diversity as a value, multiculturalism as a virtue. And, unsurprisingly, it is to no avail. A community’s often unspoken self-identity, its deep sense of moral consensus, can’t be invented in Downing Street or Whitehall. If it is to have any resonance, it has to come from the bottom up, not the top down.

And that’s why immigration is experienced by so many as a problem: it has become a top-down means to engineer a new post-traditional, post-national, postmodern society. But it’s still possible to defend free movement. To do so, we need to de-weaponise it. We need to present the migrant not as an elite project, a means to a multicultural utopia, but as someone pursuing his own ends, an autonomous individual with ambitions and aspirations just like ours.