The 2,000-year, ongoing fight for democracy

From Plato to post-Brexit Britain, democracy has always been in peril. 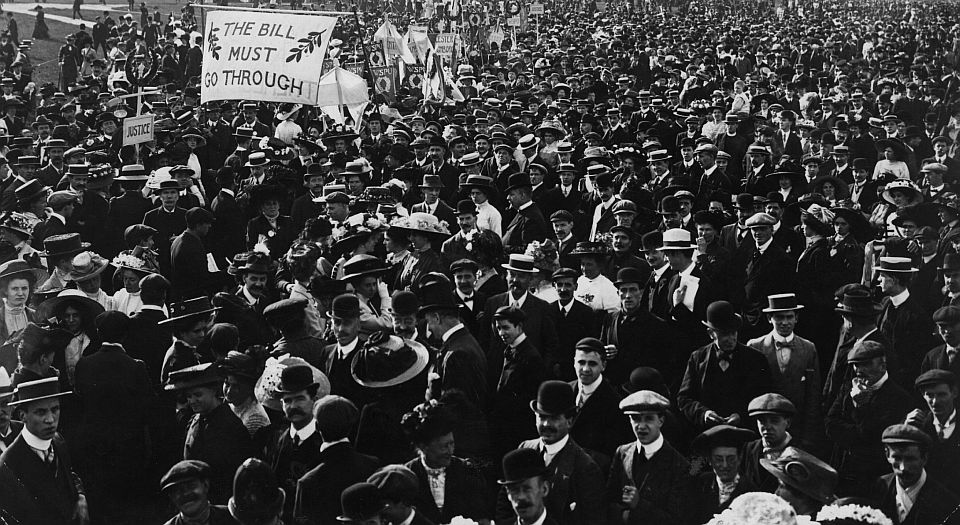 The vote to leave the European Union was the biggest democratic mandate in British political history. Those 17.5million Leave votes represented a decisive, democratic choice that, in terms of individual voters, outstripped that made in any past referendum or General Election. And the result has sparked horror. The political, media and capitalist class – united in its support of a Remain vote – has been left reeling, leading to talk of another referendum, blocking the vote in parliament and a flood of bile directed at the ignorant voters who are said to have thrown politics into chaos.

The response has been terrible. We have been told voters were misled, played and duped. That, in effect, voters are so stupid, so plagued by prejudice, that consulting them on this profound political question was a mistake. Democracy itself has been called into question in a bald, unashamed way. But we shouldn’t be surprised. Those who support the EU, a body designed to protect politics from the people, can hardly be relied upon to defend popular sovereignty. What’s more, the response was also entirely in keeping with a disdain for democracy that has existed for millennia. Democracy has always been fragile.

In Ancient Athens – the birthplace of democracy – philosophers feared public rule. In Republic, Plato wrote that common men had ‘no true knowledge of reality, and no clear standard of perfection in their mind to which they can turn’. Instead, the ideal state would be ruled by ‘philosopher kings’, those versed in mathematics, politics and science – those with the ‘capacity to grasp the eternal and the immutable’. In short, a society ruled by experts, by benevolent dictators. ‘There will be no end to the troubles of states, or of humanity itself’, he wrote, ‘till philosophers become kings in this world’.

Many of posterity’s most forward-thinking, dissident thinkers nonetheless feared the public will. Even the philosophers of the Enlightenment, those who tore up tradition and dogma, still clung to Plato’s philosopher kings. Voltaire, Kant, Rousseau – each of them favoured a benevolent, rational monarch to maintain order, steer the ship and temper the passions of the public. The French revolutionaries turned the political order on its head, but Robespierre nonetheless warned that ‘human authority can always be attacked by human pride’ – in the absence of the monarchical order, he said, there must still be a ‘power superior to man’.

The battle for the vote in Victorian England looked to upend this age-old consensus. The Chartists argued that working-class men possessed the capacity to shape politics, even more so than those in power: ‘We have met with untutored mechanics – men who made no pretensions to learning – whose views on political topics were clearer, and their sentiments more just, than nine-tenths of the right honourables who sign MP after their name.’ But the elite met the Chartists’ demands with condescension and disdain. ‘Manual labour’, read a Times editorial in 1839, ‘is the species of labour which is most unfavourable to mental cultivation and acquirement of any kind’.

Worse still, the Chartist agitators were said to be the dupes of demagogues and special interests, such as landowners looking to repeal the Corn Laws. An editorial in the Morning Chronicle said that the ‘spouters at meetings of the working classes’ exploited the ‘astonishing ignorance and credulity on the part of the hearers’. The ‘working classes’, it said, ‘do not speak with their own voice’. A few decades on, the Suffragettes were told that women lacked the ‘physical, moral and social’ resources necessary for the franchise – and that they would merely ‘double the vote’ of their husbands.

In the 20th century, the victories for universal suffrage continued to appal the opinion-forming set. The elitist thinker Walter Lippmann’s 1922 book Public Opinion described the masses as a ‘bewildered herd’, blighted by ‘ignorance and stupidity’. This disdain cut across right and left. In his 1942 book Capitalism, Socialism and Democracy, the Czech social democrat Joseph Schumpeter argued that we attributed to mankind an ‘independence and a rational quality that are altogether unrealistic’. He favoured a limited democracy, with a small array of technocratic parties, held together by a vast bureaucracy. Schumpeter, unsurprisingly, was one of the central intellectual inspirations for the European Union.

Democracy may seem, in the modern West, to be an inviolable principle. Something as natural as the air we breathe. But it remains under threat. Fashionable thinkers like Noam Chomsky, the doyen of modern left intellectualism, talk of the ‘manufactured consent’ of publics, brainwashed by the media. We are told it is tabloids wot win elections, and demagogues that swing referenda. And we are faced with national and supranational elites that think decision-making is best done by bureaucrats and experts – by philosopher kings.

After Brexit, there is no time for complacency. We must be vigilant. More than ever we must stick up for self-determination, for popular sovereignty, and for the wisdom of the herd. The fight for democracy is one of the most urgent and important causes of our time.