Yes, this is a crisis – a brilliant crisis packed with possibility

Be not afraid of Brexit: it is a wonderful moment for rethinking society. 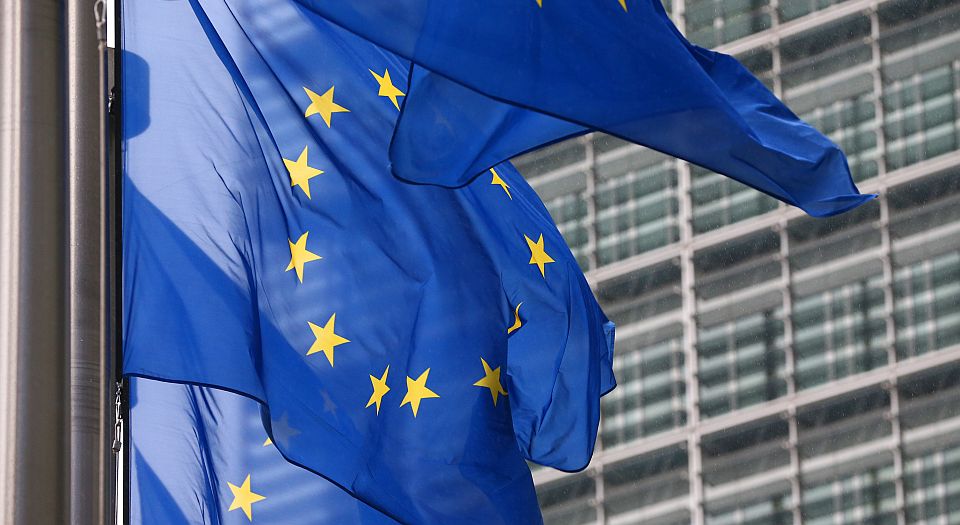 The fallout from last week’s EU referendum has brought one thing in particular into sharp, unforgiving relief: the immaturity of the British political class. I have never been a fan of the politicians and institutions that govern Britain, nor of the media elites and expert cliques that increasingly make up a key plank of the political realm. But even I’ve been shocked at the infantile nature of their response to Brexit. They’ve responded with fear, distress, emotionalism, statements about feeling ‘lost’, and they now run a serious risk of talking Britain into a state of crisis. We now know that we are ruled by a political class that lacks the institutional, intellectual and moral resources to deal with the uncertainty that attends major change.

Listening to politicians and the opinion-forming set, you’d be forgiven for thinking Britain was about to expire, or at least collapse into an historically unprecedented state of irrelevancy and difficulty. The political and media elites are feverishly predicting economic and social disarray, and in the process they threaten to make such things a greater possibility than they otherwise were. There’s been non-stop handwringing over the turmoil in the markets, even though it’s been fairly minor, and even though such panicked chatter could have a real impact on economic matters, primarily through making both domestic and foreign businesses even more reluctant to invest and hire in this nation apparently heading to catastrophe.

Even worse, politicos talk up the dangers of social conflict. They claim there’s been a huge rise in racism in the five days since the referendum. They are in essence scooping together relatively normal and unfortunate instances of low-level prejudice, and cynically systematising them, packaging them up as a post-referendum pogrom. It is a see-through effort to construct a moral panic. Not only is this deceptive, it is also grossly irresponsible, speaking to the irrationalism of their referendum response, since it threatens to convince certain communities they are under threat and to intensify social suspicion. Others, meanwhile, tell us that young people’s futures have been ‘destroyed’ by the referendum result, inducing alarming levels of fatalism and fear among certain constituencies of the young. A Guardian journalist went so far as to suggest that perhaps young people should ‘abandon Britain… a country that clearly hates them’.

The visceral nature of the chattering classes’ response to Brexit is captured in their numerous statements about feeling scared. They speak in the language of the threatened child rather than an in-control class. Britain is ‘in crisis and scared’, says Green MP Caroline Lucas. The headline to a piece by an EU-supporting academic said simply: ‘I’m scared.’ ‘I’m just frightened’, said a columnist for the New Statesman, the supposedly rationalist left magazine. There’s a performative element to these declarations of fear and predictions of crisis. They’re intended to demonstrate the political and media elite’s strength of feeling about the EU. They are elevating their need to advertise their heightened sensitivities, their grief for a cosmopolitan institution they loved, over the more pressing task of rationally grappling with a new reality.

These infantile expressions of personal fear find institutional expression among a political class that has gone into meltdown in response to the result. No one seems capable of taking charge, of confronting reality. Evasion and cowardice are the order of the day. David Cameron has backed off from his promise to swiftly enact the people’s decision; Labour has evaporated as a political force; other political actors agitate against the public call for a Brexit, or hope the momentum behind it will slow. The combination of fear and incapacity that now defines Britain’s political elite was captured in the disturbing, seemingly late-night language used by Labour MP David Lammy: he described the anti-EU vote as ‘madness’ and a ‘nightmare’ and said parliament should override it. Madness, nightmare… it was a stark insight into the minds of the ruling class, not only in terms of their disdain for democracy, but also their immature feeling of crisis and incapacity.

The elite’s disturbed response to the Leave victory is striking for many reasons. First, it rather shatters their claim that it is we the people who respond overemotionally to political matters. In truth, where the electorate calmly and seriously, and in huge numbers, went to polling stations and made their consciences known, it is the political class that has found it difficult, if not impossible, to approach this political reality rationally and honestly. Second, it shows how far the elite has internalised the politics of fear. Their fearmongering, their key political style today, is not some cynical exercise; rather, it speaks to their very real sense of things being out of control and their feeling that they lack the moral or institutional means to deal with things.

Thirdly, and most importantly, their response speaks to the shrivelling of the political realm. It is a consequence of that shrivelling. Having overseen the reduction of politics to technocracy, covering mostly minor matters such as reducing pollution levels or slapping warning labels on foodstuffs, the political class has lost the ability and resourcefulness to handle politics on a larger scale. And make no mistake, that is what the people did last Thursday: took a big, meaningful political decision, which will change Britain and the EU and impact on the global order itself. This will create uncertainty, of course, and be understandably disorientating for an elite wedded to the idea of Britain staying in the EU. And it is clear that our post-political political class, having abandoned politics for merely managing society, is now utterly bereft of the experience or the institutional strength required to confront the uncertainties that can be unleashed by huge political shifts. Lacking political nous, unrooted from society, inexperienced in real change, they respond to Brexit with embarrassing cries of ‘I’m scared’.

Well, they need to grow up. And fast. Of course Remainers will feel bruised by the referendum result. But enough is enough. They have a responsibility, in a democratic society, to engage with majoritarian opinion and to respect its writ (if not its content — that part is up to them). The political class in particular has a responsibility to heed and act on the will of the people. Yet what we have now is something genuinely awful: a situation where our political class, from a combination of internal disarray and anti-democratic sentiment, seems keen to oversee a slow-motion shelving of the idea of Brexit, a fudging of the momentum behind it. There’s a real possibility Brexit won’t happen, and that would be an outrage.

Brexit must happen, and it must happen now. Our political class must invoke Article 50 and set in motion the thing that a majority of the British people want: to leave the EU. More importantly, they must realise — we all must realise — that uncertainty isn’t only something that knocks us for six; it is also an opportunity. Indeed, a crisis isn’t a bad thing: it’s a moment of choice, of clarity. It comes from the Ancient Greek krinein: ‘to separate, decide, judge.’ That’s what we must do now: behave as adults, make judgements, take action. If the people’s vote has brought about a crisis, then it is one bristling with possibility, alive with ideas, packed with opportunities for reimagining the political realm and the role of the people. It’s a wonderful, dynamic moment, and it would be a crime to allow it to be reduced to a downbeat, fearful episode by a political class scared of us and scared of the future.

For us at spiked, the post-referendum moment represents a chance to remake the case for a truly radical democratic politics, which eschews both the elite’s tendency to hide behind detached cosmopolitan institutions and the right’s preference for a mean-spirited nationalism, and instead says: trust the people, engage with them, and make the case for a new era of democracy and freedom that might just sweep away the scared political pygmies that currently govern us.