Why today is a great day for democracy

Yes, Pandora’s Box has been opened. Let’s keep it that way. 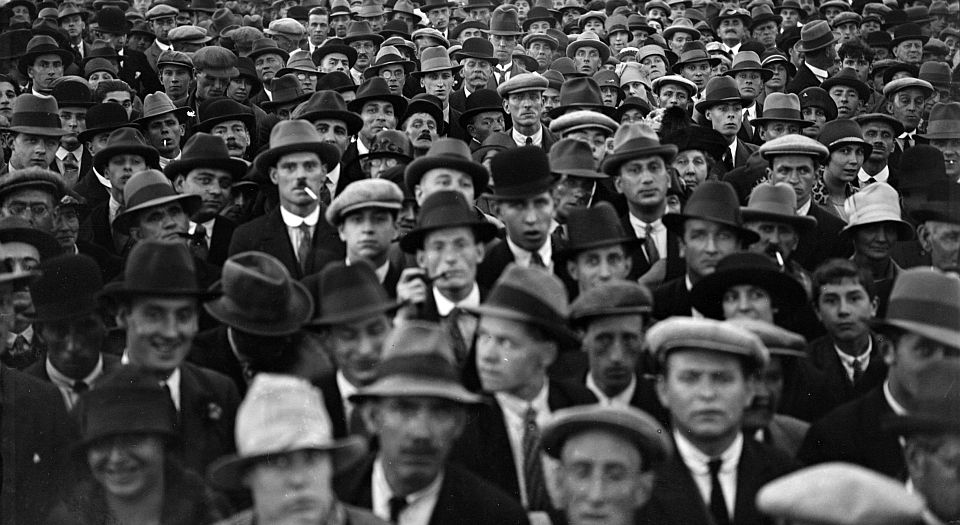 Today is a really good day for democracy. For British voters have been entrusted to make a real decision. A decision that could have a massive impact on both British politics and the global order. Where in recent years voting in General Elections has come to feel routine, and possibly even a little pointless, given you couldn’t squeeze so much as a beermat between the policy programmes of the main parties, today’s vote feels heavy, solid, like we’ve been given real democratic responsibility. I know that when I cast my ballot early this morning — for Leave — I felt powerful in a way that I didn’t on the two occasions I’ve voted in General Elections. I felt like a true democratic citizen, making a choice that could make a ripple in history itself, and make the future look very different to what we have today. It felt good.

This is what we at spiked have found most exciting about the referendum campaign. Even though the debates have been lame, and both sides have plumped for the politics of fear, still there is something stirring about being asked: ‘Do you want to change Europe’s political order?’ The radicalness of that question has — quite by accident, given that the referendum’s architect, David Cameron, is hardly a democratic firebrand — served as a brilliant reminder of what it means to be a member of a demos. Too often today, it can feel like we are technically enfranchised, with all over-18s enjoying the right to vote, but politically disenfranchised, as more and more of the big, society-shaping issues are taken off the political agenda. But with today’s vote, we’ve been properly enfranchised, properly entrusted, to decide the fate of our nation, and of the EU itself, to rearrange the world order, if we like.

It is precisely the hugeness of this decision that we the people have been entrusted to make that has made the political and media elites look upon the referendum with fear and loathing. They despise the referendum, openly. In recent weeks, the political class and broadsheet set have argued that it was a monumental folly to put the future of the EU in the hands of ordinary people. These people, especially ‘older white men’, especially the less well-educated sections of society in which emotions ‘play a larger part than rationality’, apparently lack the expertise required to make such a major political decision. The EU is ‘too difficult and detailed’ an issue to be left with the uneducated, with those unversed in economics and diplomacy. In recent days this elite panic has reached fever pitch. We’re witnessing a ‘bonfire of reason’, says one columnist. We can’t stand by and watch ‘idiots breaking things’, says another, meaning voters possibly rejecting the EU. The metaphor many are reaching for is Pandora’s Box. ‘Pandora’s Box has been opened’, says a petrified New Statesman, unleashing ‘dark forces and furies into the body politic’.

We should be glad of all this naked elitism, of this media and political agitation with the fact that the masses have been asked to make a real decision for a change. Because it utterly explodes the myth that they are interested in engaging with us. In recent years, inhabitants of the Westminster bubble and media circles have gone on endlessly about the need to get more Ordinary People into politics, on to focus groups, ‘having their say’. There have been ceaseless campaigns to get the vote out, to ‘empower people’. And now we know they didn’t mean a word of it. They like the demos when it’s making small decisions, when it’s nodding along at a staged focus group, when it’s putting an X in a box for parties that are indistinguishable — that is, when it isn’t really behaving as a demos at all. But when we’re asked to decide on something as big as the very nature of our nation, they go into meltdown. Their true dread of the demos comes out. Make no mistake: these people want to keep real politics to themselves, and we are at best occasional decoration, a lick of democratic gloss. And now we know that. And it’s good to know that.

Nonetheless, I like their metaphor of Pandora’s Box. Because they’re right. Pandora’s Box has been opened — and that is a bloody good thing. The language that the opinion-forming set has used in recent days to describe the views now being expressed in public has been truly foul. It is as if ‘the sewers have burst’, says one columnist; this referendum has ‘lifted several stones’, says another; it has created space for ideas ‘once kept under wraps in the home, pub and club’, says another. We now need a nicer, tamer politics, they say, and a keener appreciation for the establishment, not all this ‘brainless paranoia’.

Their instinct is to shove the idiots, the plebs, back under their stones, back into their sewers, back where they belong, back in Pandora’s Box, which in Greek mythology contained all the evils of the world. They want these evils, these ‘dark forces’ — by which they mean views they disagree with or dislike — locked away again, far from ‘the body politic’. Their elitism, which normally comes in liberal-sounding euphemisms, is explicit now: they want the body politic to remain the property of experts, Eurocrats and the establishment, not the little people whom they view as bigots, if not as insects. Well, tough luck, for Pandora’s Box is open, and there’s no closing it.

This is the great thing about today. Regardless of the result — which the bookies are predicting will be a win for Remain — the ‘furies’ have been released. The legitimacy of the EU has been put up for question. The right of this oligarchy to exist has been made a matter for public debate. It has stirred up democratic agitation — or what the elitists view as ‘bigotry’ — not only in many working-class parts of Britain but across the continent, too. Eurosceptics in France, Italy, Holland and elsewhere, whose number include poor people, middle-class people, workers, leftists and rightists, now feel even more inspired to question the EU. So our betters are right to be scared. They’re right to quake. Their politics of fear isn’t a show — they really are in the grip of fear, and they ought to be. For people have been given a taste of a real democratic decision, and they won’t soon forget it, or forget the absolute terror it induced among the political class. So go and vote; use your power that so horrifies them; be part of a demos, and remember what it feels like.