Why nobody is really pro-EU

It is fear of voters, not love for the EU, that stirs Remainers' hearts. 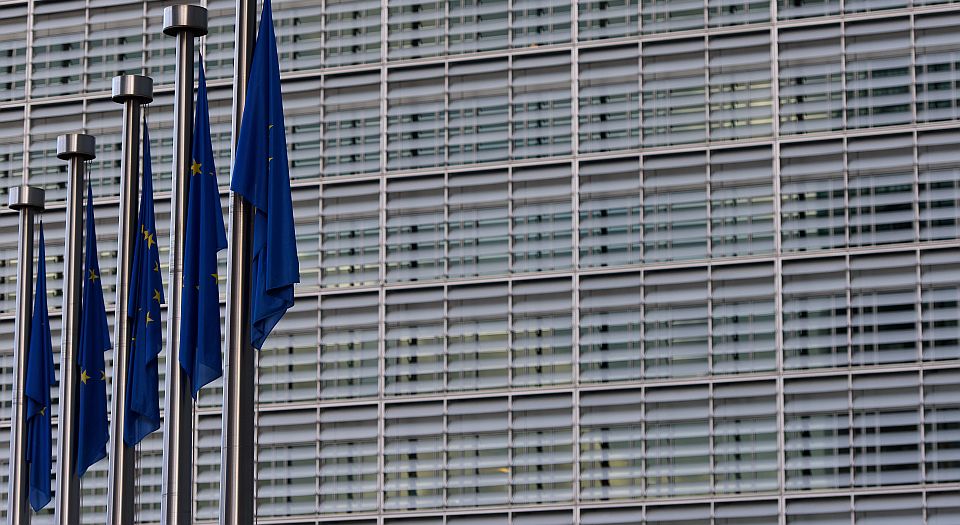 Listening to Labour leader Jeremy Corbyn, his mind glazing over while waxing prosaically about why we should stay in the European Union, ‘[an institution] I have no love for’ as he put it this week, captured an inescapable truth: the EU inspires no one. Not even its supporters. So, even if, as pollsters are now suggesting, Remain wins tomorrow, it will do so in a climate in which no one really loves or even very much likes the EU.

Just listen to someone make the case for Remain: they’ll admit the EU is flawed; they’ll say it could be more democratic; and they’ll even acknowledge that, despite some left-ish postures, it has screwed whole peoples over, strangling the life out of Greece, economically colonising Italy and Ireland, and causing chaos in Ukraine. It makes for a dispiriting sight. When Remainers make their furtive pitches, their hearts don’t swell; they sink, weighted down by caveats, bad faith and dead-eyed pragmatism.

‘I have no illusions left about the EU’s shortcomings and overreaches’, writes one EU champion; another pays due acknowledgement to it ‘as a cruel, fanatical and stupid institution’; and one left-leaning Remainer admits that ‘[the EU] has an executive so powerful it could crush the left-wing government of Greece; a legislature so weak that it cannot effectively determine laws or control its own civil service. And a judiciary that, in the Laval and Viking judgments, subordinated workers’ right to strike to an employer’s right to do business freely.’ With supporters like this, who needs UKIP?

In a sense, Remainers’ struggle to seize the EU day is understandable. After all, what exactly does the EU offer to inspire people? What is there to champion, to praise, to fight for? There’s the founding myth, which tells of Europe’s ravaged not-so-great powers, France and Germany, clubbing together to stave off future conflict. But it’s a myth that never really rings true, that remains stubbornly mythical – no one really believes it. That a third world war has not erupted in the Old World owes more to the exigencies of the Cold War and cold-eyed economic pragmatism than it does to the EU. Besides, the EU, as we know it today, was born not in the 1950s, but in 1992, with the Maastricht Treaty. It was a realpolitik response to the economic implications of a reunified Germany, and an irrational reaction to the imagined consequences of the reunified will of the German people. Only the most bug-eyed xenophobe could draw inspiration from a political project premised on little more than ‘reining the Krauts in’.

The ideological absence, the sheer intellectual and cultural lack at the heart of the so-called European project, is writ large in its putative symbols: they refuse to say very much. Take the EU flag, for example. As we know, it comprises a royal-blue background offsetting a circle of 12 gold stars, and ostensibly signifies the coming together of European nations (the stars) in a non-hierarchical union (the circle). Although its originator, Arsène Heitz, later admitted that he had taken his design cue from the Book of Revelations’ woman of the apocalypse, and her crown of 12 stars. There’s no eschatology here. Rather, there’s a symbolic acknowledgement of what the EU is not: it’s not a union in the strong sense, hence the stars are separate (rather than joined, as, for example, in the colours of the Union Flag); and it lacks a cohering centre, hence the stars circle nothing. To the extent it conveys anything at all, the flag expresses a sense of the EU as a loose hanging-together of nations – or better still, a huddling together of national elites, in the royal blue of a European nowhere. To many, it means diddly squat.

And then there’s the EU anthem, which is based on the final movement of Beethoven’s Ode to Joy from his ninth symphony. This is a high point of German Romanticism, indeed of European culture. It ought to be saying a lot. But it’s not, because the 1783 lyric by Friedrich Schiller, which inspired it, says too much, and, worse still, does so in German. And the EU does not have a language, and, even if it did, it probably wouldn’t be the mother tongue of the Fatherland. So the EU dropped the words, effacing any substantive, positive content, and reduced the ode to little more than a vague, bland sentiment. It’s now an ode to not very much.

The wilful paucity of the EU’s symbols, their determined inarticulateness, is no accident. Rather, it reflects the EU’s inability to realise itself as anything more than a pragmatic arrangement, sustained by the vested, demos-dodging interests of isolated political elites. It is incapable of inspiring any symbolism, because there is so little spirit to symbolise.

All of which raises the question: what it is about the EU that does appeal to its supporters? But that question misses the point. This is not black magic – there is no secret subtext that only EU initiates can decipher. There really is nothing appealing about the EU. As a pragmatic, political arrangement, which has done terrible damage to whole nations, it is steadfastly rebarbative. Its supporters cannot be attracted to it. They see its flaws, the way it treats people, its flight from accountability. So, no, they’re not attracted to the EU – they’re repelled towards it, repelled by the sight of ordinary people being able to determine their political future, by the spectre of the democratic will, in all its grubby uncontrollability and aspiration. It is fear of people, not love of the EU, that makes Remainers’ hearts beat that little bit faster.

In the EU, then, Remainers are seeking refuge from the demos, not seeking the promised land. That’s why those urging a Remain vote, often consciously in spite of themselves, almost always point to the likes of prominent Leavers like Nigel Farage or Katie Hopkins or even Boris Johnson, and say, ‘Look at the company I’d be in if I voted out – that’s why I’m sticking with the EU’. But this is not really about individuals like Farage or Johnson. They merely serve as metonyms for sections of the electorate itself, sneaky shorthand for Remainers’ real fear: flesh-and-blood voters. So those turning their nose up at a Leave vote, and choosing, in utter bad faith, to stick with the EU, are doing so because they’ve got a whiff of the electorate. That is what really gets up their noses, stimulating all their pent-up fear and loathing, not some ‘neoliberal’ establishment, or a crap anti-immigration billboard poster, or an Old Etonian spouting baloney about Hitler.

In short, Remainers are not really pro-EU at all; rather, they’re anti-democracy, often in the most snobbishly PC of terms. And that, as we at spiked have been arguing all along, is what the EU referendum is really all about: whether you are for or against people potentially having just that little bit more control over their lives.