The lone wolf: a terrorist in search of a cause

How the politicisation of identity can foster furious violence. 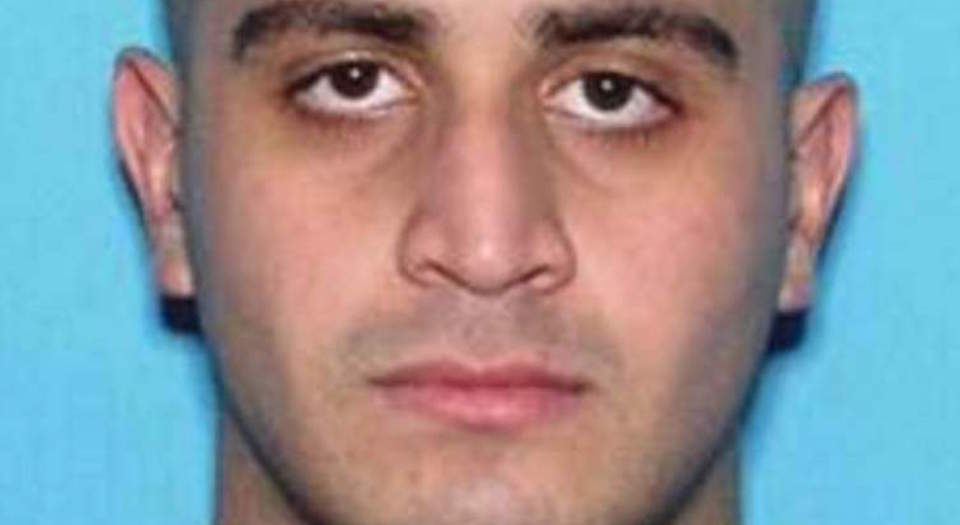 Acts of terror inevitably raise the question, ‘why?’. We often struggle to give meaning to these acts. That is why there appear to be so many more questions than answers in the aftermath of Omar Mateen’s murderous attack on a gay club in Orlando. And, unfortunately, because of the absence of meaning, there is always a temptation to interpret the particular act of terror in a way that reinforces one’s preconceptions and prejudices. As a result, a community’s search for meaning turns into an unseemly squabble.

In the 21st century, our understanding of violent acts of terrorism has become increasingly confused. The realisation that there are groups of individuals who have no qualms about launching large-scale, indiscriminate attacks on people in bars, clubs, restaurants, schools and other public institutions has given the terrorist threat an all-too-intimate character. The figure of the homegrown terrorist shows that the threat we face is not from without, but from within our own communities. And now the figure of the homegrown terrorist has acquired a relatively new form: the ‘lone wolf’ terrorist.

Lone wolves are individuals like Mateen, malcontents with no apparent connection to any organised group. A lone wolf may commit violent acts in the name of a movement or ideology, but he does so alone, outside any command structure or organised network – he may not even have had any contact with the terrorist organisation in whose name he acts. Lone wolves have a long history. Some of the most famous political assassinations, including the shooting of US president John F Kennedy in 1963, were carried out by lone individuals rather than groups.

It is always difficult to understand the motivations of lone-wolf terrorists, or even to be sure that the attacker in question is not simply an armed killer using political rhetoric to justify very personal impulses. Often in the aftermath of a lone wolf-style attack, we attempt to find clues as to why he acted as he did. We scrutinise his past conduct; we interview family members, schoolfriends and workmates. At most we’re able to construct an individual’s biography, perhaps even find clues about what went wrong with that individual. But it’s all only in retrospect.

In the case of Mateen, we have discovered that he abused his former wife, that on more than one occasion he was interviewed by the FBI, and that he possessed a lot of guns. We learnt from his father that he became angry when he saw two gay men kissing in front of his three-year-old son. And now there are numerous reports that he had issues with his sexuality and may have been a closeted homosexual. Yet while this information sheds potential light on his personality, it does not help us to understand why, during his killing spree, he decided to make a phone call to swear allegiance to the Islamic State.

The simplistic idea that one thing leads to another seldom explains the specific actions of an individual: anger does not drive people to commit an atrocity; being an abusive husband does not lead to mass murder; and, contrary to the slippery-slope theorists, dislike of gay people does not necessarily end in a rifle-assault on a gay club.

Even the meaning of Mateen’s pledge of allegiance to ISIS is far from clear. All that we know for certain is that he chose to appeal to a readymade and widely recognised radical jihadist script. What this shows is that radical jihadism is being used by individuals to endow their individual acts with wider religious or political significance. It also suggests that some individuals look to the radical jihadist narrative to turn their frustrations and anger into something more – a cause.

Assigning motivations and goals to individual acts of terror is inherently subjective, especially when terrorist groups do not claim responsibility. These difficulties are amplified in cases of lone-wolf terrorism. Bruce Hoffman, a US-based terrorism expert, draws a distinction between terrorists and ‘lunatic assassins’, who may use identical tactics and perhaps even seek the same objective (for example, the death of a political figure), but who have different purposes. In contrast to the terrorist’s larger political, ideological or religious ends, which transcend the immediate target of an attack, the lunatic assassin’s goal is more often ‘intrinsically idiosyncratic, completely egocentric and deeply personal’ (1).

Many lone wolves do appear to be driven by motives that are deeply personal. Timothy McVeigh, who killed 168 people in the 1995 Oklahoma City bombing, justified his act in political terms. But it was clear he was driven by personal motives. David Copeland, who became known as the ‘London Nail Bomber’ after a 13-day bombing campaign in April 1999, aimed at London’s black, South Asian and gay communities, appeared to be driven by a very personal quest for fame.

Although lone-wolf terrorism is a global problem, it is particularly prominent in the US. ‘American terrorism’, argues Hoffman, ‘differs from terrorism in other countries in that a significant proportion of terrorist attacks have been carried out by unaffiliated individuals rather than by members of terrorist organisations’. The motives driving these individuals are diffuse, ranging from racism and homophobia to radical Islamism and a desire for notoriety. What unites this disparate set of motivations is that the individual feels they are responding to a perceived threat to their identity and culture.

The violence of cultural detachment

The emergence of the lone-wolf threat can be understood as a symptom of important cultural developments enveloping Western societies.

Like many other individuals whose relation to a wider community is tenuous and fraught with tension, lone wolves are literally alone. And for good reason. The weakening of prevailing value systems, especially in the West, has undermined society’s capacity to integrate and socialise its members. As a result, many estranged individuals are less restrained by prevailing values and are therefore less accountable to conventional forms of behaviour than was the case in the past. This is exacerbated by conflicts about fundamental issues – family life, marriage, sexuality, gender, abortion, suicide – which enhance the sense of cultural uncertainty and intensify individuals’ preoccupations with their identity. Moreover, these wider disagreements about values mean that many individuals no longer have to justify their actions according to an accepted community ethos, because no such ethos exists.

Conflicts over values have led to the politicisation of identity. But what commentaries on conflicts over multiculturalism, sexuality or lifestyle overlook is that the politicisation of identity indirectly encourages the process of individuation. That’s because conflicts over the family, sexuality, and the conduct of intimate relationships have a dramatically personal character – hence the phrase, ‘the personal is political’. And the privatised manner in which these conflicts are experienced means that, in some cases, they can acquire an intensely emotional form.

The personalisation of politics can be interpreted as an example of what Max Weber called the ‘stylisation of life’. Through the embrace of styles, people set themselves apart, reinforce their status, and draw a moral contrast between their styles of life and other people’s styles of life, said Weber. As Pierre Bourdieu noted in his magisterial sociological essay, Distinction, ‘Aesthetic intolerance can be terribly violent’. He explained that ‘aversion to different lifestyles is perhaps one of the strongest barriers between classes’. Struggles over the ‘art of living’ serve to draw lines between behaviour and attitudes that are considered legitimate and others that are considered morally unworthy.

When the personal becomes entwined with the political, the search for identity can become lethal. In such circumstances, differences in lifestyle and culture are not simply experienced as mere differences, but as threats to individuals’ identities. In the absence of shared values, those who feel that their identities are under threat experience cultural conflict as a zero-sum game. Unable to compromise, and feeling under threat, lashing out at others becomes a way for wounded individuals to affirm their fragile self-identities. Tragically, in the absence of community restraints, this lashing out can sometimes acquire a violent and destructive form.

Past experience of lone-wolf terrorist acts tells us we are unlikely ever to get a satisfactory answer to the question of why Mateen attacked a gay club in Orlando. But we can understand why the politicisation of cultural identity, and the erosion of conventional restraints, creates an environment in which the estranged individual becomes more than a mere malcontent. It’s important, therefore, that we strive to take the personal out of politics, so that differences of lifestyle and opinion are not seen as declarations of war.

There will always be individuals who will seek to make a statement about themselves through the killing of others. The most effective way of minimising the pain that they inflict on others is by standing together and demonstrating that the identity issues that distinguish us need not be sources of division and conflict.