The class rift behind the EU debate

The referendum has exposed the elite's contempt for the plebs. 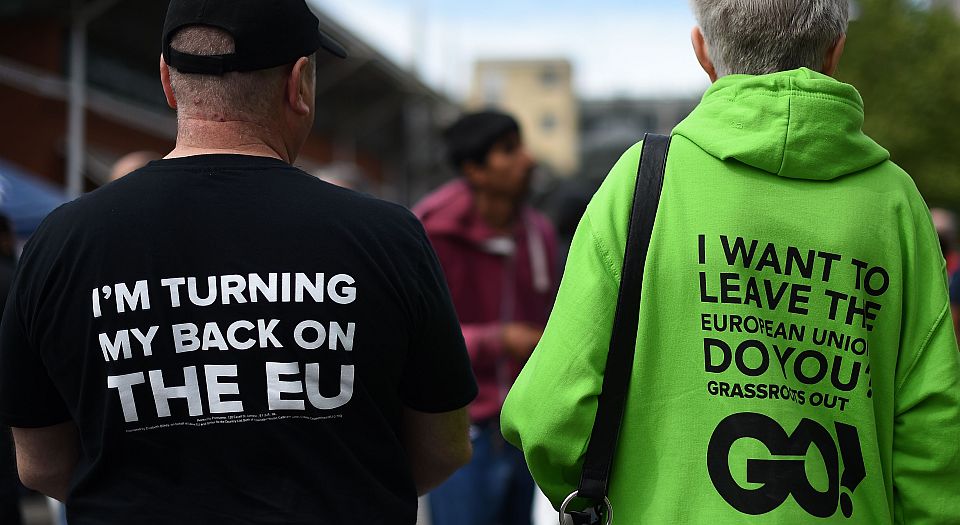 If you are opposed to the European Union, then you are racist and xenophobic. That’s the unsubtle, finger-pointing message that has been jabbed out by the Remain camp over the past few weeks. There’s a concerted effort to portray Brexit supporters as narrow-minded, parochial, unenlightened and rather uncouth. Who’d want to be associated with such an oafish constituency, with these people who refuse to accept having porous borders? ‘Please don’t leave us on this tiny Island with just the Tories’, said one Remain placard – a mealy-mouthed way of saying that Britain is full of awful people.

This is the conceit of much of the Remain camp: that supporting the EU is a marker for tolerance, open-mindedness, decency and niceness. The divisions over the EU are often posed as a generational war, between cosmopolitan twentysomethings and older white proles, or a cultural war, between fresh-faced hipster creatives and the unattractive plebs. Are you on the side of open-minded ‘us’ or are you bunking up with backward ‘them’ – that has been the conformist cry of leading Remain backers. This is why even left-wingers who instinctively understand that the EU is an elitist, anti-democratic institution don’t have the guts to come out for Brexit. Because to do so would mean associating yourself with modern-day untouchables: the riff-raff, the unsophisticated, the possibly racist.

Sadly, this means that the historically important issues thrown up by this referendum – relating to self-determination, democracy and popular sovereignty – have no real purchase or hearing among the left. Even reminding left-wing Remainers of the late Tony Benn’s stinging critiques of the EU, or the fact that many trade unions were traditionally against it, cuts no ice with them. When the EU has been turned into a moral signifier, all that matters to these leftists is that they’re seen to be on the respectable side against the mob. The left’s cowardice on this matter is shocking. Even as the EU debate is turned into a kind of class war – pitting a decent establishment against an uncouth public – they still refuse to have a serious discussion about what’s going on.

For two decades now, the great and the good have warned us that much of the masses are racist and xenophobic. Hardly anyone questions whether racism really is a powerful social force today. Or how true it is that the white working classes have higher levels of racism than others. It should be clear to any observer of British society that hardened racist attitudes have waned. The British National Party has been all but wiped out. Street-based far-right protest groups, like the English Defence League and Britain First, can barely muster a couple of hundred people for their rallies. Violent or verbal attacks against foreigners are much rarer than they were 30 or 40 years ago. There’s very little evidence that old-fashioned racism is a serious issue in working-class communities.

But there doesn’t have to be evidence. When it comes to framing the white working class as racist, hard facts seem not to matter. Labelling older British whites in particular as prejudiced throwbacks, as Labour MPs routinely do, has become a coded expression of class hatred. No one is willing any more to say that they hate the working class for being poor and unsophisticated or for lacking social status; no, instead nod-and-wink terms like ‘xenophobe’, ‘Little Englander’, ‘tabloid reader’ and ‘UKIP supporter’ are used to communicate a view of these people as troubling and strange. Today’s constant talk about racist attitudes is not about confronting a real problem in society; it’s about demonising, and distancing oneself from, the poorer sections of society.

In the same way that crime panics were used to legitimise the marginalisation of black people in the 1970s, so overblown concerns about xenophobia are now used to legitimise contempt for the white working class. This trend has been a key ideological feature of the British political and media class for a couple of decades now, but the EU referendum has bought it to the surface with force.

During the referendum debate, Remain campaigners have continually pointed to people’s doubts or concerns over immigration as evidence that they are a reactionary blob. But the current discussion of immigration is partly a product of the left’s and others’ refusal to have an upfront, honest discussion about what the EU means and why some people might oppose it. This is an issue of sovereignty, including borders, and it’s about what citizenship really means and who has it: all entirely legitimate things to discuss. But in presenting any suggestion that we should be in control of our borders as another expression of fear of foreigners, many Remainers are seeking to delegitimise, and stigmatise, one side of the debate.

The irony, of course, is that being pro-EU hardly makes one an open-minded cosmopolitan. Indeed, far from the EU promoting free movement, the EU actively discourages it. Yes, it’s in favour of white Italian or Spanish students enjoying freedom of movement, but not Africans or Arabs who want to work in Europe. The EU upholds Little Europeanism, encouraging us to view the non-white world beyond Europe with fear and loathing.

Regardless of the outcome of the EU referendum, the debates have helpfully exposed the ideological character of the anti-xenophobia posturing of many of today’s liberals. And too much of the left is shamefully going along with this, warning of the dangers of a ‘nationalist upsurge’ if Brexit wins. The EU referendum is expressing, or at least reflecting, unspoken class tensions in 21st-century British society. It’s become about whether you support the ever-expanding establishment and their desire to hide from accountability, or popular sovereignty and the right even of the little people to determine the fate of the nation. I know which side I’m on.