After the EU: why be afraid of uncertainty?

It’s the uncertainty of democracy that Remainers really fear. 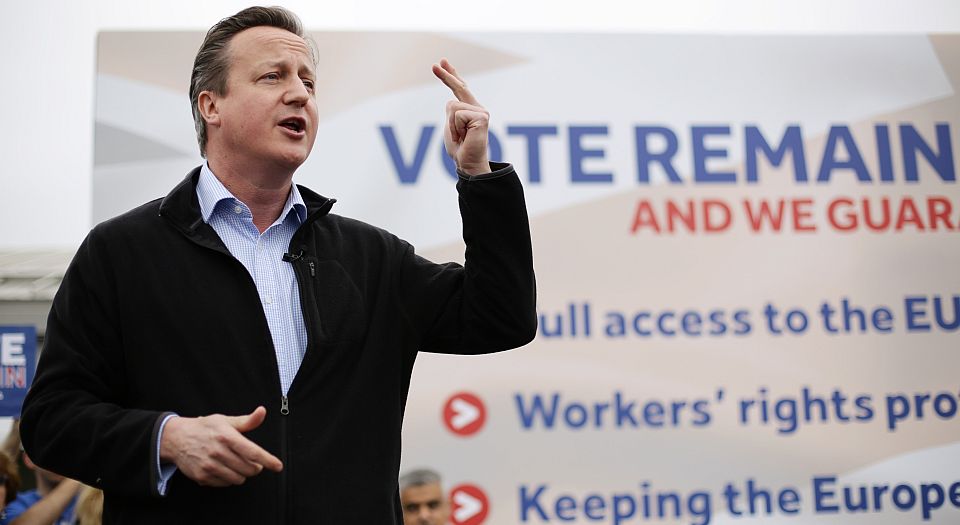 ‘There’s too much uncertainty if we leave the European Union.’ This is the battle cry of Remain campaigners.

But it should be clear that there is no certainty if we remain in the EU. Just look at what is happening to Europe: the persistent threat of another Euro crisis and further bailouts means there is little financial stability; the EU’s economic slump caused 50 per cent of youth unemployment across southern Europe; the near election of Norbert Hofer in Austria and industrial unrest across France demonstrate the potential for political upheaval; the free movement of people is undermined by the erection of borders across Europe; EU foreign policy has led to a disaster in Ukraine; the people of Greece continue to suffer; the Czechs are thinking of leaving; and Serbia is thinking twice about joining. People all over Europe are voting for anti-EU parties because they see the EU as a contemptuous distant elite without a plan. The EU provides little in the way of stability and plenty of uncertainty.

Moreover, there is no shared feeling of being ‘European’ under the EU. There are no pan-European trade unions, political parties, newspapers or TV channels. So when each crisis occurs, there is no pan-European discussion, no collective response. The EU’s answer to each problem is to centralise more power, to exert more direct control, and to issue dictates from distant committee rooms.

If the EU is unable to provide certainty, why do the Remain campaigners argue for it?

Firstly, there’s the experts. Organisations including the Bank of England, the Treasury, the Confederation of British Industry (CBI), the London School of Economics (LSE) and the Organisation for Economic Co-operation and Development (OECD) have applied their computer models to the matter – and it doesn’t look good.

But what’s interesting is that the economists doing the calculations are using the same basic model. Their understanding of economic factors and how they interrelate is common, and different results are produced because varying assumptions are fed in. Put simply, they apply their judgement. What is also common is their assumption that the economy is largely outside of our control. Their pessimism stems from their assumption that Britain, unlike Switzerland, Norway, Iceland, the US and almost all other countries, will be unable to trade outside of the EU on mutually beneficial terms.

More importantly, the experts all assume that we are unable to transform our own economy. Let’s remember that, nearly 200 years ago, the early Victorians built 6,000 miles of railway in 18 years and we are still living with much of that infrastructure today. In the 1970s, we developed the fastest passenger train in the world and we still use it 40 years later. In collaboration with the French, we developed the fastest passenger jet, and we haven’t yet replaced it. In two generations, whole populations have moved from rural poverty to relative wealth in towns and cities, including 600million people in China. We have unprecedented computing power, enabling diseases to be decoded and cures found. We have more potential now than at any time in history.

In the UK, big strategic investments in new industries – from robotic house-building or biotechnology to exploiting the substantial oil and gas reserves through fracking – could foster a new industrial revolution. The economic experts have failed to predict every economic shock in the recent past, including the Exchange Rate Mechanism (ERM), the financial crash and the Euro crisis. If they were honest, they would admit that there is little that is certain, in or out of the EU. But instead, they apply external factors to their forecasting models and are thus unable to model a transformative future. The economic experts fear uncertainty because they are unable to see beyond what exists now.

Then there’s the left. With a few notable exceptions, left-wing politicians and activists are campaigning for certainty. Their campaign is usually supported with a list of benefits bestowed and guaranteed by the EU.

Each claim has little basis in fact. For example, maternity benefits in the UK are better than in every other EU country. Paid maternity leave is twice as generous in the UK than it is in Germany. Mobile roaming charges have been falling across Asia and Africa following initiatives by the International Telecoms Union (ITU) as well as through local competition. The ITU has been frustrated with the slow movement of the EU on this issue.

The EU would also cripple an incoming Labour government. For example, Jeremy Corbyn’s populist call to re-nationalise the railways would be halted by the EU. The railway trade unions, including the Associated Society of Locomotive Engineers and Firemen (ASLEF) and the National Union of Rail, Maritime and Transport Workers (RMT) have repeatedly pointed to the EU’s ‘Fourth Railway Package’, which is designed to open up European railways to competition. This means that state ownership of railways is specifically outlawed. So Jeremy Corbyn, the Trades Union Congress (TUC) and the Momentum movement are campaigning for membership of an organisation that would actively undermine the Labour Party’s authority and its ability to act as a government.

Why do people on the left call for certainty and the continuation of the status quo? Historically, the left has called for radical change, to transform the world and to challenge the existing social and economic order. Left-wing campaigners were behind campaigns for women’s rights and won better working conditions, wages and benefits for workers. Why are they now giving the EU the credit for these social changes? By outsourcing authority to the committee rooms in Brussels, the left has shown that it no longer believes that it can win the arguments nor muster the strength to defend, let alone advance, its interests. Whichever way the vote goes on 23 June, the left is now thoroughly compromised. It has aligned itself with an argument against democratic control and has outsourced its authority to a higher body: the EU.

‘Voting for Brexit is a vote for Boris Johnson and Michael Gove. They will destroy the NHS, the welfare system and workers’ rights, and EU workers will be sent home.’ This argument is becoming increasingly common – a vote for Brexit will lead to a right-wing Tory government which will act with impunity. Here, the left’s lack of self-belief is palpable.

Let’s put to one side the fact that no one has actually argued for any of these policies as part of the referendum campaign – indeed, no one is standing on a policy manifesto. More striking is the left’s belief that, if we regain democratic control from the EU, it will fail to win any of the arguments on issues ranging from government spending to immigration. It fears its own weakness and seeks sanctuary by outsourcing whatever authority it has left to the EU.

If we leave the EU, decisions will need to be taken on the big issues: civil rights; trade deals; immigration policy; and the economy. Politicians will need to win arguments – they will be forced to appeal to the public and build a base of support. This is the uncertainty that the left fears most.

The future is uncertain. It can and should be nothing else. Our future will be determined by two things: how we choose to shape it and how we react to events. If we have a clear understanding of what we believe in, and a desire to act, the future can be what we want it to be. Events will create challenges and opportunities, and whether we benefit or suffer will be determined by our level of self-belief, clarity of thinking and collective purpose. A good starting point would be to embrace experimentation, adventure and discovery, and to treat the fear of ‘uncertainty’ with the contempt that it deserves.

Andy Shaw is a tech entrepreneur who writes occasionally for the Spectator. Read his satirical blog here and his regular blog here.