The family courts make a mockery of justice 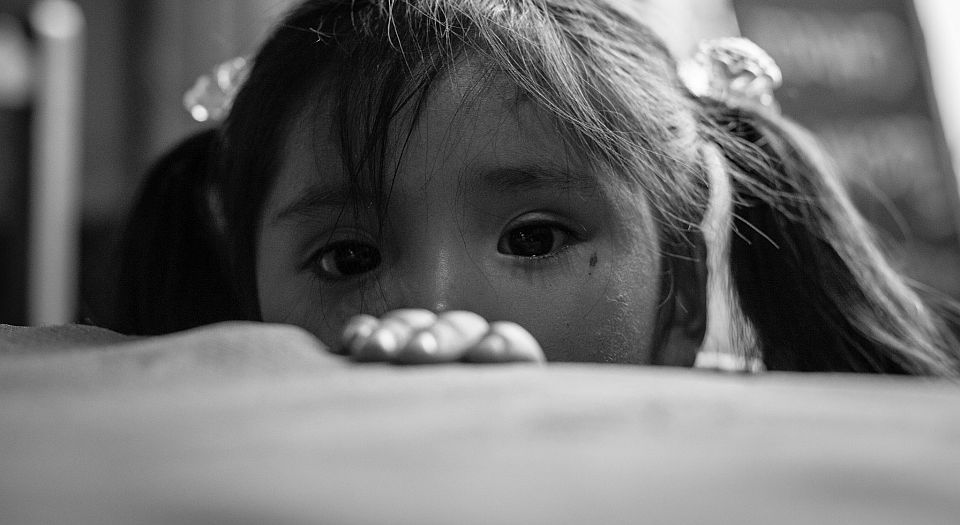 The UK Department for Education last week published research into rates of reporting child abuse. Feminists claimed that the fact that a third of those interviewed said they would not report suspicions of abuse amounted to ‘victim-blaming’.

But the Independent’s report last Friday mentioned an important finding, the significance of which has been lost on the survivor lobby. It said that the fear of having misread a situation, and of wrongly accusing someone, is the biggest factor that deters reporting.

A ruling from the Court of Appeal on 19 May in a family case shows just how skewed the system has become when dealing with accusations of abuse. The case is called Re E (a child) and it makes depressing reading.

The court quashed sensational findings of abuse made by a judge in the county court last January, against a father (‘Mr E’) and his 15-year-old son, ‘A’. Mr E was said to have assaulted a young girl, ‘D’, on scrubland from the age of four. He was said to have forced A to engage in sexual activity with D. He also orchestrated sexual activity between two other children, ‘B’ and ‘C’. In addition, the judge concluded that both Mr E and A had attempted anal penetration of a dog (a pit bull, described by the police as ‘not a docile dog’). The judge adopted the ‘cycle of abuse’ theory, finding that A was first abused and went on to abuse others.

Two families were involved in this saga: the E family, whose son, A, was aged 15; and the ‘F’ family, who have two boys and a girl: B (15), C (10) and D (8). In 2010, A had accused two uncles of abusing him, but his parents did not take any action after A said he did not want the police involved. In February 2015, A, who was out with the other children, was caught shoplifting. The police returned them to their parents only to find the parents all inebriated. So the children were taken into foster care.

The youngest, D, then accused A and his father of abusing her. This led to a rash of disclosures by A, B and C, also alleging abuse. Inexplicably, the foster carer then took the three younger children on holiday.

The first problem arose with the police interviews of the children, conducted after they returned from holiday. Interviews of complainants in sex cases are called ‘achieving best evidence’ (ABE) interviews. The idea is that the interviewee sits in a comfy chair, and the interviewer establishes a ‘rapport’ with him/her by discussing neutral, non-relevant topics and by trying to understand if the interviewee understands the difference between truth and lies. These interviews are recorded.

However, in this case, the introductory phase was not recorded. It was therefore unclear what the children were told about the ‘ground rules’. Next, the interview of D (the youngest) contained leading questions, such as introducing the names of alleged abusers into the narrative. D made no allegations. Then D left the room for an hour. Mysteriously, as soon as she came back, she started making allegations. It appears she spoke with her foster carer, who claimed that all she said to D was, ‘You need to say all the things while you are here’. The Court of Appeal commented that an ABE interview should not be used simply to get a child to repeat on tape what she may have said to someone else.

A was so distressed by his interview that he was physically sick during it. Meanwhile, B made no allegations of abuse in his ABE interview. A striking feature was that some abuse allegations, which the foster carer reported the children as making, were never mentioned by them in their interviews.

Also of concern was that the police interviewer subsequently conducted what were called ‘fast track’ interviews of the three younger children at home, without keeping a proper record of what questions were asked or how the children responded. The Court of Appeal called this ‘unorthodox’.

The children’s accounts contained many inconsistencies. C had a history of making, and then retracting, false allegations against others in the past. D alleged that the children had been taken to hotels, where they were abused and filmed. But the police could find no evidence to substantiate her dramatic claims. She claimed that there was a hiding place in the wall at home: the police knocked a hole in the wall, but could find nothing.

Eventually the police concluded that the ABE interviews could not be used in court, and that the children’s accounts would not stand up to scrutiny. So no criminal charges were brought. However, there were parallel care proceedings in the family court. A was confined in a specialist residential unit for victims/perpetrators of sexual abuse.

At a pre-trial hearing, complaints were made about the ‘fast track’ interviews at the trial. But the family judge refused to allow the interviewing officer to be called to be questioned. Even more worryingly, the judge decided that none of the children should give evidence, either.

Many people would find this bizarre: if a criminal trial had proceeded, the children would have had to give evidence, and be questioned (albeit via video link). Apparently, the practice in the family courts is that even mature teens should not give evidence.

This approach ignored a Supreme Court ruling from 2010, Re W, where the Supreme Court said that the question of whether a child should give evidence should be approached on a case-by-case basis. A blanket prohibition on children giving evidence was incompatible with the right to a fair trial. Baroness Hale stressed that focused questions, which put forward a different explanation for certain events, ‘may help the court to do justice between the parties’. That ruling went unheeded by the family courts.

This is remarkable, suggesting that the family courts operate a separate system of legal rules unaffected by fundamental legal principles, such as the right to a fair trial and the supremacy of judgements of the Supreme Court (the doctrine of legal precedent). It is perhaps not surprising that many ordinary people view the family courts as inherently unfair.

The judge’s reason for not calling the children was that, ‘the one question you cannot put to the child witnesses, is “You’re lying aren’t you?”’. So, even if they had been called, they would not have been challenged on that basis. The judge also said that, if they were called, ‘I would not allow you to put the contradictions. You have got to bear in mind the age of the children.’

But at 8, 10 and 15, these children were not tender toddlers. At this juncture, the judge had not even seen the videos of the ABE interviews, nor had she watched them by the time the trial began. So day one was spent watching them.

The Court of Appeal was very critical of the judge’s reasons for making the findings of abuse that she did. It said that she failed to acknowledge, or deal with, the numerous deviations from good practice in the police interviews. She adopted a broad-brush and superficial approach, and failed to engage in the level of analysis that was required. She was wrong to treat each child’s account as corroborating the others’, and failed to grapple with the many inconsistencies in their interviews and earlier ‘disclosures’. For example, the fact that D made accusations, which differed from those of her brothers, and the fact that B made no allegations in his interview, could not be corroborative.

Then the Court of Appeal had to address the way that A was treated. A has a learning disability, which was described as ‘significant’. He had his own solicitor and a guardian. They visited him a couple of months before the trial, to go through the evidence with him. A, like any client, was entitled to legal professional privilege: the opportunity to receive legal advice in confidence. But when the judge learned that this meeting had taken place, she ordered the guardian to file a statement about it.

At the meeting, A was accompanied by a key worker named ‘G’. A’s solicitor explained that they ‘needed a steer’ from A as to whether anything sexually inappropriate had happened to him or not. As the Court of Appeal noted, it was unclear what a person with a significant learning disability would understand. A did not respond. The guardian noted that A seemed tense and exhausted.

During a break, the guardian wrote the words ‘YES’ and ‘NO’ on a piece of paper. She left it with A and his key worker. The key worker decided that A was too tense to pick up the pen. So she took the pen and asked A which answer he wanted her to tick, A indicated ‘YES’. So G ticked ‘YES’.

The Court of Appeal decided that A’s rights to a fair trial were breached to a significant degree by all of this. The judge’s order for an account of his meeting with his legal team was ‘highly unusual’. The exercise whereby G ticked ‘YES’ was evidentially dubious, not least as A’s understanding of what he was being asked was wholly unclear. The Court of Appeal said that the judge’s analysis of the evidence in relation to A was ‘both confused and inadequate’.

This case is a warning of how unfairly the system can operate when allegations of abuse surface. It’s unsurprising that members of the public are hesitant about making abuse allegations. Their confidence is unlikely to improve, unless police investigations and legal hearings become much more rigorous.

Picture by: GeraInt Rowland, published under a creative commons license.