It is the EU that is truly ‘Europhobic’

The pro-Brussels side is a hotbed of prejudice against Europe's peoples. 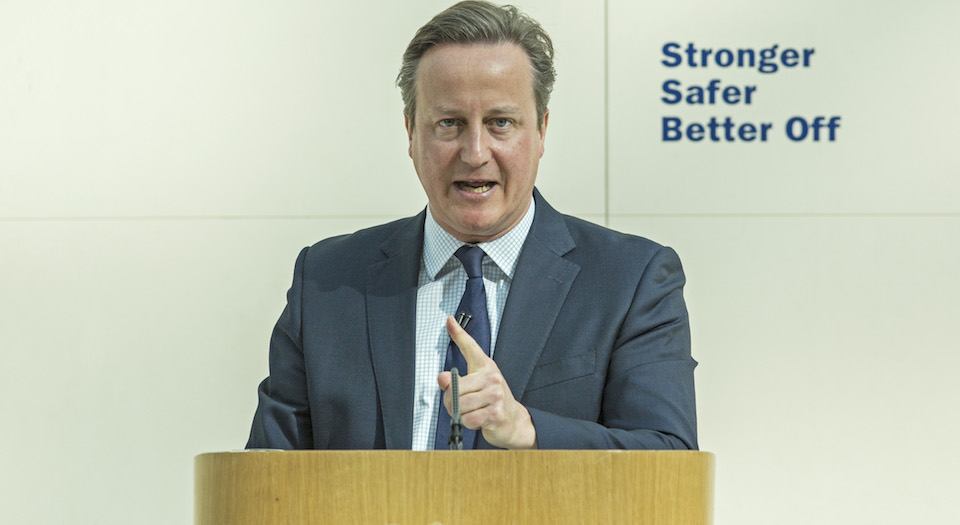 One of the great mysteries of modern politics is how the pro-EU lobby gets away with depicting anti-EU people as xenophobes.

This isn’t to say there’s no anti-foreigner sentiment in Brussels-sceptic circles. Of course there is. One of the biggest bugbears for those of us who are against the EU for democratic and universalist reasons — because we want more democratic accountability within nations and more genuine solidarity between nations — is that we sometimes find ourselves rubbing shoulders with anti-EU types who just don’t like Romanians or still don’t trust the Germans.

But when it comes to xenophobia — in the sense of distrusting people from other countries, fearing how they think and behave, and dreading the impact they will have on our society — the anti-EU side doesn’t have a patch on the pro-EU side.

The ‘phobia’ suffix is used too much today, usually to pathologise a political or moral viewpoint. In the EU debate the term is ‘Europhobia’. This slur is used by pro-Brussels people to depict anyone who is opposed to current European integration as suffering from an irrational fear of the continent and its inhabitants. According to the Collins English Dictionary, Europhobia is a ‘dislike for or hostility to Europe, Europeans or the European Union’.

The first problem with this is how a political position — opposition to the EU, an institution — is lumped together with a prejudiced outlook: hostility to Europeans. The second is that genuine hostility towards Europeans emanates far more from the pro-EU side than it does from the anti-EU side. You want to see ‘Europhobia’? Look to those who support the EU.

The outlook of Brussels bureaucrats and their supporters in the media drips with contempt for the peoples of Europe. Consider their fuming response to every electorate that has rejected an EU treaty. In 2005, when French and Dutch voters said No to the EU Constitution, an MEP described them as ‘an odd bunch of racists, xenophobes, nationalists… and the generally pissed off’. Then EC president Jose Manuel Barroso said these people, these plebs, were beholden to ‘demagoguery’, bewitched by ‘populist trends’. They can’t think intelligently, those French and Dutch. When the Irish rejected the Lisbon Treaty in 2008 they were likened to fascists. A ‘mixture of social decline and fear’ has made them unhinged and ‘opened the door to fascism’, said one MEP. Those Irish — can’t trust ’em.

Or consider the response to last month’s Dutch referendum, when 64 per cent of voters said No to a Ukraine-EU treaty. The pro-EU set was furious. The Dutch referendum ‘is a joke’, sneered EU Observer; the Dutch government should ‘ignore the results… altogether’. An Observer columnist invited ‘connoisseurs of the grotesque’ to behold how the referendum brought together extremists in ‘a clammy embrace’. Grotesque, clammy, ridiculous — this is how Dutch voters were discussed.

Some pro-EU observers mocked the fact that turnout in the referendum was 32 per cent. ‘What a ridiculous mob. Ignore it.’ And yet they hail the European Parliament as a paragon of democracy even though turnout in Britain for the last Euro-elections was 35 per cent. A few years back it was 24 per cent. To these voter-fearing elitists, tiny turnouts are cool when voters say the ‘right’ thing, but a grotesque charade when they get it ‘wrong’.

The pro-EU side hasn’t only defamed the French, Dutch and Irish as simple-minded. It has also presented the Greeks as fiscally untrustworthy and lazy in comparison with northern Europeans, the xenophobic narrative that fuelled the EU’s overriding of Greek sovereignty. It has painted Eastern Europeans as prejudiced and backward in comparison with us Westerners, hence why Brussels bureaucrats must lecture elected governments in the east to rewrite constitutions, change their judicial systems, and basically stop being such despicable people.

And its fear of Russia has reached epidemic proportions. See how pro-EU types responded yesterday to Boris Johnson’s sensible remark that the EU helped to stoke the conflict in Ukraine. They accused him of being a ‘Putin apologist’ and not appreciating how awful Russia is. They fear the idiot voters in their own nations, the lazy or racist inhabitants of other European nations, and the spectre of Evil Russia. They make paranoid Little Englanders look rational.

The pro-EU side’s fundamental fear of the peoples of Europe is summed up in its view of the EU as effectively a lid on our hysteria, keeping in check our vile passions. This is why the pro-EU side plays the fear card — because it genuinely fears that, without the EU, European peoples will become beholden to fascism and give in to chaos. If the EU disintegrates there will be an ‘inexorable slide toward catastrophe’, says Yanis Varoufakis. Without the EU, ‘the continent’s extremists could be our future’, says one columnist. The decay of the EU would nurture ‘the rise of the far right across the continent’, says another.

The anti-EU side is xenophobic? It’s the pro-EU side that brands French, Dutch and Irish people ‘odd’, depicts Greeks as untrustworthy, spreads fear about Eastern Europeans, and views people across Europe as needing bureaucracy to keep their inner fascist under control. The way pro-EU elitists talk about anti-EU people — as being fearful, anti-foreigner and hiding from the world in their own backyard — would be better said of them. They’re Little Europeans, pseudo-Europeans, hiding in Brussels from what they view as Europe’s ugly passions and even uglier people. They’re more paranoid than any anti-EU person I’ve met.

And that is why those of us who love Europe, who trust European peoples to determine their affairs better than any suit in Brussels could, and who want to offer solidarity rather than sermons to our European brothers and sisters, should wholly reject the EU. The optimistic, humanistic thing for true Europeans to do is to call for the dismantling of all EU institutions, so that the peoples of Europe might make decisions for themselves, and work together as they see fit.