UK Elections: no winners, no safe spaces, ‘no Corbyn effect’

The election results confirm the gap between the political elite and the people. 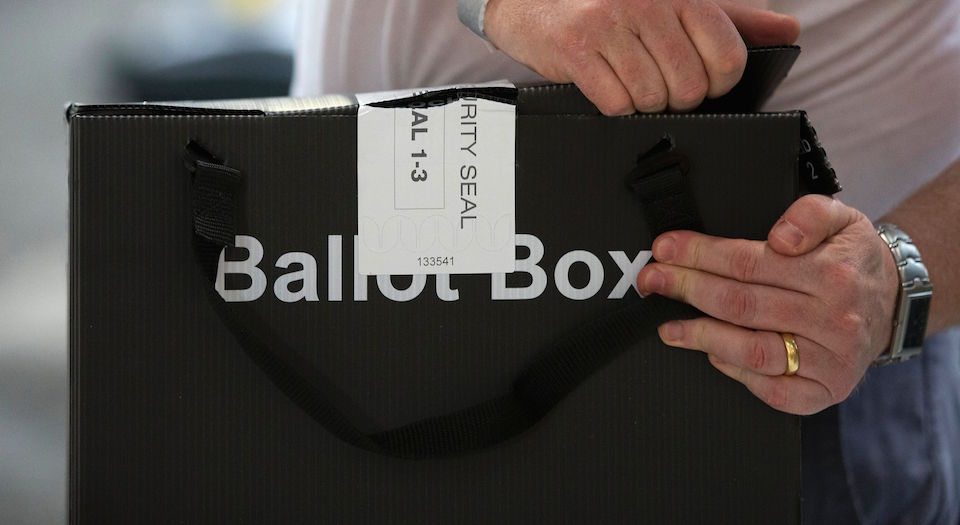 The patchwork of election results across England, Scotland and Wales last week provided a snapshot of the state of British politics. It is a picture that should not make great viewing for any of the major parties. Here are a few trends happening behind the headlines.

Despite rival boasts, nobody is winning voters over

As the election results came in, both Conservative and Labour leaderships took a selective view in order to claim success. The Tories quickly seized upon their improved result in Scotland, where they won 31 seats and displaced Labour (24) to finish a distant second behind the Scottish National Party, as evidence that the Conservative government is making progress. Hours later, Labour leapt upon its first victory in the London mayoral election since 2004 – Sadiq Khan beat Tory Zac Goldsmith by 56.8 per cent to 43.2 per cent, including second preferences – as proof that it is on the march back to power in the UK.

Yet put these results in some wider perspective, and the rival versions of events all appear peculiarly one-eyed. The truth is that neither Labour nor the Tories is winning voters over. The BBC’s projection of what last week’s elections would mean on a national scale told another story: it gave Jeremy Corbyn’s Labour Party just 31 per cent, David Cameron’s Conservatives a slightly more miserable 30 per cent, with 15 per cent for the Liberal Democrats and 12 per cent for UKIP.

If the contest between the major parties is close, it is only in the spirit of a dull 0-0 draw. The local council elections held in England provided the unusual spectacle of both the Tories and Labour losing seats – overall the Conservatives were reportedly down 49 seats, while Labour lost 11 in total.

History might suggest that those results are a bigger problem for Labour. It is almost unheard-of for an opposition party to lose seats in local elections in the middle of a parliament, when voters normally take out their frustrations on the governing party. Never mind boasting about losing fewer councillors than the Tories this time; to look like making a breakthrough, Labour needed to win at least a couple of hundred extra council seats.

However, history provides few exact parallels for a situation in which neither of the big UK parties can claim the support of even a third of voters.

Behind the flatline, few safe spaces left to hide

It appears, then, that nothing much changed in last week’s elections. It might seem reasonable to conclude that political life is flatlining and that the voters’ message to politicians, as the BBC’s political editor put it, is simply ‘As you were’.

After all, the SNP won again in Scotland with 63 out of 129 seats, and Labour retained power in the Welsh assembly with 29 out of 60 seats (although neither party achieved a majority). Overall in England, only a relative handful of the 2,700 council seats being contested changed hands. Even Khan’s predictable win over Goldsmith in London hardly looked like a seismic shift, rather illustrating how badly Labour had done to lose the last two mayoral elections to Boris Johnson.

Yet on closer inspection, the results do suggest that there is something more going on. As party allegiances become softer and political loyalties shallower, there are fewer safe seats and core areas of support in which any party can hide from the public’s displeasure.

Labour’s continuing collapse in Scotland, where in a few years it has gone from being the dominant political force to a distant third, with no MSPs left in Glasgow, is by far the most dramatic example of a party losing its supposed heartland of support. But there are other signs.

The one constituency seat to change hands in the Welsh Assembly elections, for example, was the formerly rock-solid Labour fortress of Rhondda in the valleys – lost to Leanne Wood, leader of Plaid Cymru, the Welsh nationalists. On the Assembly party list, meanwhile, those ‘English invaders’ from UKIP arrived as a factor in Welsh politics, winning seven seats in supposedly socialist Wales.

For their part, the Conservatives might be pleased not to have lost more English council seats given their travails in government and divisions over Europe. But where the Tories did lose badly, it was in their own southern heartlands, such as Winchester or Elmbridge, where they were thrashed at the polls by rebel local residents’ groups. In some places, even the apparently dead-and-buried Liberal Democrats were able to show signs of life by picking up on dissatisfaction with the Tories.

Indeed, far from being able to rely on traditional safe seats, being seen as the local political establishment anywhere now seems to be a disadvantage. In Scotland, the ruling SNP might still benefit from its carefully cultivated image as an anti-Westminster ‘outsider’ in UK politics. Yet even here, there were some local signs of the start of a backlash against the dominant party. The Tories’ relative electoral revival north of the border – where the governing UK party really is a political outsider – included taking Edinburgh Central from the SNP. Elsewhere in the Scottish capital, the SNP lost seats to the Lib Dems, and even to moribund Scottish Labour. There are fewer safe spaces left for any party to hide.

The ‘Corbyn effect’ is largely a myth – on both sides

Since veteran left-winger Jeremy Corbyn was elected leader of the Labour Party last year, two very different bold predictions have emerged on either side of British politics.

On one hand, Corbyn’s fervent supporters have insisted that ‘Jezza’s’ radical alternative to austerity and war could energise the wider electorate in the same way that his leadership campaign excited thousands of Labour supporters. On the other, Corbyn’s opponents and enemies, both inside and outside Labour, have claimed that his outdated ‘loony left’ politics would scare off almost all voters and finish off the party as an electoral player.

To judge by last week’s election results, neither of these predictions looks too accurate just now. Corbyn’s leadership has certainly not galvanised the sort of support Labour would need to stand any chance of forming a UK government again. The party’s humiliating results in Scotland came after an election campaign with the clearest ‘Corbynist’ message heard anywhere. And relief at Labour’s win in London will be tempered by the way that new mayor Khan did everything possible to distance his campaign from his own party leadership in public. Even Corbyn’s much-vaunted personal army of young activists was all-but invisible in these election campaigns, notably in London.

Yet the doom-mongers were also proved wrong last week, in predicting that Corbyn’s Labour would lose hundreds of English council seats and could lose control in Wales. Neither the internal opposition to his leadership among Labour MPs, nor the high-profile media row over anti-Semitism in the party, appears to have had a decisive impact in putting off ordinary Labour voters. There presently remain around 30 per cent of voters who dislike the Tories sufficiently to stick with Labour come what may.

In other words, the net ‘Corbyn effect’ to date has been almost nothing. But why should anybody imagine it would be different? What has he said or, more importantly, done since becoming Labour leader that would have a major impact on anything? Even on the one big issue where he has long held a radically different view to the political mainstream – his opposition to the EU – Corbyn has retreated back into the pack and signed up to the Remain campaign alongside Cameron and the rest.

During Corbyn’s campaign for the Labour leadership last August, I described him on spiked as ‘a veteran non-entity’ who had ‘been a Labour member of parliament for a remarkable 32 years without ever leading anything or leaving any visible mark on British political life’. Eight months after he was elected, that remains a pretty accurate assessment.

The recent election results give the appearance of a fragmented UK political map in which there are clear national and regional differences. The difference between Labour’s rout in Scotland and its win in London is the most obvious example.

Yet despite the divergent results, there is also an underlying common pattern. The most important gap in British political life today is not that between the parties or the electoral areas. It is the yawning gap everywhere between the isolated political elite and the mass of voters.

The proportion of people who were moved to vote for anybody at all last week illustrates the problem. Turnout in the English council elections was embarrassingly low in many places. In London, Labour’s Khan can claim to have won ‘the largest personal mandate’ ever in British politics. Yet he did so in a mayoral election where considerably fewer than half of those Londoners eligible to vote did so (45.3 per cent). Even that dismal turnout might seem surprisingly high after a campaign between candidates with almost-identical policies, and which did not appear to be happening in the capital apart from the swapping of insults via the media. In Scotland, meanwhile, the SNP’s claims of an ‘historic’ electoral triumph might sound a bit more credible if more than 55.6 per cent of the electorate had cast their votes.

And as we’ve often seen in recent elections, those who did vote often seemed as alienated from the political oligarchy as those who did not, whether voting for residents’ groups in Surrey or UKIP in Wales.

A political elite that has little more to offer people than variations on the politics of fear – a message which, contrary to reports, was hardly confined to the Tories’ campaign in London – cannot take much comfort from the verdicts delivered last week from Edinburgh to Elmsbridge.