The humbling of the SNP

The nationalists' lost majority is good news for liberty and the Union. 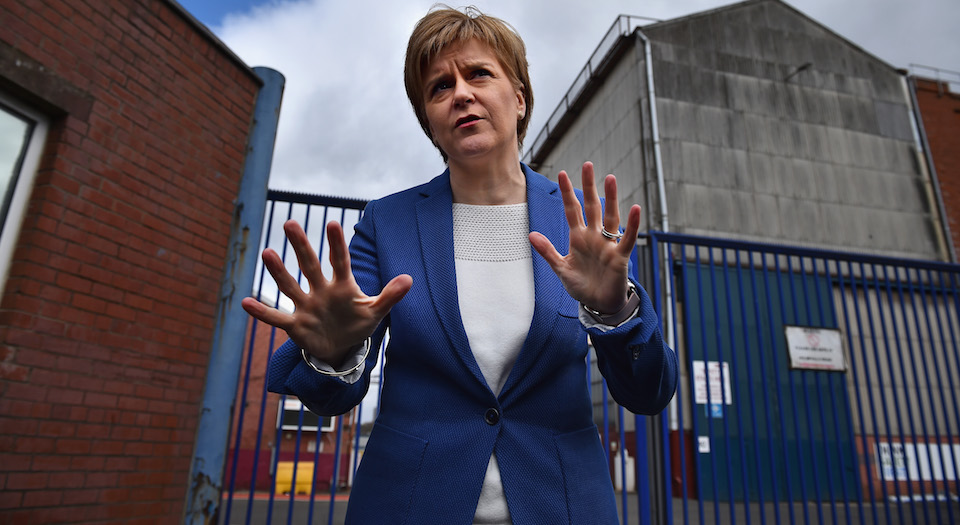 Had you been in Scotland during the past few weeks, you probably wouldn’t have realised that an election was about to take place. However, this dull, near-invisible election campaign produced a considerably more interesting outcome. The SNP, widely expected to win a majority in the Scottish Parliament came two short with 63 out of 129. And the Scottish Conservatives, who had been neck-and-neck with Scottish Labour in the battle for second place, unexpectedly took 31 seats to Labour’s 24, humiliating the once predominant force in Scottish politics.

For the SNP and its supporters, the loss of the party’s majority felt like a defeat. Its campaign had focused less on policy and more on its immensely popular leader, Nicola Sturgeon, with ‘I’m with Nicola’ t-shirts and tabloid double-page spreads standing in for political substance. The loss of the 69-seat majority won under Alex Salmond was experienced as much as a personal failure for the SNP’s leadership as a political one. Sturgeon may still have been given a resounding endorsement – especially in an electoral system designed specifically to preclude majority government – but the SNP is no longer perceived as unchallenged and unstoppable.

That’s not to diminish the SNP’s dominance, nor question its willingness to pursue independence. The Scottish Conservatives’ leader, Ruth Davidson, was too hasty when saying that the SNP’s plans for another independence referendum ‘have now been utterly shredded’. There are two conditions necessary for a second referendum: popular support, and political power. Although popular support is lacking at the moment, who’s to say it won’t pick up over the next five years, even without a Brexit against Scotland’s will. And the SNP most definitely still has political power, with the pro-independence Scottish Green Party tripling its share of seats to six, giving pro-independence MSPs a parliamentary majority. So, if popular opinion does swing behind a referendum, then the SNP should have the political clout necessary to call it.

The big winners of this election were, of course, Scotland’s new opposition, the Scottish Conservatives. Its campaign, like the SNP’s, focused almost exclusively on its leader, Davidson, with Conservative branding often absent from campaign posters and hoardings. Young, charismatic and genuinely likable, Davidson is supposedly utterly unlike Scots’ perceptions of the average ‘Southern Tory’. This has allowed the Scottish Conservatives to partly shake off the ‘toxic’ label and invent a popular, distinctly Scottish conservativism based on the protection of the union – a version of conservativism, in fact, that is remarkably similar to that which prevailed in Scotland during the Unionist Party’s dominance in the 1950s.

Therein lies part of the explanation for Labour’s terminal decline. Labour’s election strategy was two-fold: claw back the mass of Labour-to-SNP defectors by outflanking the SNP on the left; and maintain a public commitment to the union to stem the flow of pro-union voters to the Tories. The first route was always doomed to failure, but not because it’s difficult to outflank the SNP on the left – the SNP manifesto was its most managerial, cautious and, ultimately, centrist yet. No, it failed because, as Labour ought to know by now, the constitutional question, not the left-right divide, is now the top priority in Scottish politics. Kezia Dugdale, Scottish Labour’s leader, might want to ‘move past’ the constitutional question and ‘reach out’ to those who voted both Yes and No in the 2014 referendum, but the Scottish public don’t. Labour defectors remain with the SNP, not because the SNP are particularly left-wing, but because they’re pro-independence. (Those that do want something a bit more left-wing than the SNP simply vote for the pro-independence Greens.)

And the second part of this strategy was always going to fail because Scottish Labour makes the least convincing case for the union that Scotland has ever seen. The Labour Party has an institutional, UK-wide inability to put forward a strong, unabashed and believable case for the union – seen most notoriously in its disastrous, doom-and-gloom Better Together campaign. Labour’s traditional working-class support base has been replaced by the right-thinking chattering classes, whose embarrassment at defending British institutions permeates Labour. This makes its public commitment to unionism seem awkward and false. Even Dugdale herself has indicated her temptation to support independence should Britain leave the EU. For the pro-union voter, Dugdale’s half-baked unionism stands in stark contrast to Davidson’s unambiguous dedication to the union.

As much as Labour’s factions will now bicker among themselves about the ‘real’ cause of their humiliation, with the Blairites blaming the ‘Corbyn effect’, the truth is that it’s Labour’s misreading of pro- and anti-union sentiment that has condemned Labour to electoral oblivion in Scotland. Labour will languish as the third force, while the centrist SNP and centre-right Scottish Conservatives battle it out. So, what now for Scottish political life, with the Scottish Conservatives as the clear opposition and the Greens as the powerbrokers?

We could see the SNP forced to rein in its authoritarianism. Take the Offensive Behaviour at Football Act, passed in 2012 off the back of a distinctly middle-class moral panic about sectarianism in Scottish football. The result has been disastrous for fans’ liberty, with one fan being jailed for four months for singing. The Greens, however, officially oppose the act, saying it ‘unnecessarily restricts freedom of expression’ and that sectarianism is best challenged by ‘[supporting] fans to take action against sectarianism in their own clubs through fan ownership’. With any luck, one of the concessions the Greens will draw out of the SNP in return for their support will be a repeal of the Offensive Behaviour at Football Act.

Then there’s SNP’s Named Person scheme, which assigns to every child in Scotland a so-called ‘named person’ – for example, a teacher or some other authority figure – to look after the child’s welfare, effectively elbowing aside parents. The scheme is deeply unpopular with Middle Scotland in particular – the very demographic that the SNP must woo in order to bump up the 46 per cent in favour of independence to a majority. The Scottish Conservatives have been the most vocal opponents of the scheme, so, with them as the main opposition, we can expect increasing pressure on the SNP to scrap or significantly water down the scheme.

On the whole, then, after a lacklustre election campaign, Scottish politics has changed. The Scottish Conservatives are now riding a wave of popular unionism, Scottish Labour are finished, and the SNP’s wings have been clipped. Given its authoritarian impulse, this can only be for the better.