Let’s make the whole of London a Free Speech Zone

Time for the capital city of freedom of expression to live up to its history. 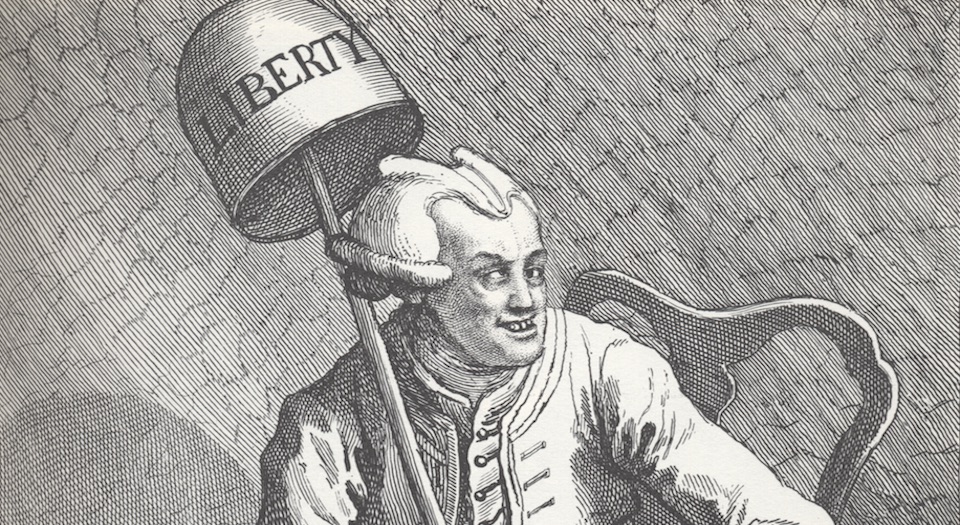 London can claim to be the capital city where free speech was invented – or, at least, reinvented for the modern world, after the ancient Athenians. Yet today London has become a capital of the culture of conformism and You Can’t Say That, which is undermining freedom of expression. The mayoral election could be an opportunity to change that. A mayor who believed in unfettered free speech would have a history-making platform from which to make a stand for our most precious liberty.

London has been the cockpit of the struggle for free speech and freedom of the press for centuries. Many of the great sights of the city are drenched in blood, both metaphorically and literally, from the historic fight to wrench the democratic right to freedom of speech from Britain’s rulers.

When the Peasants’ Revolt marched on London in 1381, the radical priest John Ball dared to speak publically against the ‘great lords of the realm’, exhorting the peasants to ‘cast off the yoke of bondage, and recover liberty’. For his words Ball was hanged, drawn and quartered, and his head stuck on a pike on London Bridge as a warning to anybody tempted to speak out of turn.

It was to Westminster that William Caxton brought the first-ever printing press in England, in 1476, sparking the long struggle over what the people should be allowed to write and read. The stone walls of the Tower of London still bear graffiti scratched by men whose loose words offended the Crown.

In 1579, the Puritan John Stubbs had his writing hand publically severed with a cleaver in Westminster marketplace for publishing a pamphlet that offended Queen Elizabeth I. In 1612, the unorthodox preacher Bartholomew Legate was pronounced guilty of blasphemous heresy and burnt at the stake in Smithfield, the last martyr to be torched in London for expressing his religious beliefs. As late as 1663, the restored regime of King Charles II had John Twyn hanged, drawn and quartered at Tyburn – the modern site of tourist hotspot Marble Arch – for printing a ‘seditious, poisonous and scandalous book’.

Many of the heroes of the historic struggle for free speech brought their fight to London, as the centre of power and privilege. During the English revolution of the 17th century, when the demand for freedom of speech and of the press first exploded as a political issue, the London poet John Milton wrote the Areopagitica (1644), his game-changing appeal to parliament to ‘Give me the liberty to know, to utter, and to argue freely according to conscience, above all liberties’.

During the same conflict, the Leveller spokesman ‘Freeborn’ John Lilburne, born in Sunderland and educated in Newcastle, fought his famous political and legal battles for freedom of expression in the capital, taking on first King Charles I and then Oliver Cromwell. On one occasion in 1638, Lilburne was flogged on his bare back as he was tied to an ox cart and dragged by his hands from Fleet Prison to Westminster. There he was stuck in the pillory – a kind of stocks – supposedly to be publically punished and humiliated; instead, Freeborn John continued to preach to the London public and distribute unlicensed pamphlets to the crowd, until he was physically gagged.

In the late 18th century, the City of London became the centre of the great battles over the freedom of the press to report the proceedings of parliament. John Wilkes, the radical writer, printer, politician and rake, lead the struggle that saw him sent to the Tower of London, imprisoned, outlawed and barred from parliament. As an Alderman of the City of London, Wilkes and his ally the Lord Mayor Brass Crosby refused to give up printers whom the Crown wanted to punish for publishing criticisms of MPs. When the rebel Lord Mayor and his allies arrived at Westminster to be sent to the Tower, 50,000 Londoners rioted, crying ‘Wilkes and Liberty!’, and came close to lynching the prime minister, Lord North.

And so the history continued of London as the cockpit of the free-speech wars, which inspired struggles for liberty in America and Europe. Yet 245 years after a Lord Mayor of London was prepared to go to the Tower or the gallows for the freedom of the press, what do we have? An elected Tory mayor of London, Boris Johnson, who despite his own background as a journalist and freedom-loving pretensions, has become in office an instrument of the new forms of PC censorship, as when he banned Christian bus adverts as ‘offensive to gays’ and declared London to be ‘intolerant of intolerance’. Meanwhile students in a debating society at King’s College London have written an email disinviting Boris after he dared to criticise Barack Obama. Proving again that those who live by the ban can perish by it, too.

Now we have two leading candidates for May’s London mayoral election who have shown even less support for free speech than the current incumbent. Labour candidate and likely winner Sadiq Khan is supposed to be a civil-liberties lawyer by profession – he was even a junior solicitor on our side during the infamous libel trial of spiked’s predecessor, LM magazine, in 2000! Yet, more recently, he has echoed all the fashionable prejudices against freedom for whatever opinions are branded ‘offensive’ or ‘hate speech’. Tory candidate and green zealot Zac Goldsmith displays all the contempt for universal freedom of expression one might expect, whether directed against climate-change ‘deniers’ or the popular press.

Anybody who wants to prove themselves fit to be London mayor needs to demonstrate – in practice, not just ‘in principle’ – their unequivocal commitment to the freedom of speech that so many have fought to win and defend in our capital city.

Here is a modest proposal to that end. Why not declare the whole of London to be a Free Speech Zone?

The Free Speech Zones pioneered in US colleges are nothing to celebrate. They are confined areas where political and religious deviants can gather to express their offensive opinions to one another. Everywhere else on campus, meanwhile, they must comply with restrictive speech codes. In other words, these zones turn what ought to be the rule into the exception. As I put it in my book, Trigger Warning, ‘A Free Speech Zone is like a little smokers’ corner, where misfits who can’t give it up and go to indulge the anti-social habit of speaking their mind that has been safely stubbed out elsewhere’. In this they are the flipside of the Safe Space policies that seek to sanitise speech on campus.

But a policy that declared the whole of London to be a Free Speech Zone, rather than just a little area like Speakers’ Corner in Hyde Park, would be a different matter. It would be a way of confirming that the capital is an ‘unsafe space’, at least where the clash of opinions and unleashing of ideas is concerned.

Of course, there is an element of political symbolism in such a policy. It might even remind some of the tokenism of Ken Livingstone’s Labour-run GLC making London a ‘Nuclear-Free Zone’ in the 1980s. But where Livingstone and Labour had no power to prevent a nuclear attack by passing a motion in County Hall, an elected London mayor today surely could make a difference in the new free-speech wars.

Despite the grandeur of the title and the size of the budget, the London mayor has few decisive powers over many important issues. What they do have, however, could be put to good use.

For example, the mayor is ‘responsible for developing and implementing a culture strategy for the arts and creative industries’. What could be a more creative contribution to the arts than running a campaign for unfettered freedom of expression, with debates and events across the capital to challenge the narrow-minded culture of conformism? One area where the mayor does have a lot of clout is in directing Transport for London. It would not be too hard to declare London transport a Free Speech Zone, with no bans on adverts for expressing the ‘wrong’ point of view.

The Mayor’s Office for Policing and Crime is also responsible for ‘setting the strategic focus and budget of the Metropolitan Police Service’, though not for operational police matters. It would surely not require any interference in operational decisions for the mayor’s office to make clear that they expect the Met’s broad ‘strategic focus’ to be on pursuing important criminal offences rather than offensive opinions, to police the streets not the tweets, as in the recent arrests of Londoners for making stupid remarks on social media. At a push, the mayor might even appoint a chief constable who does not think it is the job of the Metropolitan Police to arrest and charge journalists simply for doing their job!

No doubt others can think of much more that a mayor could do. Of course, none of this would solve the problems assailing free speech in the city, the country and the wider West. But declaring the whole of London a genuine Free Speech Zone could prove a rallying cry to help focus the resistance to the new threats facing our liberties today. And, of course, anybody attempting to go so far against the fashion for restricting free speech could expect to be put in the stocks like John Lilburne, or the Tower like John Wilkes, at least figuratively speaking. Displaying the courage and commitment to follow in their footsteps seems to me the best qualification any candidate of any party could have to lead the great free city of London.