A deep green in charge of London? I don’t think so

Having Zac Goldsmith run London would be like asking a nun to run a brothel. 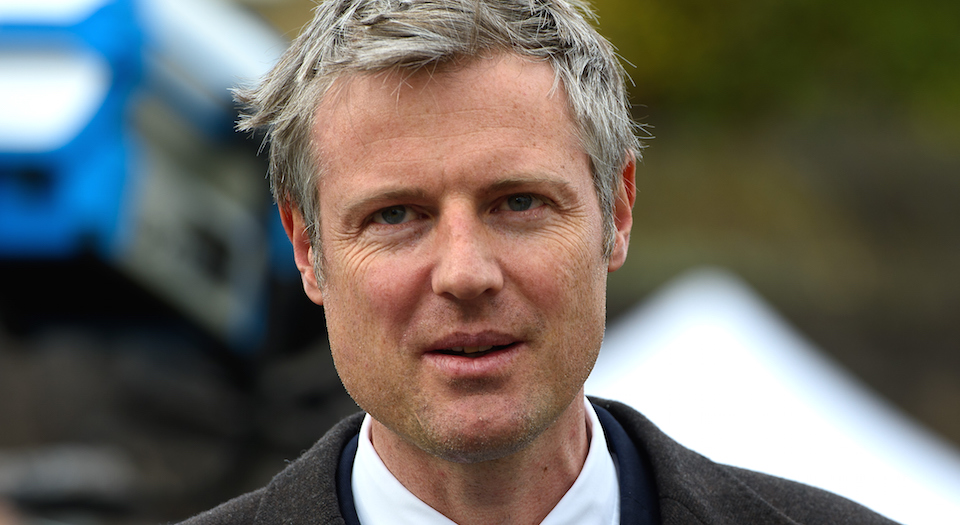 If you hate cars and supermarkets and junk food and people cramming together to sell stuff and buy stuff and dispose of stuff, then London probably isn’t for you. Take it from me, a Londoner from birth, who never ceases to be amazed by the daily cranking to life of this beast of steel and concrete and human throngs, the greatest city on Earth, which is as unnatural a spectacle as you’re ever likely to see. Even Hyde Park, the great green space we escape to, is manmade, having been shaped at great cost by landscapers, its Serpentine lake invented through the damming of a river that once ran through this space in order to create a waterscape that would be a ‘line of beauty’. Anyone who thinks ‘manmade’ is a term of abuse need only look at London: a sprawling human invention, housing nearly nine million souls, all enjoying the liberation from nature provided by manmade city life.

All of which raises a question: why on earth does Zac Goldsmith want to run this city? Goldsmith, an eco-Tory from leafy Richmond, wants to be mayor of London. Which is bizarre given that his deep-green soul, his profoundly conservative and ecological heart, makes him bristle with horror at everything big and modern and, well, manmade. Having Goldsmith run London would be like having a nun run a brothel: this eco-puritan is just not cut out for the job of overseeing a city of millions, of trade, of power, of light, of litter, of vice, all things that tend to freak out deep greens.

All the views held by Goldsmith make it weird that he wants to run a city, never mind one as colossal as London, one that puts old Rome to shame with its energy and noise. Virtually his every utterance speaks to a snooty disdain for modernity. On supermarkets, ‘I really hate them’, he says. They’re ‘soul-destroying’, he reckons. That’s if the ignoramuses who shop in supermarkets — you know, Ordinary People — even have souls capable of being destroyed. ‘You might as well be a product on a conveyor belt hurtling around the shop doing what you have been programmed to do by the corporation selling you crap’, says Goldsmith with superb snobbery of the dumb, robotic hordes who patronise supermarkets. London throbs with supermarkets, whether the little Londis ones on your local high street or the sprawling Morrison’s in your nearest town centre, and these supermarkets throb with people, who haven’t been ‘programmed’ to try to do their weekly shop in a nifty 45-minute trolley-dash under one roof — they want to, in order that they might have more free time for family life, social life, London life. That a prospective mayor doesn’t get this is weird, and worrying.

And Mayor Zac — heaven forbid — should make sure he never ventures into the West End or Soho on a Saturday night, where he might see people throwing back beer and burgers or plates of madly delicious Italian fare. For just as he has a problem with the junk-minded people who shuffle zombie-like through Tescos, he also has a problem with junk food. ‘I’m convinced our diet is making us ill’, he has said. He reckons rubbish food is causing cancer and autism and also hyperactivity in kids, which is just a pseudo-scientific, eco-ridiculous update of the idea of the ‘wages of sin’: the wages of your sinful Nando’s will be mental disease, or death. ‘We don’t know what is in our food any more’, wails Goldsmith. Yes, we do: dirty sauce (if you’re into Shoreditch hipster food), loads of lamb (if the Turks of Seven Sisters are your preferred chefs), lashings of creamy carbonara (if it’s a Soho Italian you’re after). Goldsmith would be better suited to running one of those sad health farms for middle-class self-haters than a city of a trillion calories like London.

He isn’t fond of the idea of people moving around, either. His Cameron-commissioned ‘Quality of Life’ report in the 2000s proposed slapping stiff taxes on short-haul flights and highly polluting vehicles in order to discourage people — and especially plebs, let’s face it, who aren’t flush with money — from journeying around so much. His idea of ‘quality of life’ is clearly different to that of the average inhabitant of London, in which there are 2.6million licensed cars and where millions of people land in planes every year. Movement, migration, travel: these are the lifeblood of London.

But then, Goldsmith has made clear throughout his career as a famed eco-miserabilist and then mumbling MP that he is against progress in general — even in the Third World, never mind London. People say that ‘poor countries must be given the right to catch up [with the West]’, he once said, ‘but they can’t’. Apparently Earth ‘cannot sustain the process of Third World countries catching up with us. It’s crazy, it’s mad. It’s just not possible.’ So they’ll have to stay put, these Third Worlders, living what the likes of Goldsmith consider to be ‘natural lives’ but which is really just grinding poverty. A politician with such a shrivelled sense of what’s possible — ‘it’s just not possible’, he says of massive growth in the South — won’t get on well with a city of possibility like London.

More recently, perhaps recognising that the mayor of a city has to have some kind of plan for where citizens will live, Goldsmith has said he would fuel a ‘house-building revolution’ in London. If you think that sounds unlikely coming from someone who’s against progress and industry and airports and more, then you’re right. Goldsmith says he’ll build 50,000 new homes in a year, which is not nearly enough to satisfy demand. And he’ll mostly build them on publicly owned brownfield land or through doing up ‘dilapidated estates’, all in the name of avoiding building on the Green Belt. But that is what we need: Green Belt build, the expansion of London further outwards, as has happened throughout history, so that the city becomes bigger and the current trend towards densification and cramming people into small flats and homes can be reversed. Not surprisingly, for someone who thinks ‘the world [is] under siege’ from corporations and pollution and other bad things, Goldsmith thinks interfering with the Green Belt is sacrilege. Once again, preserving greenery takes precedence over meeting mankind’s needs — the polar opposite to what a city’s priorities ought to be.

The Goldsmith worldview is best summed up in The Ecologist, the nutty magazine founded by his uncle Edward Goldsmith and edited by Zac in the 2000s. To read that mag — or peruse it, rather; reading it is far too depressing — is to peer into the fearful, panicked, misanthropic soul of eco-aristocrats and middle-class miserabilists. It drips with disdain for modern man and his harmful chemicals and overpopulation and psychologically disordered climate-change denial. To have the former head of such a mag agitating to govern London is as strange as it would be for one of those sneery anti-football-fan Guardian types to go for a job at the top of the FA. You hate this stuff, why do you want to be in charge of it?

Of course, Goldsmith is not alone in obsessing over how to make London more eco-friendly. His Labour rival Sadiq Khan also spouts green platitudes and has flip-flopped on building on the Green Belt (he was once in favour, now he’s against). And even Boris Johnson, supposedly brave questioner of climate-change orthodoxy, transmogrified into a green mayor when he got the job eight years ago, rushing out doom-laden reports about future floods and whatnot if we don’t tame London’s industrial and consumerist appetites. What these people seem not to understand is that a city, in its very bones, is eco-unfriendly; it represents a defiance of nature, a pushing against nature, a coming together of vast numbers of human beings to do things better than nature: to live in a manmade zone in which we’re safe from nature’s whims, food is always in supply, and working and getting about are no longer a great struggle. To be a citizen, to inhabit a city, is to be liberated from the natural world. It is to be eco-unfriendly. And people want this, everywhere. More than half of the world’s population — 54% — now live in urban areas. Because they’re better than natural areas.

Sure, a mayor should keep parks up to scratch, give us recreational things to do, and ensure easy access for Londoners to nearby beautiful landscapes (by running a better train service, among other manmade things). But he must also realise that making London ‘green’, in the sense of lowering its ambitions, restricting its ability to expand, and tut-tutting at its populace for being greedy and fat and not sufficiently into cycling, isn’t going to happen. London isn’t green, and it never will be: it’s something far better than that — grey and silver and blue and all the other colours of the structures and networks and roads we have built for millions and millions of Londoners, and even higher numbers of aspiring Londoners.