Leftists for the EU: the radical wing of the oligarchy

The left’s journey from democracy to technocracy is complete. 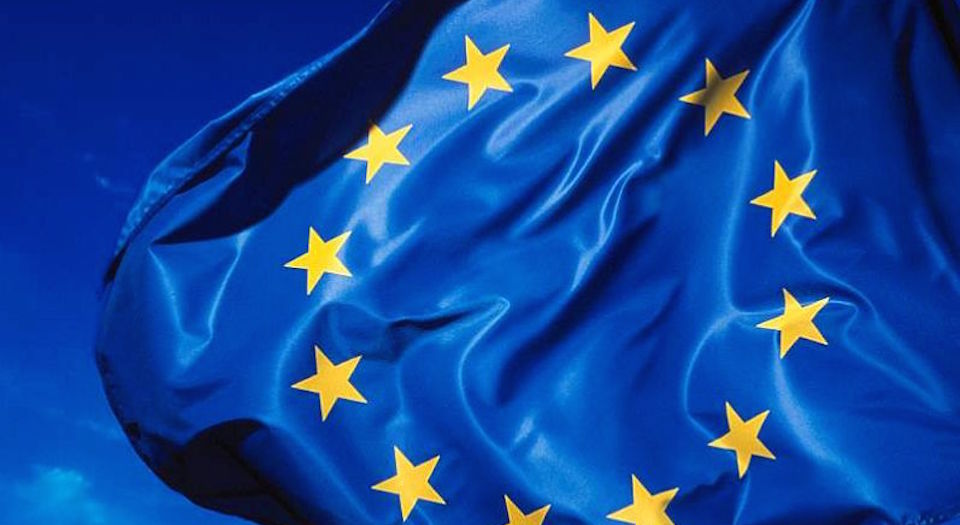 The referendum on Britain’s membership of the EU has thrown many things into sharp relief. It has made more visible the fraying of the Tory Party that has been brewing for a few decades now. It has demonstrated that the politics of fear is everywhere, being peddled by both the Leave and Stay campaigns, and even being openly celebrated by one pro-EU columnist on the basis that ‘fear alone has a purity you can trust’. But most strikingly, the referendum campaign has confirmed the death, or at least utter exhaustion, of a left that believes in democracy, in change, in people. In throwing its weight behind the Stay campaign, having historically been suspicious of the EU, the left has completed its journey from demanding democracy to supporting technocracy.

This is what has been most graphically exposed by the referendum: the hollowness of the British left’s pretensions of radicalism. For we now know that, for all their angst about the bedroom tax and nostalgic marches against ‘TORY SCUM’, left-wing politicians and activists are in favour of the status quo. They’re in favour of preserving the machinery of government in Brussels, a machinery that is as aloof and creaking as it’s possible for a ruling institution to be. These are radicals for the status quo, agitators for the ruling regime, the radical wing of the oligarchy. Whatever happens as a result of this referendum, the left’s reputation will not recover. Its history of fighting for suffrage and the right of people both to consent to and control the institutions that govern them is now just that — history, a thing of the past, now jettisoned.

The turnaround in the left’s attitude to the EU has been extraordinary. Being anti-Brussels is now considered a right-wing thing, or even a xenophobic thing, but that wasn’t always the case. Influential Labourites and trade unionists agitated against emerging European institutions in the 1970s and 80s. Labour leader Jeremy Corbyn voted against Britain staying in the Common Market in the 1975 referendum, later slammed the EU for its ‘gross abuse of human rights and natural resources’, and voted against various EU treaties as an MP. Yet now he’s campaigning to stay in. In 1983, the actual Labour manifesto proposed getting out of Brussels. The late Tony Benn, hero of leftish Labourites, continually agitated against the EU, describing it as a usurper of the British people’s popular sovereignty. Few people seem to realise what a massive about-face it is for Labourites and radical leftish commentators now to encourage people to vote to stay in this institution that Benn said turns ordinary people into ‘slaves to Rome’.

As recently as last year, following Brussels’ imperious treatment of Greece, British leftists had a flashback to their earlier Euroscepticism. A Guardian columnist said, ‘The left must now campaign to leave the EU’. Yet now, having seemingly got over the EU’s anti-democratic pummelling of the Greek people’s wishes, its imposition of technocracy in Italy, its blackmail-fuelled enforcement of austerity in Ireland, and its non-stop hounding of the elected governments of Eastern Europe for being insufficiently liberal, the British left has decided we must stay in the EU after all. The willingness of the left to sell out both its own democratic principles and also the various peoples of Europe who have been treated like children by the Brussels machine is shocking, even for those of us who’ve long lost faith in the left. With friends like this, the masses of Europe don’t need any more enemies.

The left’s craven cuddling-up to the institutions of the EU is best captured in the figure of Yanis Varoufakis, who was the Greek finance minister when that nation was being hammered by Brussels. Varoufakis now says we Brits must vote to stay, because if the EU disintegrates there will be an ‘inexorable slide toward catastrophe’, potentially giving rise to neo-fascism. And the left accuses the right of playing the fear card on the EU? Varoufakis chastises ‘Eastern European governments [that are] openly stating their opposition to the principle of solidarity’ — by which he means these elected governments are expressing disdain for some of Brussels’ diktats. For a man who has felt the flames of Brussels’ fury to tell off Eastern Europeans for being anti-Brussels is pretty awful.

The thing driving these radicals for oligarchy is distrust and even disdain for the living, breathing practice of democracy. The further removed the left becomes from ordinary people, the more it sees aloof institutions or cliques of experts as the best guarantors of progressive change. The story of the modern left is one of utter disappointment with the little people. It is creeped out by the masses, whose passions and interests it simply does not understand. Where the left is increasingly identitarian, anti-growth, eco-obsessed and sneering about modernity, ordinary people remain stubbornly interested in jobs, growth, making ends meet, having more and more stuff, and seeing people as people rather than as identities. This chasm between the left and everyday people explains the left’s move towards being pro-state, pro-welfarism, pro-expertise and pro-Brussels: it doesn’t trust Us, and so it turns to Them, to try to secure a few social reforms.

It’s the end of an era. Those who considered themselves left, or progressive, were once at the forefront of demanding greater suffrage and greater political clout for the man (and woman) in the street. Now, leftists implicitly defend the curbing of popular sovereignty through campaigning to preserve the institutions of the EU. Some claim they want to reform the EU, and make it more democratic. But anti-democracy is built into the very heart of this institution: it has moulded itself precisely around the desire of national elites to dodge discussion with their own electorates in favour of getting politics done more ‘efficiently’. You can no more democratise the vast Byzantine EU than you could democratise a monarchy. In 1789, today’s compromising, public-fearing left would likely have said: ‘Wait! Let’s not overthrow the Bourbon dynasty — let’s reform it from within.’

Sometimes politics throws up pressing questions about society, about the shape of the future, questions that demand of us courage and daring and a willingness to take risks. Sure, a referendum on the EU is not at all comparable to a revolution, but it is posing a profound question: should sovereignty rest with people, and be popular and direct, or should it be pooled into institutions largely beyond people’s reach? The left has said ‘the latter’, and in the process has sold out its one remaining principle. spiked says ‘the former’, because we still cleave to the radical idea fought for by the Levellers, the Chartists and other progressive movements: that people should have real, meaningful and regular say about the political direction of their nations and their lives.