Fat chance of a debate: meet the foodie censors 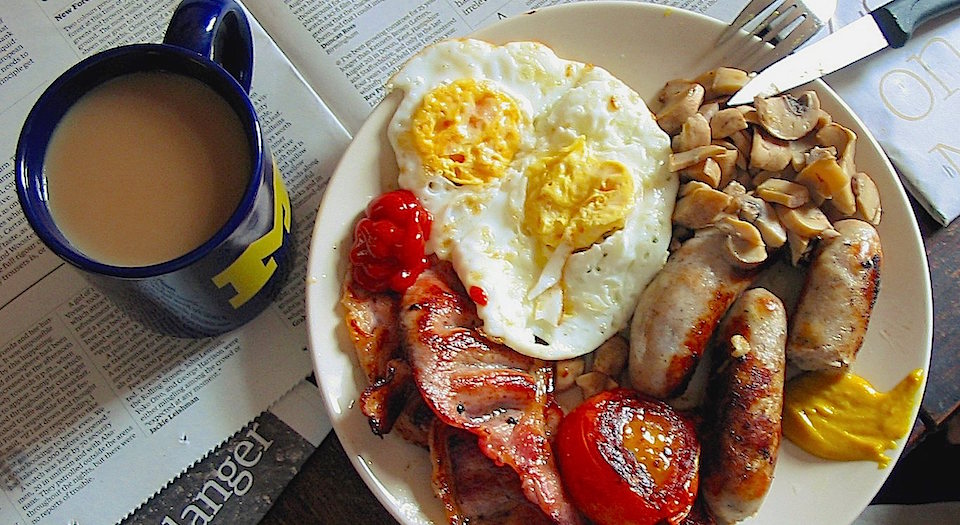 In the past couple of years, debate about attacks on free speech has focused on university campuses and the willingness to prevent the discussion of certain ideas. Certain ideas are offensive, we are told, and the feelings of students need to be protected. Far from university being a home for the unencumbered exchange of ideas, anything outside a narrow mainstream is now regarded as verboten.

But things are just as bad within academia itself, particularly at the point where research and policy meet. This has long been the case in the highly politicised world of climate science, but a recent incident involving nutrition science and policy shows that the notion of catastrophic manmade climate change is not the only issue regarded as too important to be debated.

Nina Teicholz is the author of The Big Fat Surprise (read spiked’s review), which argues against the idea that eating fat, particularly saturated fat, is a major cause of heart disease and other illnesses. Teicholz argues that the claim that eating fat is killing us was promoted aggressively by a handful of researchers who lobbied and bullied their way on to a range of policymaking committees until ‘fat is bad’ became official policy and unquestioned orthodoxy. In reality, there has long been plenty of evidence that eating fat is not a problem, and Teicholz argues that the effect of fat’s demonisation has been to push our diets towards an excess of carbohydrate, which she believes is the true culprit in the rise of obesity and diabetes.

Given that this view is a significant challenge to mainstream thinking, it would be valuable for it to be widely discussed. That’s the way science is supposed to work – existing ideas are challenged and either refined or overthrown as new evidence and thinking emerges. Yet those in the nutrition-research establishment, who vehemently disagree with Teicholz, have preferred to close down debate rather than challenge her ideas.

The latest example of this came at the National Food Policy Conference in Washington, DC last week. Teicholz was due to speak on a panel titled ‘Turning nutrition science into policy’. She was planning on criticising the revamped 2015 Dietary Guidelines for America (DGA) for ignoring recent evidence that calls into question previous advice. As she told me by email, in her view, ‘the guidelines themselves, by shifting consumption from fat to carbs, actually played a role in causing the obesity/diabetes epidemics’.

But rather than having the debate out in public, she was no-platformed by the other speakers. ‘I was told that all three members of the panel refused to participate with me’, she said. The conference organisers, who had previously been keen to have her speak, disinvited her a couple of weeks beforehand and replaced her with Maureen Storey, president and CEO of the Alliance for Potato Research and Education – hardly someone who would argue that carbohydrate is a cause of health problems.

Who gets invited to speak at a conference or write in a publication is not a free-speech issue in itself. Event organisers and editors have every right to decide what kind of discussions or articles they want. But disinviting someone under pressure from their critics, and simply for holding views they have already expressed in public and were the basis of the original invitation, is worrying. The organisers should have held their nerve and let Teicholz speak, even if her fellow panellists refused to join her.

As Teicholz tells me: ‘In nutrition science, the mainstream has been very reluctant to embrace debate on issues of fat and carbs. Alternative points of view are not represented in conferences and very little in most of the mainstream press.’ Indeed, she says, those who are open to debate are bullied into pulling back, making it difficult for those researching low-carb diets to get published.

This was not the first time Teicholz had been on the receiving end of censorship. After the DGAs were announced in 2015, she wrote a long article for the British Medical Journal (BMJ) criticising both the content of the guidelines and the manner in which they were prepared. After an exchange of responses (all on the BMJ website), the Center for Science in the Public Interest (CSPI), a high-profile lobby group, organised a letter demanding that the BMJ retract the original article. Rather than encouraging the widest possible debate about Teicholz’s theory, the CSPI and others, including leading researchers at Harvard and Yale, seemed more interested in suppressing it.

There is a clear public interest in trying to understand why obesity rates spiked upwards from the early Eighties onwards, and why there has been a rapid rise in the diagnosis and prevalence of type-2 diabetes. The orthodox view is that we live in an ‘obesogenic’ environment, combining easy access to the wrong food pushed by profit-obsessed corporations with fewer opportunities for meaningful exercise. Teicholz argues that it is the shift in our eating habits, driven by official advice, that is to blame. That’s an interesting idea and one that deserves discussion and scrutiny.

Of course, Teicholz might be wrong, but by shutting down debate, we don’t get the chance to decide for ourselves. The nutrition-science establishment has decided to protect us from such dangerous thinking, lest we foolishly eat the wrong things or – heaven forbid – start to question their authority. This closing of ranks and shutting of minds in the highest echelons of academia and policymaking is as dangerous as the current shenanigans of censorious students.