Junk the injunctions, and free the press

There are bigger issues than celeb sex lives behind this farcical gag. 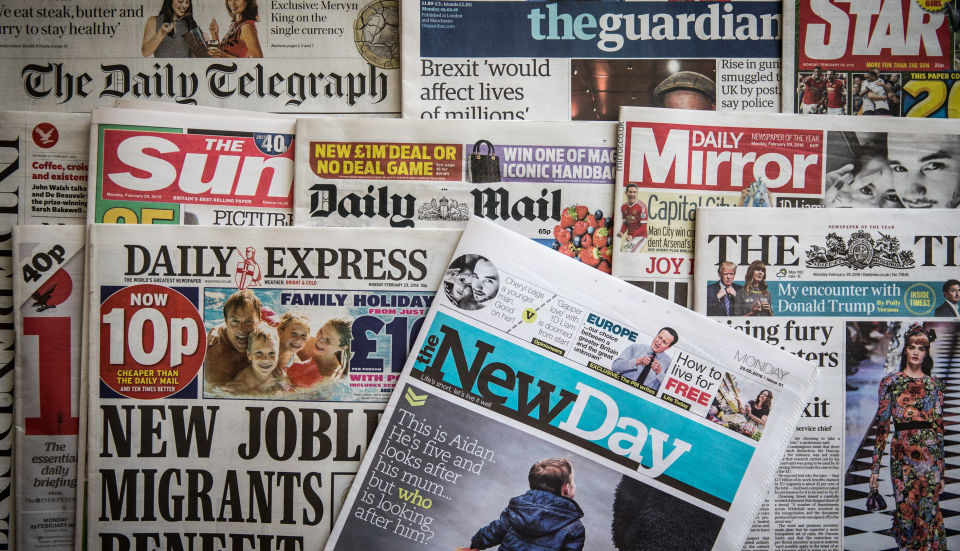 Even those of us who care little or nothing about the sex lives of celebrities should care about the latest farcical attempt by the English courts to use an injunction to gag a tabloid newspaper.

The case sets a potentially dangerous new standard in allowing judges to screw over press freedom and dictate what the public should be allowed to know. The judicial campaign to impose a privacy law by the back door is the big issue we should all be concerned with, behind the squalid details of celebrity scandal.

The case has also set new standards for absurdity in media law, with English newspaper readers being denied access to a story that has been published by the press elsewhere, first in the US and now in Scotland, by the Sunday Mail. We know there are those who believe that England and Scotland are separate states. But should we really be fed different state-approved versions of the news?

The Court of Appeal slapped the gagging order in question on the Sun on Sunday, the first such privacy injunction imposed since 2011. It bars the paper from revealing the extramarital three-in-a-bed antics of ‘PJS’, a well-known entertainer with a public image as a happily married family man.

PJS and his partner, known in court as ‘YMA’, first applied to the High Court for an injunction to suppress the story. The famous couple admitted to having an ‘open’ relationship, but argued that it could damage their children if this was publicised.
However, Mr Justice Cranston refused to grant the injunction, on the ground that the couple’s reasonable expectation of privacy had been lowered by their own behaviour, so that the paper could claim a public interest in correcting their image of commitment. He ruled that the right to respect for family life, as protected by Article 8 of the Human Rights Act, ‘cannot operate as a blank cheque’ for those seeking to suppress news reports that are true.

But when the celebrity couple took their case to the Court of Appeal, the judges overturned Cranston’s decision and approved the injunction stopping publication. Lord Justice Jackson and Lady Justice King ruled that the right to privacy of the famous couple’s children was a key factor, aka a blank cheque. They endorsed the view of the European courts, that stories which satisfy readers’ curiosity about the private lives of public figures ‘do not serve the public interest’.

Cue a justifiable outburst of indignation from the Sun and other tabloid papers at this judicial intrusion in their affairs. The farrago quickly turned to farce when the American press, which need not of course submit to injunctions issued in London, named the celebrity couple concerned. Now the Scottish Sunday Mail, which is not subject to English law either, has done the same. Anybody with access to social media can presumably find the names in less time than it takes to type ‘PJS v News Group Newspapers’, though those posting the names in England could be prosecuted. Meanwhile the absurd legal gag on English newspapers remains in place.

As far as the parties involved are concerned, this case should surely demonstrate that such injunctions are a waste of time and money all round in the 21st century. This was the first injunction hearing at the Court of Appeal since the dark days of super-injunctions five years ago. Those seeking further injunctions might do well to recall the earlier experience of celebrities who spent fortunes for nothing in court. Ask Andrew Marr of the BBC or Ryan Giggs of Manchester United about trying to use paper rulings to hide guilty secrets in the age of global and social media.

More importantly for the rest of us, however, such gagging orders pose a real threat to freedom of expression and of the press. The appeal court judges endorsed broad principles which could have far-reaching implications in other cases.

The judges claimed that the privacy rights of the couple’s children outweighed the freedom of the press to publish the truth. In reality this means that Lord Justice Jackson and Lady Justice King are treating the public as if we were all children, with them allotted the role of bewigged guardians protecting our innocent eyes from ‘naughty’ words and pictures.

The courts should not be allowed to use children as human shields for an attack on the freedom of the press. Once that line is drawn, where does the censorship end? Anybody should surely then be able to use the fact that they have children to suppress any damaging news story about them. Public figures with something to hide might be well advised to get their hands on a child quickly.

The big question underpinning this dispute is: who decides what is in ‘the public interest’? The one thing we can be sure of is that it is not left up to the public. Judges use the Human Rights Act to claim the right to rule on what news is fit for public consumption. Thus the appeal court could declare that just because a story might interest the public, does not mean it is in the ‘public interest’ as defined by judges and government ministers. Some of us, however, have always believed that it should be up to the public to judge what is in our interests to know – and that we can only judge that after everything is in the public arena.

But what about the right to privacy? There is indeed a problem in our culture with the blurring of lines between public and private. spiked has been at pains to point out the dangers of everything from official intrusion into family life to the hounding of public figures for words they used in private. However, this latest case demonstrates the distorted way that the problem of privacy is discussed. First, the tabloid press is singled out as the villain, while state invasions of privacy are often ignored or even endorsed. And second, the ‘solution’ proposed is more official intervention in the form of injunctions, de facto privacy laws and state-backed press regulation.

Privacy is important. But privacy laws, especially those imposed via the backdoor, by unelected, unaccountable judges via injunctions, are a menace to the public interest in press freedom and open discussion. Rulings such as this one could take us closer to French-style privacy laws, which the rich and powerful across the Channel have long used to cover up corruption and hypocrisy. President Francois Mitterrand even hid his long-term affair, adult love-child and terminal illness from French voters.

We might feel that what PJS gets up to in private is essentially a matter between him, YMA and however many others are invited. But any invitation to the state to intrude on press freedom and curb public discussion should be of serious concern to us all.

In the US, they have the First Amendment to the Constitution which protects freedom of speech and of the press from being infringed by the law. In the UK, meanwhile, we are still expected to endure farcical last-century injunctions which allow judges to decide what news is fit for some of us to hear. Time to junk the injunctions, and free the press.