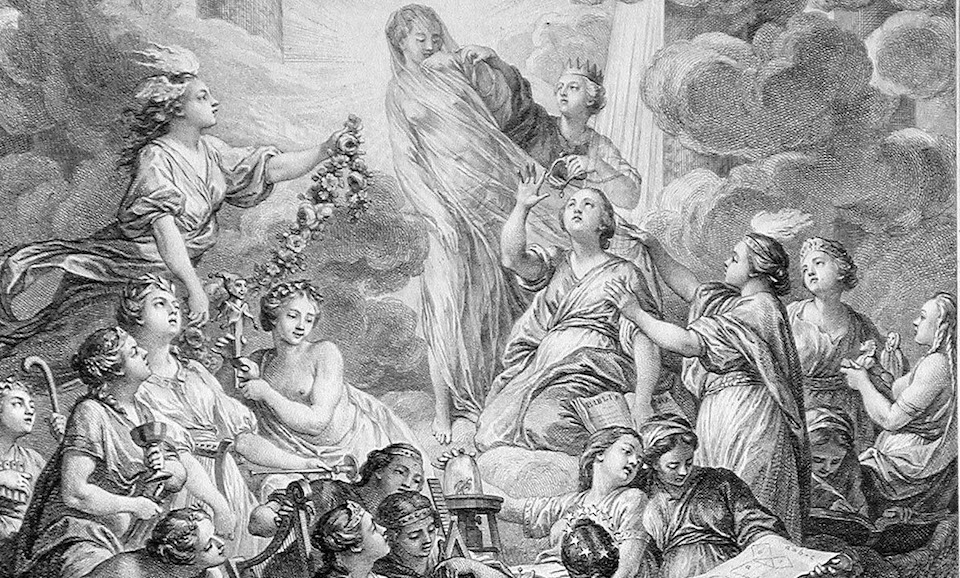 The laboratory of modernity

Vincenzo Ferrone explains why historians need to reclaim the Enlightenment.

Vincenzo Ferrone: Hegel has dominated philosophical thought in Germany and in Europe for centuries. He blends history with philosophy, and it is through his philosophical history of humankind that he constructed the idea of the Enlightenment – an unhappy liberation of spirit or consciousness from tradition – which is an idea that still prevails in Western culture today. It is a powerful idea. In contrast to Kant’s positive evaluation of the Enlightenment, Hegel criticises it because of its philosophical limitations. He argues that the Enlightenment is always to be considered in dialectical terms, as an important movement in the phenomenology of the spirit, with its negative elements (self-estrangement, for instance) to be overcome when a new synthesis is in sight.

It is necessary, however, to make a further clarification: the cornerstone of The Enlightenment is a polemic against this still dominant historical-philosophical idea of the Enlightenment, and, in particular, the lack of epistemological awareness that historians themselves show when considering the importance and autonomy of historical research and knowledge. This argument has a long history, deriving from a specific Italian historical tradition that arose in the course of the 20th century in the work of eminent scholars such as Arnaldo Momigliano, Eugenio Garin, Paolo Rossi and Franco Venturi. As I put it in The Enlightenment (p156), this tradition was characterised ‘by a steady awareness of the fundamental distinction between history and historiography, between Res gestae (the events themselves) and Historia Rerum Gestarum (the narrative relating those events); in other words, between a view of history as essentially a question to be addressed in philological and epistemological terms, and a methodology-driven view based on various intriguing but misleading forms of the philosophy of history’.

review: You provide a fascinating characterisation of Friedrich Nietzsche as a key figure in the development of the ‘paradigm of the centaur’. Why was his work so pivotal in the philosophical understanding of the Enlightenment, and how did it open up the way for postmodern positions on the Enlightenment?

Ferrone: Nietzsche is unquestionably a formidable exponent of the paradigm of the Hegelian ‘centaur’. On the one hand, he takes up the idea of the Enlightenment as a moment in the history of philosophy; but, on the other, he criticises the rational metaphysical system that characterises Hegelian thought. Of course, Nietzsche’s criticism of Hegel is part of his denunciation of the history of Western philosophy, which he accuses of obscuring the true face of human nature through reason and rationality. Nietzsche certainly re-evaluates the Enlightenment, pitting his beloved Voltaire against Rousseau. But he reinterprets the Enlightenment, too, criticising it for elevating reason, before reducing the claims of reason to little more than an expression of man’s will to power.

It must be said, too, that Nietzsche opened the way for postmodern readings of the Enlightenment by fuelling and nurturing scepticism towards the idea of ‘truth’, painting it as a mere representation and interpretation of reality.

However, especially after 1989 and the fall of the Berlin Wall, when reactionaries acted as if the Enlightenment was over, I believe the time has come to change that teleological point of view. In order to study accurately the relationship between the Enlightenment and the French Revolution, we need to study them separately, in their respective contexts. Only then can we truly understand their respective dynamics, peculiarities and authentic profiles. We might then finally understand the real European character of the Enlightenment, not just its development and conclusion in France with revolution and terror.

review: You use a beautiful phrase to characterise the Enlightenment – the ‘laboratory of modernity’. Could you say what you mean by this?

Ferrone: I refer to the Enlightenment as the ‘laboratory of modernity’, rather than conflating it with ‘modernity’ as many scholars do, in order to indicate the historical, experimental and therefore often contradictory character of the Enlightenment – it shouldn’t be reducible to a precise and synthetic philosophical formulation such as modernity. In fact, the Enlightenment was the beginning of a fascinating historical experience, an era that allowed for a search for values and the emergence of original ideas, that generated new forms of government, social utopias and myriad political reforms.

The Enlightenment project, from the transformation of the ancien régime and the emancipation of man through man, to the creation of the language of rights, the invention of political economy and the forging of a new concept of art and aesthetics, was the work of many protagonists responding to many different historical contexts and cultures. The questions asked at the beginning of the Enlightenment era were the same in every corner of Europe: What is man?; What are his limits and his potentialities?; How can man emancipate himself?; What is the meaning of man’s humanity?; Can we better our existence through education, reforms, new forms of government, relentless criticism in every field and the development of a modern public sphere? This explosion of questioning generated a genuine cultural revolution, embracing experimentation in every field of human activity. It was an immense laboratory, trying out new values, trailblazing new cultural practices and forging a modern civil society of free men. And it opposed privileges, the hierarchy of blood and the traditional values of the ancien régime.

review: You also talk about the role of humanism. So how did Enlightenment humanism differ from previous forms of humanism, for example, Renaissance humanism?

Ferrone: There have been many ‘humanisms’ in history. However the humanism of the Enlightenment involved exceptional figures who, as Michel Foucault had it, ‘placed man on the throne’ for the first time. Nowhere is this more apparent than in Diderot’s ‘tree of knowledge’, and the related epistemological project he outlined in his Encyclopèdie. At the centre of each sphere of knowledge, all of which are founded on the man’s three faculties – reason, memory and imagination – Diderot placed man and man alone. He wrote that ‘if we ever banish a man, or the thinking and contemplative being, from above the surface of the Earth, this pathetic and sublime spectacle of nature becomes no more than a scene of melancholy and silence. The universe is dumb; the darkness and silence of the night take possession of it.’ In other words, every form of knowledge originates from the human being and ends with the human being.

Religion, by contrast, transfigured the world in terms of God’s will. It was therefore either polemically denied by materialists influenced by Baron d’Holbach’s radical Enlightenment ideas, or circumscribed by the deists who believed in a new natural religion without priests, churches, dogmas and revelations – something that was theorised by the followers of Voltaire and Rousseau. Indeed, Rousseau even dreamed of a civil religion that would propagate the rights of man.

Renaissance humanism is quite another matter. Its typical elements were Neoplatonic and hermetic, and its intense spirituality and religiosity inspired the likes of Raffaelo, Ficino, Michelangelo and Pico della Mirandola.

Ferrone: There is no doubt that the Enlightenment would never have happened in the West without the birth of the so-called republic of letters during the 16th century. Thus freemasonry and the republic of letters, together with its academies, salons, periodicals and newspapers, provided the soil in which the cultural overthrow of the ancien régime flourished. Certainly the existence of the Enlightenment republic of letters was dependent on the revolution of the printing press and the development of the modern publishing industry that was able, in the long run, to redefine the role of the intellectual as a social subject, financially independent, and no longer in need of patronage.

But it was only during the Enlightenment that the republic of letters and the system of social communication experienced radical transformations. A new and potent critical sensibility emerged, alongside the development of modern public opinion. And the growing market of cultural consumers in both the literary and the artistic fields definitively freed the old republic of letters from the traditional patronage of princes, the church and the monarchy, encouraging the politicisation of the intellectual and the artist.

I am certain that the great values of the Enlightenment – universal human rights, cosmopolitanism, tolerance, the discriminating and public application of rationality and judgement in every field – are still vital to the survival of humanity when confronted by religious fanaticism and postmodern nihilism. However, a defence of Enlightenment values shouldn’t be mounted dogmatically, using philosophical and ideological structures of thought, as Kant was able to do in What is Enlightenment?. Rather, we must start using our historical knowledge of what was the Enlightenment. This would allow us to understand finally what is left of its fascinating and controversial legacy, to grasp its tragic mistakes, its illusions, its failed experiments. And this is as it ought to be if we are to take seriously the Enlightenment as the laboratory of modernity. It is with these objectives in mind that I have spent the past 10 years of my scholarly life writing my latest book, Storia dei diritti dell’uomo. L’Illuminismo e la costruzione del linguaggio politico dei moderni (‘A History of Human Rights: the Enlightenment and the construction of modern political language’).

Vincenzo Ferrone is professor of modern history at the University of Turin. He has been a visiting scholar at the Collège de France and at the Institute for Advanced Study in Princeton.

The Enlightenment: History of an Idea, is published by Princeton University Press. (Buy this book from Amazon(UK).)

Picture: Extract from the frontispiece of the Encyclopédie, 1772.