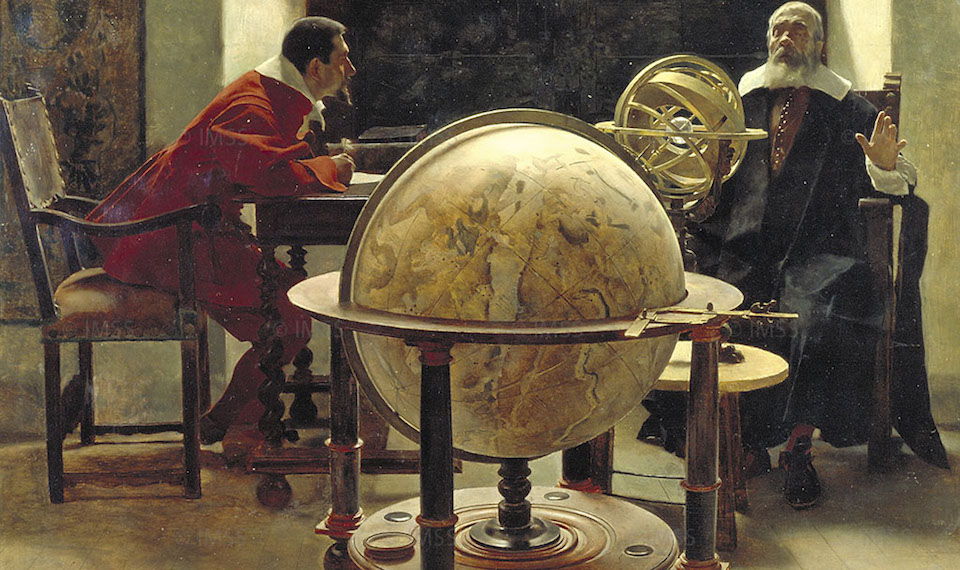 The Enlightenment according to Grayling

The Age of Genius is overburdened by its animosity towards religion.

There are many things to admire about The Age of Genius: The Seventeenth Century and the Birth of the Modern Mind, philosopher AC Grayling’s encomium to the Enlightenment, or at least its early-ish part. Above all, it is unabashed. Grayling knows that the academic nitpickers will be eager to drag their combs through its unsubtleties, its perceived naivety, its lack of back-covering nuance. ‘They criticise all the Whiggish, progressivist, secularist accounts of the 17th and 18th centuries (the Long Enlightenment let us call it) – of which this book is one – as rationalisations, parti pris accounts rather than records of a great moment (as I put it, the epoch) in human history.’ But so what?, Grayling harrumphs. The 17th century was ‘the epoch in the story of the human mind’. At its inception, he asserts, the prevailing European worldview was continuous with its medieval and antique predecessors, but ‘by the end of that century it had become modern’. The Earth was no longer the centre of the universe; monarchy, disrobed and beheaded, was no longer sacred; and science – methodical, empirical science – was no longer in thrall to magic and superstition.

Grayling is even prepared to assert why this, of all centuries, was the age of genius. The figures in all fields of human life were exceptional, of course. In literature, Shakespeare was still there – just about – as was Cervantes, and then there was Milton and de Bergerac. In art, there was Caravaggio, Rubens and Rembrandt; in philosophy, Descartes, Spinoza and Bacon; in science, Newton, Galileo and Kepler. The grand names just keep coming. But these individual geniuses couldn’t have flourished in an earlier age, argues Grayling. They depended, for instance, on the explosion in means of communication. ‘By the end of the 16th century’, he writes, ‘all the elements were copiously in place for a flourishing culture of letter-writing, abetted by two developments: the availability of inexpensive paper made from pulp – water-powered pulp mills were invented in Italy as early as the fourteenth century – and the widespread availability of printed books among which letter-writing manuals and compilations of models of classical and rhetoric-based epistolary styles abounded… The 17th-century republic of letters was an “international, unstructured” association for which the letter post was the practical bond.’ It allowed figures like French polymath Mersenne to become, as Grayling puts it, the human equivalent of an internet server, connecting up some of the greatest minds of the era, from Descartes to Hobbes, in a web of correspondence. And by the end of the 17th century, such lettered networks had been institutionalised in groupings like the Royal Society.

But it was the tumult of the era, Grayling contends, that proved pivotal. Because this was not just an age of genius, it was also an age of Europe-wide conflict, with the Thirty Years War at its bloody heart. Triggered by the Bohemian revolt in 1618, and exacerabted by the Holy Roman Empire’s Edict of Restitution in 1629 which demanded that all property originally Catholic-owned, but taken by Protestants since the Peace of Augsburg in 1555, be returned to the Catholic Church – the Thirty Years War exacted an enormous toll on Europe. By some estimates one in every three German-speaking people died because of it. But despite a death toll put at anything between 3million and 11.5million, there was an upside, notes Grayling at his most Panglossian: the breakdown of political and theocratic authority allowed ideas, so long censored by fire and stake, to circulate. The Enlightenment was abroad.

But it is at this point that the problem with Grayling’s account emerges. And it’s not just that the Thirty Years War, recounted in 30-years worth of painstaking detail, dominates and slows the narrative of The Age of Genius. Rather, it’s why Grayling allows this to happen, the reason he spends so long dwelling on the war, that is the problem; namely, his animus towards religion. Hence he is eager – too eager – to paint the Thirty Years War as ‘the last fully international religion-inspired conflict in Europe’, and its aftermath as a waking-up to the folly of faith; hence he dwells on the raping and pillaging that preceded the Treaty of Westphalia because it serves as an indictment of religion.

Grayling’s tone, echoed in the depth of his research, is academic, but his impulse is polemic. The Age of Genius sets itself up against the ever persistent age of faith, that ‘troublesome and intractable enemy’, as Bacon had it, with Grayling firing off broadsides against the pre-modern mind at will. But the difficulty with this is not simply that his digs at ‘the pre-17th-century mind’ of believers become wearing, nor even that the actual faith of many of Grayling’s heroes – Newton and Descartes had God at their theories’ cores – leaves big fat bluebottles in his blindingly pro-science ointment. No, the real difficulty here is that turning the Enlightenment into an anti-religious movement distorts its animating spirit. For its protagonists did not have a problem with religion exactly – Locke, one of Grayling’s heroes, spent a rather famous letter defining and defending people’s freedom of conscience. Rather, they had a problem with religious authority, indeed, with any socially coercive, external force that restricted individuals’ freedom to think, and yes, believe, for themselves. The age of genius was also an age of burgeoning freedom, uncertain and caveated, certainly, but nonetheless craving the liberties which were to be won over the coming centuries.

Sadly, despite its subject, the Enlightenment according to AC Grayling is permeated by a zealotry all of its own.

Tim Black is the editor of the spiked review.

The Age of Genius: The Seventeenth Century and the Birth of the Modern Mind, by AC Grayling, is published by Bloomsbury. (Buy this book from Amazon(UK).)

Cover picture: An Experiment on a Bird in the Air Pump, Joseph Wright of Derby, 1768.