Why vote to stay in something you know is undemocratic? 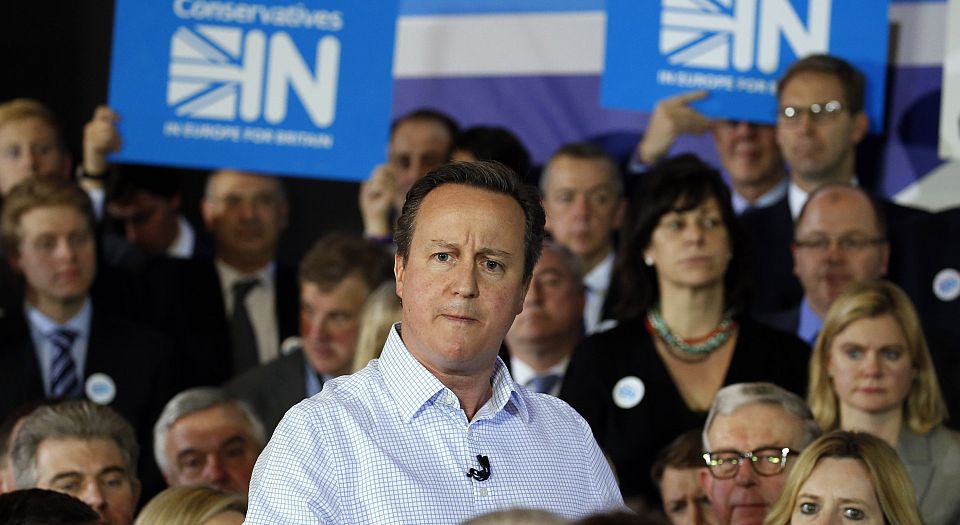 The EU referendum debate has, so far, consisted of arguments over immigration, security and tit-for-tat lists among business leaders for and against. But the fundamental issue in the referendum is not about one particular policy or another, or how good a trade deal the UK would get in the event of a vote to leave. The fundamental issue is about democracy and the lack of accountability of EU decision-makers to the people who are affected by the laws the EU makes. And on this issue, even those calling for Britain to stay are very aware of just how awful the EU really is.

Edward Lucas argues that the Brexit vote is a civilisational choice: ‘Do we see our future in interdependence, cooperation and rules, which is the messy, imperfect, but generally beneficial direction that the world has been evolving in the past decades?’ But Lucas also recognises the ‘dismally unsatisfactory status quo’ and that ‘Europe urgently needs reform’. He adds: ‘Complicated, murky politics creates opportunities for wily rent-seekers to bend the rules to their advantage. Too much of that thrives in Brussels… The European Parliament is not a real legislature and its law-making is deeply flawed.’

Kalypso Nicolaïdis, a professor of international relations at Oxford University, pleads with readers, ‘dear British friends, please stay’, arguing that ‘the EU would be much worse off without Britain’. But she also notes that the EU is ‘flawed and in urgent need of repair’. Die Zeit‘s Jochen Bittner, writing in the New York Times, argues that Britain would benefit from staying, but also says: ‘As a former Brussels correspondent still traumatised by the posting, I have no illusions left about the European Union’s shortcomings and overreaches.’ He adds: ‘I don’t blame your limited appetite for promoting an alternative European spirit, given the regular attacks from the bullies of Brussels. These self-appointed high priests of integration have annoyed you. But they annoy many of us, too.’

The pro-remain group Conservatives for Reform in Europe declares it has ‘deep concerns about the loss of national sovereignty, the drive towards a European superstate, increased regulation, and unsustainable levels of immigration’, yet somehow ends up arguing to stay put. Former Greek finance minister Yanis Varoufakis, perhaps bizarrely, also argues against Brexit, but is at least blunt about the nature of the EU today given the lessons from its imposition of austerity on Greece: ‘If there was ever any doubt that the EU’s institutions are deeply contemptuous of democratic process, and unabashed about their readiness to ride roughshod over rationality and over the will of a sovereign European people, the events of July 2015 dispelled it.’

In other words, the EU is undemocratic, centralising power to Brussels and away from the peoples of Europe. But rather than leave, we are being advised to bide our time, to wait for some kind of reform in the future.

This is woefully optimistic. The basic institutions of the EU are not going to change. Legislation will continue to come from an unelected Commission, be voted on by the European Council of governmental leaders and imposed on countries that don’t want it if a ‘qualified majority’ of member states’ leaders approve it. The European Parliament is an expensive pretence, a fig leaf of democratic accountability. EU institutions are not only undemocratic themselves — they have also shown in Italy and Greece that they can even demand the removal of elected governments. Why would anyone who truly believes in democracy want to remain?

Leaving the EU wouldn’t solve the problem of democracy on its own. There are plenty of undemocratic institutions in the UK, from the monarchy to the House of Lords. The drive to take more and more decisions out of the hands of elected politicians answerable to voters and hand them over to experts and quangos is as bad in Whitehall and Westminster as it is in Brussels. The fact that there is so much agreement between the major parties deprives voters of a meaningful choice at the ballot box. But leaving the EU, an organisation that flagrantly denies us a proper say in the making of laws, would be a good start to repairing demcoratic life.

We shouldn’t try to save the EU from within. We should try to save Europe from the EU by getting out, in the hope that the whole thing falls apart and Europeans can create new and better ways to cooperate, built on democratic foundations.