Relations between Cuba and the US are improving. This is a positive step. 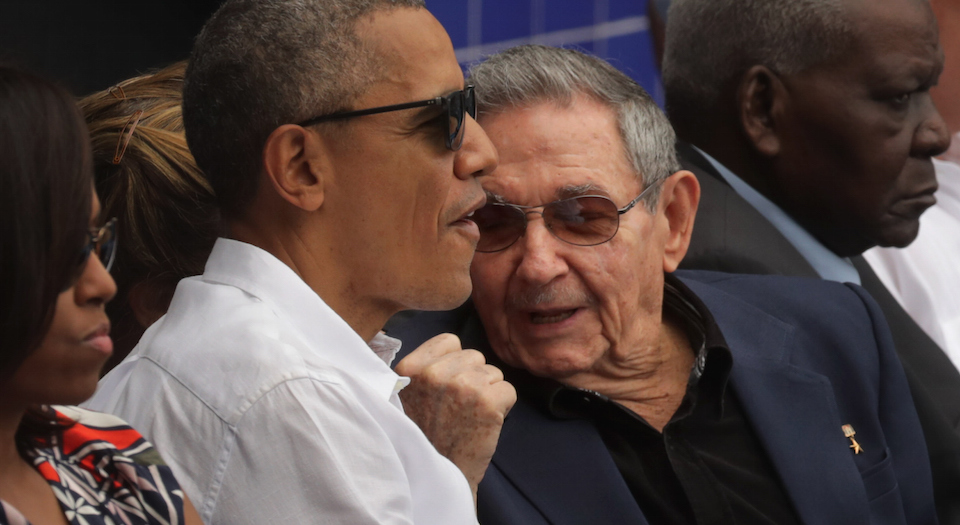 Barack Obama went to Cuba last week. This was the first visit by a US president to Cuba in nearly a century.

For the first half of the 20th century, the US kept Cuba under overt control. Then, in 1953, Fidel Castro and Che Guevara led a guerilla movement that eventually overthrew the US-supported dictator Fulgencio Batista. Establishing a socialist regime in 1959, Cuba was taken into the communist fold and remained reliant on Soviet Russia for the duration of the Cold War. During the 1960s, Cuba became the epicentre of the Cold War – from Kennedy’s infamous Bay of Pigs invasion, and his attempt to overthrow the revolution, to the infamous Cuban Missile Crisis, when the world held its breath.

Cuba remained under a US blockade and trade embargo after the end of the Cold War. So the recent improvement of relations between the two countries is of great historic importance. Following two years of secret talks, it was announced last year that diplomatic relations would be re-established. Two meetings at regional conferences followed, and, last week, US president Barack Obama visited the Cuban president, Raul Castro.

The trip was full of spectacularly awkward moments, from the peculiar handshake between Castro and Obama to Castro’s criticisms of US healthcare. Nonetheless, both were clearly pleased to be taking part in the meeting.

So what has the establishment of diplomatic relations changed? The financial and trade embargo on Cuba remains – this can only be lifted by Congress, which is currently controlled by a Republican Party hostile to the idea. GOP presidential hopeful Ted Cruz, whose father left Cuba before the revolution, denounces the move outright.

While the embargo remains, Obama’s moves are largely symbolic. However, the recent visit, and the determination of the Obama administration to begin normalising relations with Cuba, is to be lauded – particularly as it has been done in the face of much hostility from the US political establishment. The US embargo of Cuba is a historical anachronism – a fit of pique to punish a colony that was determined to assert its own sovereignty, and an ongoing injustice to the people of Cuba. So, for this visit, Obama is to be congratulated.

As the US gears up to elect its next president, it is worth reflecting on Obama’s foreign policy legacy. At times, he has made some pragmatic and reasoned decisions – such as the Iran nuclear deal and the partnership with Russia in Syria. But his presidency has also been marked by some of the worst excesses of post-Cold War liberal interventionism: the funding of jihadists in Syria; the Libyan intervention; the drone war in Iraq, Syria and Pakistan; and the intervention in Ukraine.

Obama’s varied record shows that we live in a very fluid time for international relations, meaning that it is often difficult to predict how states will act. There is much talk about the ‘new Cold War’ between Russia and the US, yet what is lacking is the overall political imperative of communism vs capitalism. Thus, in one region – Syria – the US and Russia co-operate, while, in others, they come into conflict.