Karadzic: the problem with international justice

Genocide trials are more about interpreting history than punishing criminals. 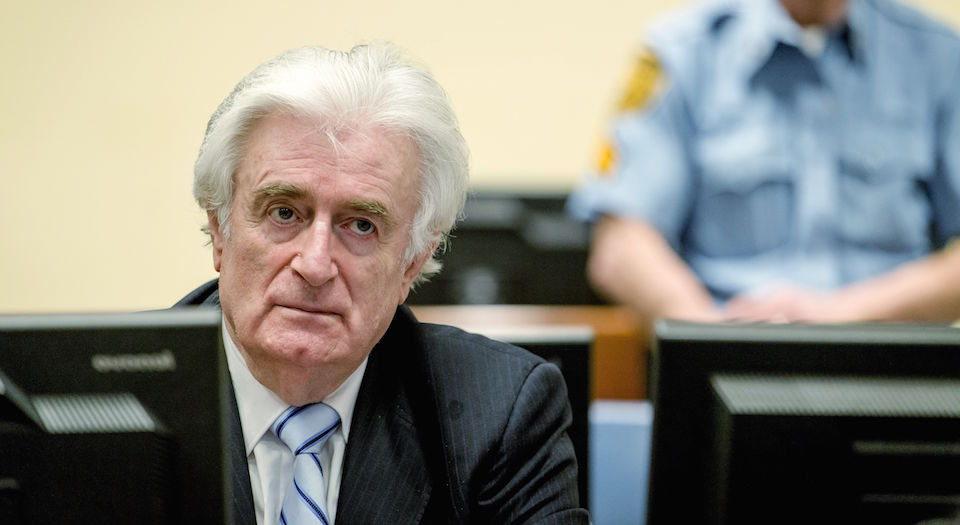 Radovan Karadzic was convicted of genocide last week by the United Nations International Criminal Tribunal for the former Yugoslavia (ICTY). He was convicted for his conduct during the Bosnian War (1992-5), and was sentenced to 40 years’ imprisonment. The genocide charge related to his involvement in the deaths of 7,500 Muslim men at the Srebrenica enclave. The UN judgement said Srebrenica was part of Karadzic’s plan to ‘terrorise and demoralise the Bosnian Muslim and Bosnian Croat population’. He was acquitted of a further genocide count relating to the treatment of Muslims and Croats in other municipalities.

Karadzic is just one of the Serbian leaders who has been prosecuted for genocide. Between 1993 and 2007, the ICTY passed legally binding verdicts against six people involved in the Srebrenica massacre. Not all of these cases have been successful. In 2007, Vidoje Blagojevic, a former Serbian army commander, succeeded in having his sentence reduced. His argument was that he had not known that the transport of Muslims to Srebrenica would result in their deaths. Karadzic has himself indicated that he intends to appeal his guilty verdict and sentences.

The crime of genocide was created by international law, and is exclusively tried by international tribunals. When senior Nazis were prosecuted at Nuremberg for their involvement in the Holocaust, genocide was not yet legally recognised as a crime in itself. Rather, it was a part of the broader category of war crimes. Genocide only became an internationally recognised crime in 1948, when it was included in the Convention on the Prevention and Punishment of the Crime of Genocide (CPPCG). Throughout the 1990s, further statutes led to an increase in tribunals.

Arguably the most interesting legal doctrine to feature in Karadzic’s trial was the idea of ‘joint criminal enterprise’, which was used to hold him to account for Serbian forces’ conduct during the Bosnian War. The key problem with convicting someone of genocide is that it requires demonstrating that the accused had ‘genocidal intent’. This has been described as the ‘genocide loophole’, as many previous convictions have failed on this basis. To get around this apparent ‘loophole’, prosecutions often focus on the defendant’s place in a broader narrative. The judgement in the Karadzic case reads more like the work of historians than judges.

Serbian forces’ conduct in the war is described by the ICTY as a ‘joint criminal enterprise’, which Karadzic was party to ‘by virtue of the functions and positions he held at the time’. In other words, even where there was no evidence that Karadzic was directly involved in issuing specific orders, he could nonetheless be held accountable for them. There were, in fact, several ‘joint criminal enterprises’ discussed in the judgement, relating to separate stages of the war. Karadzic was convicted because he was involved in the overarching project of the Serbian leadership, rather than his personal conduct with respect to specific incidents.

The tribunal used the joint-criminal-enterprise doctrine to hold Karadzic accountable for the conduct of his soldiers, even where there was no evidence that he was personally involved in their actions. With respect to the Siege of Sarajevo, in which civilians of the city were subject to sniper fire from both Serbian troops and Bosnian Muslims, the tribunal concluded that the ‘persistence of the sniping and shelling directed at the civilian population and the high number of civilian casualties in the city cannot be explained by the fact that the war in Sarajevo was waged on both sides’. Rather, the firing on civilians in Sarajevo was a result of another joint criminal enterprise involving Karadzic and his generals, in order to advance their ‘political goals’. This is despite the fact that there is no direct evidence that Karadzic ordered or directly encouraged the killing of civilians in Sarajevo.

Karadzic’s lawyer, Peter Robinson, cited the broad definition of joint criminal enterprise as a reason the trial was unfairly conducted. He also identified 85 significant disclosure failings, meaning that the prosecution may have failed to disclose significant evidence that might have supported Karadzic’s defence. Robinson claims that the tribunal was overtly political – a judgement which many agree with. After all, only Serbs have been prosecuted by the ICTY, despite evidence of war crimes committed by all sides. Robinson also argues that his client’s presumption of innocence was effectively abandoned. Indeed, in many respects, Karadzic’s trial fell well short of the standards of fairness we would expect in the UK. He had no right to be tried by a jury of his peers, and was instead judged by a bench of international lawyers. The level of public and political pressure to convict Karadzic was intense. Given that the trial lasted five years, it is hard to imagine the circumstances in which the tribunal would have ruled in Karadzic’s favour.

The tribunal’s treatment of the Bosnian War shows that international tribunals are more about interpreting history than dispensing justice. The broad language of the judgement allowed Karadzic to be blamed for the conduct of a messy and complicated war, about which historians continue to disagree and debate. Karadzic’s conviction may provide those in the West with a sense that something has been done about the massacre at Srebrenica and the killing of civilians in Sarajevo, but what has been ‘done’ is not justice. History is written by the victors, and today those victors wear UN judicial robes.