Don’t blame Corbyn for the rise of anti-Semitism 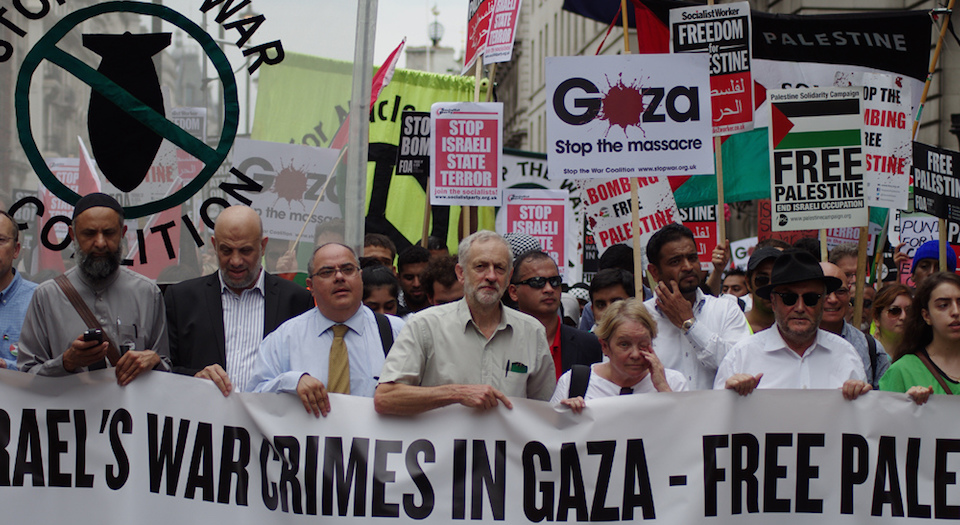 Suddenly, every critic of the Labour Party and especially its leader Jeremy Corbyn is holding forth on the scourge of anti-Semitism. According to Labour’s critics, Gerry Downing and Vicki Kirby, the two anti-Semitic activists expelled from Labour recently, show that the party has a major problem with anti-Jewish sentiment. It’s surely only a matter of time before Labour is accused of suffering from institutionalised anti-Semitism.

But before we assess whether Corbyn and the Labour left do have a problem with anti-Semitism, it’s worth asking why Downing’s and Kirby’s attitude towards Jews has suddenly become an issue.

Politics is lost for words

As I have argued elsewhere (1), politics is lost for words. Public figures find it difficult to account for their concerns in a language based on principles and ideals relevant to our times. Hence rather than address people in terms of beliefs or ideals, public figures modestly refer to their ‘agenda’ or ‘project’. Politicians find it difficult to criticise their opponents’ policies in the language of politics. The left makes do with denouncing ‘neoliberalism’ for every evil afflicting society. The right responds with recycled versions of Cold War rhetoric.

The poverty of public language is all too evident in the quality of the political right’s criticism of Corbyn and the Labour left. Instead of engaging in a genuine attempt to criticise Corbyn’s incoherent and infantile worldview, his opponents use hand-me-down Cold War propaganda. So Corbyn is accused of being a dangerous revolutionary, an insidious threat to the British way of life, and, in a desperate attempt to recall the Cold War enmity towards Russia, even cast in the role of Putin’s fool. Now he stands accused of tolerating anti-Semitism in Labour.

This is why there has been a sudden interest in anti-Semitic activists within Labour: it is part of the attempt to demonise Corbyn. This is not a sincere effort to combat the very real problem of anti-Semitism in Western Europe. Rather, many of Labour’s critics are simply exploiting the threat of anti-Semitism for their own ends. This is particularly true of Corbyn’s opponents inside the Labour Party, who rely on innuendo and smears as a substitute for making strong political arguments against Corbyn.

The political contours of British anti-Semitism

British anti-Semitism has traditionally been associated with the political right. Unlike in other European societies, modern British anti-Semitism has rarely acquired a virulent form. There were sections of the British elite that regarded Jews as grasping and vulgar trades people who could not be trusted. Some of this sentiment affected wider society, and popular attitudes towards Jews have long been ambivalent. But certainly after the Holocaust, people tended to keep this ambivalence to themselves, and anti-Semitism rarely acquired a public presence.

It is important to note that, until recently, the British left was conspicuously hostile to anti-Semitism. These sentiments extended to Israel. Indeed, until the 1990s, the left regarded Zionism as, on balance, a benign force. So what changed, and why?

Over the past few decades, there has been an important shift in the evolution of British and European sensibilities towards Jewish people. In part, this change is due to the influence of Muslim attitudes on European societies. It is also fuelled by the transformation of Israel into a unique symbol of evil. This visceral hatred for Israel sometimes mutates into an emotional reaction against Jews. What’s more, today’s current mood of pessimism and estrangement from modernity has encouraged the emergence of what is best thought of as a form of cultural anti-Semitism.

The impact of Middle Eastern and Islamic politics and conflicts on European societies has been far-reaching. Since 9/11, Europe has become more sensitised to the corrosive effect of these conflicts, and the growth of significant Muslim constituencies in Europe has ensured that the crisis in the Middle East is experienced as much as a domestic as an external issue.

Given the intense bitterness of the conflicts in the Middle East, the hostility many Muslims in Europe feel towards Israel is understandable. However, what is worrying is how their hostility towards Israel threatens to turn every individual Jew into a proxy for Israel and an object of hate. From this perspective, attacks on Jewish communities in France or Belgium or Sweden are seen as blows against the Zionist enemy.

But European Muslim anti-Semitism does not exist by itself. It draws on themes widely propagated by European right-wing anti-Semites since the late 19th century. Even old ideas about Jews not being trustworthy have made a comeback. In some cases, this outlook is expressed through a narrative of suspicion about ‘them’ or ‘those people’. Such euphemisms signal a degree of moral distancing from a people deemed to be ‘cliquey’, strange and unusually powerful. Inevitably, such attitudes provide a hospitable environment for the flourishing of conspiracy theories about a Jewish-dominated media or financial sector. The premise of these theories is that Jews who work in the media or finance are not individuals who happen to be Jewish, but an organised Jewish network working in a coordinated fashion. On a global level, this belief in powerful Jewish influences manifests itself in an increasingly popular fantasy about an all-powerful ‘Jewish lobby’ orchestrating the foreign policy of the US and other Western powers.

The synthesis of European Muslim animosity towards Zionist Jews and traditional Western suspicion of insidious Jewish influences has established a terrain on which 21st century anti-Semitism can flourish. Islamist hostility towards Israel and its presumed Jewish proxies has also provided some Europeans with a narrative through which they can express their disgruntlement with the modern world. It is as if the Islamic devaluation of the moral status of the Jew has licensed some Europeans to express what they had suspected all along about ‘those people’ and about Israel.

The current de-individualisation of the Jew can be seen in a subtle change in language. One of my colleagues, who is from a left-wing family, told me recently to ‘look out for the word “they”’. She had been caught unawares when, during a family discussion about Palestine, her father kept on repeating the word ‘they’. ‘In the recent past, it would have been unthinkable for him to describe Jews as “they”’, she said.

At present, the shift in attitudes and language has not hardened into a full-blown xenophobic worldview. But there are worrying signs. One English woman, who is a member of a Palestine solidarity group, wrote to me about her concerns that hostility to Israel sometimes mutates into hatred of Jews. ‘Getting so cross with Israel does lead Gentile attitudes in the group to verge on anti-Semitism’, she stated. Another acquaintance, who is a left-wing activist at a London university, told me of her anguish when she heard anti-Semitic chants at an anti-Israel demonstration she helped to organise. It wasn’t just the chants that bothered her; it was also the fact her colleagues studiously ignored rather than challenged the anti-Semitic protesters.

Her account of this incident is a testament to the dynamic now at play. In the recent past, the anti-Semitic chants would have been challenged by those now ignoring them. The left-wing activists who pretended not to hear the chants were not themselves in the grip of anti-Semitism, but they did acquiesce to it. And that acquiescence to, rather than embrace of, anti-Semitism is the problem afflicting the left. What underlines the gravity of this problem is that the implicit acceptance of these chants comes at a time when the left devotes considerable energy to the policing of language. The slightest hint of so-called ‘unwitting’ racism usually provokes instant censure, but not, it seems, when it comes to all-too-witting anti-Jewish remarks. In these cases, the anti-Jewish chant is either ignored or interpreted as hostility towards a legitimate target – namely, Israel.

One of the most interesting developments over the past 10 or 15 years has been the emergence of cultural anti-Semitism. Cultural anti-Semitism is not simply a case of not liking Jews. No one is obliged to like Jews, or indeed any other people. Cultural anti-Semitism represents the devaluation of the cultural practices and values supposedly characteristic of Jews. In an age when ‘checking your privilege’ has been turned into an artform, Jews have been assigned a role in which they have an inordinate amount of privilege to check. For now, it seems, Jews are deemed responsible for the sins of neoliberalism, consumerism and biased media coverage. At least the old theme of Jews’ responsibility for killing Christ has been pushed into the background.

It is precisely because anti-Semitism has gained influence in Europe that responsible citizens should be wary of making mendacious and untruthful allegations. Those who cry wolf actually encourage people to respond cynically to allegations of anti-Semitism. The insidious threat of anti-Semitism is all too real and those who manipulate people’s genuine concerns with anti-Semitism are playing with fire.