It’s no surprise that Jeremy Clarkson is pro-EU

The former Top Gear presenter is the perfect poster-boy for Remain. 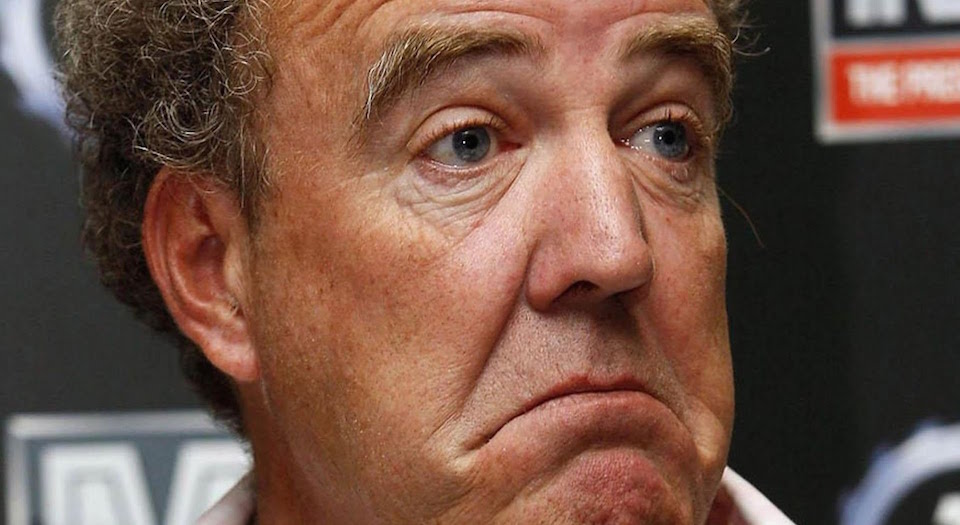 There was much mirth and bewilderment earlier this week following the news that Jeremy Clarkson has come out in favour of Britain remaining in the European Union. This declaration didn’t seem to fit the script. Clarkson is meant to stand for everything that is not sophisticated and cosmopolitan and foreign. He is Britain’s best-known petrol-head, the foe of health-and-safety culture, the scourge of eco-mentalists and the politically correct. He is the epitome of boorish, 1980s materialism. He is perhaps the most crass, unfashionable, insensitive oaf… in the world.

Clarkson is given to racist innuendo and jocular xenophobia. He so enraged Argentinians last year that they came close to lynching him. This is a man who got sacked from Top Gear for drunkenly assaulting an underling over the matter of a steak – adding some antediluvian anti-Irish invective for good measure. In this, Clarkson seems about as far removed as possible from the model enlightened European so beloved of the pro-EU camp.

Yet the incident that got him the boot from the BBC was telling. At a Yorkshire hotel last year, Clarkson punched his Top Gear producer Oisin Tymon in the face following a 40-minute, expletive-filled rant in which he referred to him as a ‘lazy Irish cunt’. All this because it was late and there was no hot food.

This is the type of behaviour befitting a celebrity who demands of a bouncer ‘Do you know who I am?’, or a pop-star diva who flies into a rage because no one has filled her bath with mineral water or removed all the brown M&Ms from the packet. In short, Clarkson’s behaviour was typical of a rich, out-of-touch celebrity who doesn’t know or doesn’t care how the other half lives.

Remember, too, that Clarkson is a neighbour and friend of David Cameron, a member of the Chipping Norton set, that byword for chummy aloofness. He is of the establishment. He’s literally a jet-setter, spending half his time travelling the world. Consider the headlines to his Sunday Times columns: ‘Flying Round the World, No Seat is First Class’, ‘A Weekend in Paris, the City of Daylight Robbery’, ‘The Shuttle’s Useless, But Book Me on the Next Flight’ – or those words so often found at the bottom of his column: ‘Jeremy Clarkson is away.’

What’s more, while Clarkson professes to love his country – he’s spent years on television lauding such great British historical achievements as the Austin Healey, the Jaguar E-Type, Concorde and the Supermarine Spitfire – he clearly hates the actual, present country he lives in today. Especially its inhabitants.

While Top Gear was a vehicle in which to issue mischievous slights about Indians and Mexicans, not a series seemed to pass without a snide remark from Clarkson about people from Birmingham. Or Liverpool. Or Scotland. Or the north of England. Or the West Country. In fact, anywhere outside London. His Sunday Times column over the years has been the same.

As he once observed: ‘Provincial Britain is probably one of the most depressing places on earth… the towns, with their pedestrian precincts and the endless parade of charity shops and estate agents… There is nothing you want to see. Nothing you want to do. You wade knee-deep through a sea of discarded styrofoam trays smeared with bits of last night’s horseburger… for the most part urban Britain is utterly devoid of any redeeming feature whatsoever.’ Here, Clarkson displays all the prejudices of a sneering, metropolitan, right-on BBC comedian. As a paid-up member of the snide establishment, Clarkson is ideal pro-EU material.

Among those who urge us to remain in the EU, a certain type of patrician class has been emerging. Its members may hail from different political traditions, but among them we find rich, privately educated, well-mannered, conspicuously cosmopolitan, paternal and patronising types, people who work in entertainment or big business, and many of whom have a material interest for wanting to remain in the EU: dirt-cheap, servile foreign labour; pliant Czech nannies; and second homes in Tuscany and the south of France.

Ever since Clarkson dropped his Yorkshire accent, he has sought to become part of that elite. And now that he is a member of an executive club, why else wouldn’t he want to remain part of another: the EU?

‘The most intriguing whodunnit in a generation has taken a new twist this week with a fresh claim’, announced The Times on Tuesday. ‘An investigation by an Italian historian-turned-sleuth has suggested the real identity of Elena Ferrante’, the pseudonymous author of the ‘Neapolitan novels’ that have sold 350,000 copies in the UK and one million worldwide. ‘It is male readers who are driving sales’, explains The Times’ Melissa Katsoulis. ‘If you are a man, these books are the ultimate crib guide into the workings of women’s minds, wardrobes and relationships.’

I am one of these male readers, having read the opening volume from the quartet, My Brilliant Friend, a few weeks ago. I can’t say I was bowled over. The novel is full of spiteful, rancorous, vindictive, jealous souls, which is no bad thing, if there was much to redeem them. The first main character, Elena, starts to annoy the reader with her incurable insecurities she continually obsesses over, while her ‘best friend’ Lila is mildly more interesting, but less likeable, with her dark capriciousness. The plot meanders, stutters and then drifts off.

Another female-authored bestseller I’ve read this year is The Girl On The Train by Paula Hawkins. Although it’s of a very different genre (and a superior read), its female protagonist is also beset by chronic feelings of worthlessness. Is it chick-lit – rather than patriarchy or society – that’s making women feel bad about themselves, or at least feeding feelings of worthlessness among those prone to it? Rather than men reading women’s fiction, might it be better if we all stopped reading it?

Sugar isn’t bad for you

George Osborne’s new ‘sugar tax’ rests on the assumption that there is such a thing as bad food. There is no such thing as bad food, only bad diet. The odd can of Coke will no more make your child obese than will the occasional treat of a takeaway pizza. The real way to combat obesity is to promote self-control and self-will, which, of course, every government intervention only helps to diminish.