‘Off with their headlines!’

Any democrat should defend the Sun against the new Crown censorship. 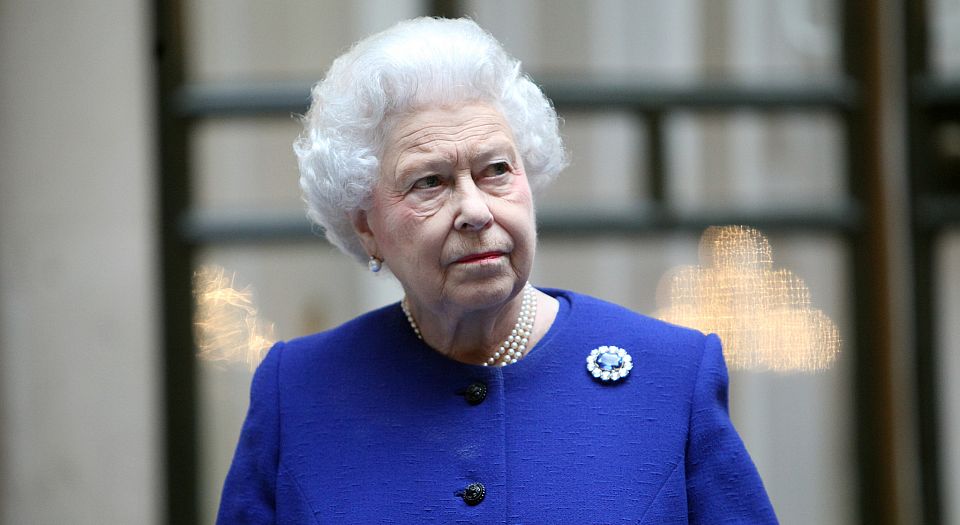 In 1620, King James I told British members of parliament that they had no business discussing matters of state, particularly his political alliances with European powers. The monarch warned them that ‘freedome of speech… are no Theames or subjects fit for vulgar persons [such as MPs] or common meetings [such as the House of Commons]’. In response, MPs told King James where to go, and that they had the right to speak freely on issues that affected the nation.

In 2016, Queen Elizabeth II has told the British press that they have no business discussing her affairs of state, particularly what she says about the European Union. The monarch has effectively warned that freedom of speech is no subject fit for ‘vulgar’ newspapers (such as the Sun) or their ‘common’ readers. In response, Labour MPs have rallied to the defence of the Crown and demanded punitive action against those accused of printing stories in defiance of royal rules.

Such is the progress we appear to have made in discussing freedom of speech and of the press in the UK over the past 400 years. True, the Crown no longer controls what can legally be published through its old power of licence over the press. But the latest attempt by the palace to bring the Sun to heel shows press freedom under fresh pressures in our post-Leveson age, when all the political parties back a new system of stringent regulation involving a Royal Charter and Her Majesty’s Privy Council – the first attempt at state-backed press regulation since the end of Crown licensing in 1695.

The fun and games kicked off last week when the Sun’s front page boldly announced ‘Exclusive: Bombshell Claims over Euro Vote – QUEEN BACKS BREXIT’. The paper reported that a ‘senior political source’ had revealed how Her Majesty ‘let rip’ at a Windsor Castle lunch with government ministers in 2011. The queen apparently told ‘passionate’ Europhile Nick Clegg, then the leader of the Liberal Democrats and deputy prime minister in the coalition government, that ‘she believed the EU was heading in the wrong direction’.

The article also reported an unnamed MP’s recollection that, at a separate reception at Buckingham Palace, the queen had responded to a politician’s question about her views on the EU by declaring ‘with some venom’ that ‘I don’t understand Europe!’.

All good tabloid fun, we might have thought, and, of course, handy grist to the Sun’s Brexit mill. The queen’s lackeys, however, immediately made clear that she was not amused. Palace officials announced that they had taken the extraordinary step of registering a formal complaint about the article with the Independent Press Standards Organisation (IPSO) – the watchdog to which much of the national press subscribes, as an alternative to regulation by Royal Charter. A predictable media and political furore followed, with many seeming keen to back the queen.

Put in tabloid terms, the message from the Palace is: Off with their headlines! Regardless of what you think about the EU referendum, anybody with a liberal, democratic (as opposed to Lib Dem) bone in their body should stand for press freedom against any such demands to bend the knee to new versions of Crown censorship.

The Crown’s complaint, the officials said, ‘relates to Clause One of the Editors’ Code of Practice’. This is the clause that deals with accuracy, and the need for the press to get its facts straight before publishing. Yet nobody has seriously been able to claim that the Sun misrepresented Her Majesty’s views on the EU. Even attempts to deny she used the specific words attributed to her have seemed unconvincing: Clegg himself claimed that he had ‘no recollection’ of the queen saying that to him, but that if somebody else said they heard it, ‘Fine’. If there is an ‘accuracy’ issue it is surely only in the Sun using what the queen is alleged to have said five years ago to claim that she ‘BACKS BREXIT’ in the current debate. That looks more like using a bit of political journalistic licence than making up stories.

In truth, the ‘accuracy’ complaint appears to be a cover for the palace’s real protest against the insolence of the tabloid press. The message is ‘You plebs can’t say that!’. But why not? An alleged argument between the head of state and political leaders about a key issue of our times is undoubtedly a legitimate issue of public interest. By which I mean something that is in the public’s interest to know, rather than what is deigned fit for public consumption by Her Majesty’s courts or counsellors.

Contrast this story with the previous royal complaint about press intrusion made to IPSO. In 2015, Prince Andrew complained about the Daily Mail using a helicopter to photograph the preparations for his daughter’s birthday party in the grounds of his home. The complaint was upheld as a breach of privacy. There is no legitimate comparison between that intrusion and the Sun’s report of a heated conversation between the monarch and government ministers, even if it happened at a ‘private’ lunch to which we were not invited.

Yet the Labour Party rushed to don the robes of a humble royal servant and take up cudgels on behalf of the monarch, against the freedom of the press to report matters of state. Tom Watson, deputy Labour leader and veteran tabloid-hater, asked an ‘urgent question’ in parliament, demanding that the Tory government launch an urgent investigation into allegations that justice secretary Michael Gove had been the source of the Sun’s story. Members of Her Majesty’s Privy Council, Watson objected, were sworn to secrecy about anything she said to them. So, if Gove the privy councillor really had revealed the secrets of the royal luncheon table, then he ‘should be removed from office if he won’t honourably resign himself’.

Spoken like a true lickspittle lackey of the Crown! This, we might recall, is the Labour Party led by that supposed republican firebrand, Jeremy Corbyn, who reportedly refused to kneel to Her Majesty in order to be admitted to the Privy Council. Yet instead of taking up political arms against all of this leftover constitutional rubbish of the Middle Ages, we see the deputy leader of the modern Labour Party figuratively brandishing the royal sceptre in parliament, to defend the honour of the monarchy and the Privy Council against the vulgar free press.

Meanwhile, former New Labour spindoctor and press-basher Alastair Campbell (once a tabloid journalist himself – the converts are always the worst) declares that the Sun’s report – which he says must be lies, since the palace has complained about it – is evidence of the British press returning to its bad old ways. ‘It’s as if Leveson never happened’, the outraged Campbell tells Guardian readers.

Not for the first time, he has turned the truth on its head. The reality is that Lord Justice Leveson’s showtrial of the tabloid press has reinforced a climate in which those in high places feel free to attack the media. That is why the palace courtiers have decided to break the queen’s traditional vow of silence on such stories and report the Sun to the regulators of IPSO (the Royal Charter having sadly not yet been forcibly imposed on these upstarts). Indeed, the existence of IPSO, with the support of much of the national press, is itself a sign of changed times, since it follows the new rules for ‘tough’ regulation laid down by Leveson in everything except a formal link to the state.

There is, of course, a bitter irony in depicting the British monarch as a victim of ‘too much’ press freedom. For centuries kings and queens were the prime persecutors of those fighting for that precious liberty. The monarchy may no longer be able to cut off the writing hand or ears of those whose writings are not to its tastes, or to have a printer hanged, drawn and quartered for publishing criticism of the Crown. But any new, more gentle-looking form of state intrusion in the press, hiding behind the skirts of the beloved queen, should be firmly resisted.

Many of us may not much care what 89-year-old Elizabeth Windsor thinks or says about the EU either way. We should, however, care about another attack on press freedom from above – and the supine response of the likes of Corbyn’s Labour Party.

Despite the current unpleasantness, the queen should think herself lucky that she still gets such an easy ride from the media. One of the founding fathers of English popular journalism, the 18th-century radical John Wilkes, was fond of publishing allegations about the mother of the monarch being intimate with the prime minister. ‘The freedom of the press’, declared the front page of Wilkes’s scurrilous news-sheet, ‘is the birthright of every Briton’. Whether or not, we might add, they are in favour of Brexit.

Picture by: Foreign and Commonwealth Office