The Twitch-hunting of Joan Bakewell

She said critical things about anorexia? Cast her out! 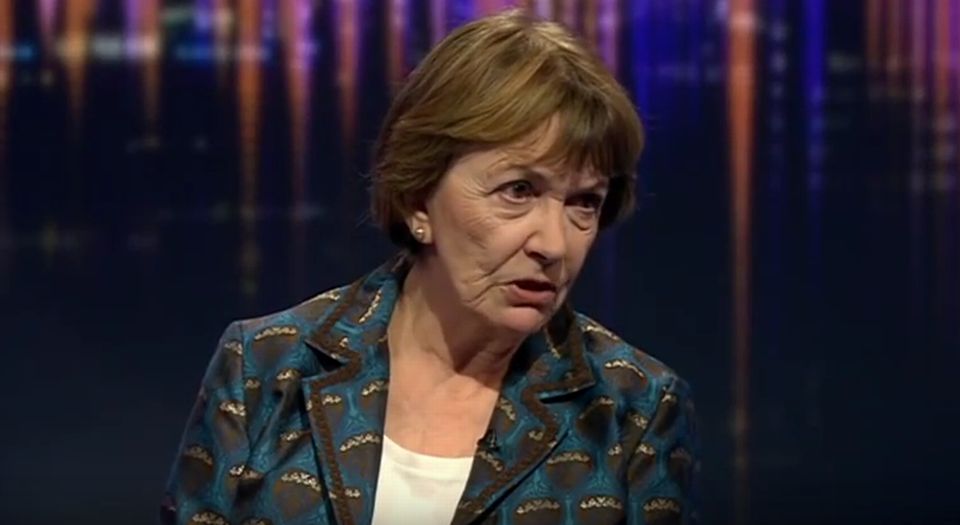 Another week, another Twitterscalp claimed. This time it’s Joan Bakewell’s, the veteran broadcaster, once gaily referred to by the tabloids as ‘the thinking man’s crumpet’, back when you could use such knockabout nicknames without being Change.orged into exile by angry offence-takers. At the weekend, Bakewell made the mistake of expressing an opinion on anorexia. And you aren’t allowed to do that, it seems. So she’s been Twitch-hunted, slated in the press, and called a ‘silly old bint’ by self-elected guardians of the one, true, correct way of thinking about that disorder. The shrill storm only abated when Bakewell did that thing all modern-day heretics must do: said she was ‘deeply sorry’ if her views ‘caused distress’ and announced she was ‘taking a break from Twitter’. New Intolerance 1, Open Debate 0.

It started with an interview in yesterday’s Sunday Times. During a gab about her role as a judge in the Wellcome prize for the best book about medicine, health or illness, Bakewell made some comments about, err, medicine, health and illness. She said ‘I think it’s possible anorexia could be about narcissism’. She expressed her view – just a view, people! – that anorexia could be linked to a broader culture of ‘over-introspection’. ‘To be unhappy because you are the wrong weight is a sign of the overindulgence of our society’, she continued, before saying that ‘no one has anorexia in societies where there is not enough food’. Then came her killer line, which I thought was pretty darn good but everyone else is treating as blasphemy against mental-health orthodoxy: ‘They do not have anorexia in the camps in Syria.’

Now, maybe Bakewell is wrong. And maybe she’s right. My understanding is that anorexia is rather more complicated than being unhappy about being fat, but then again the idea that it has nothing to do with dodging fatness, nothing to do with dieting, strikes me as pretty bonkers. Also, I thought everyone recognised that there’s a strong streak of self-obsession and twisted introspection to the largely middle-class malaise of anorexia? What else is self-induced starvation and an obsession with one’s reflection in the mirror if not an extreme manifestation of the modern tendency to treat the self as the be all and end all of life on Earth, and the body as pretty much the only sphere individuals feel they can shape and decorate in these otherwise flat, politics-lite times? I think Bakewell makes good points.

But anyway, even if she is completely wrong, still the reaction to her comments would have been utterly out of proportion. The Bakewell-baiting followed to the letter the script of the ‘You Can’t Say That!’ culture. So instead of engaging Bakewell in debate, her critics slammed and shamed her, accusing her of ‘stigmatising’ sick young women, spreading ‘dangerous opinions’ and making life harder for ‘those struggling’ with the disease. They pathologised her words, turning them from mere opinions into physically dangerous things, liable to hurt minds and damage bodies – just as every censor in history has decreed that some thoughts are so toxic to the human spirit that they must be squished. The solution to Bakewell’s lethal, disorder-worsening words? The Sunday Times should print an apology, said some. Bakewell beat the paper to the punch, ending the Twitterstorm in what has become the only acceptable way: by apologising and going into virtual hiding.

Funnily enough, in January Bakewell wrote a column for the Telegraph about a new app invented by women called ‘Just Not Sorry’, which allows people to strip apologetic phrases from their emails before sending them. Bakewell’s piece was headlined ‘Trust me, women really have nothing to apologise for’. It seems they do. It seems if a woman, or anyone, says something off-message about anorexia, then she’ll definitely have something to apologise for. There’s a certain irony to the Twitter-shaming of Bakewell: much of it has been spearheaded by female columnists or campaigners for women’s mental health, the kind of people who normally wring their hands over what they see as the hounding of women off the internet. Yet here they are hollering at a woman, causing her to leave the internet (or Twitter).

The Bakewell-bashing speaks to two things. First to the extent to which illness is now bound up with personal identity. The reason no critical comments about anorexia can be tolerated is because this malaise – like bipolar disorder, anxiety and a host of other mental problems – has become an identity as much as a disorder. In an era when it’s fashionable to be ill, and fashionable to tell everyone how ill you are, anorexia has become something people boast of having, or having had, rather than something they simply treat and try to recover from. Witness the deluge of anorexia memoirs, anorexia newspaper columns, anorexia Tumblr blogs. The self-publicity that surrounds anorexia suggests sufferers are now almost celebrated for having a heightened sensitivity to the modern world, leading many to view the disease as a core part of their personality. So criticise anorexia, and you’re criticising some people’s identity, their sense of self, and that’s not allowed.

And the second thing the Bakewell fury speaks to is the further shrinking of the parameters of acceptable thought. More areas of everyday life – climate change, immigration, race, gender, mental health – are being ringfenced from open debate. And the fences are guarded, not by jackbooted employees of the state, but by the new informal enforcers of conformism, by Twittermobs, media people, self-styled experts, all come to tell us what we may think and say about various things. The end result is not only that Joan Bakewell feels bad, but that everyone polices themselves, censors themselves, meaning public debate gets flatter, and daring or eccentric thinking becomes rarer. In the name of saving individuals from feeling offended, the new conformists are destroying debate.