The end of civil war politics: what next for Ireland?

This election confirms that things have changed utterly. 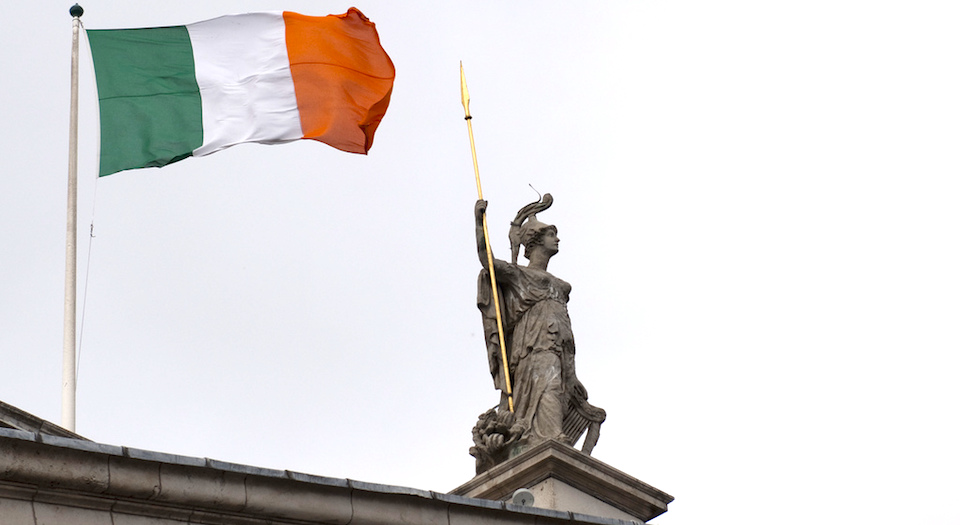 If one thing is clear from the results of the Irish election, it’s that the results are unclear. Over the past 48 hours, the election result has been interpreted in a variety of ways, with pundits confused as to what the electorate is saying.

However, some things are clearer than others, so let’s get the straightforward bit out of the way first: voters gave the Fine Gael-Labour coalition a kicking. They deserted the coalition government in huge numbers, almost wiping out Labour, now reduced to the tiny rump of the coalition. In fact, if it were not for the vagaries of the single transferable vote electoral system, Fine Gael (the largest party) would have even fewer seats than it does.

The problem with Enda Kenny’s coalition government was that most people did not accept its continual attacks on their living standards. Chronic cuts to public services like healthcare, a crisis in the provision of affordable housing and a steep rise in poverty and social inequality were seen as unacceptable. The Irish government’s austerity plan over the past few years was in part modelled on UK Conservative Party austerity budgets and electoral strategy, which the majority of British voters endorsed. Presumably Enda Kenny thought that if it worked for Cameron, it could work for him. But after five regressive budgets in a row, and much more severe financial cuts to living standards in the Irish Republic than the UK, it seems that the electorate had had enough. The symbolic last straw for many voters was the government’s introduction of the Water Charge, which crystallised resistance against Kenny in much the same way the Poll Tax did against Margaret Thatcher. In short, the coalition’s politics of TINA – ‘There Is No Alternative’ to the free market and austerity – was rejected by most people.

The electorate took a wrecking ball to the government, and smashed it, but the aftermath is an atomised and fragmented result. Ireland now has an indecisive political picture, with a whole assortment of tiny parties and independents elected from left, right, non-ideological and anti-politics positions. In the centenary year of the Easter Rising, it seems apt to paraphrase WB Yeats’ famous poem on that event: All is changed, utterly. But in which direction has it changed? The writer Fintan O’Toole reckons the winner is social democracy. Clare Daly, the successful left-wing independent candidate from Dublin, thinks the winners are the working class. Both are indulging in wishful thinking.

It seems the population wanted change, but were not very certain as to what type of change they wanted. Put another way, the electorate rejected the coalition government and politics of austerity, but the left, Sinn Fein or any other political party proved unable to channel this sense of dissatisfaction in any particular direction. The situation can be summed up thus: traditional politics is exhausted, we are at the end of a political cycle, but the direction of the future politics is yet to take shape. As yet, no political entity is able to give shape to, or solidify, the idealism and appetite for political change. The consequence is part-chaotic, but exciting in terms of the potential for change.

Unwisely, some pundits see the relative bounce back of Fianna Fáil (which got 24 per cent of the vote) as the big story, after the collapse in its support in the previous election. Fine Gael (which got 25 per cent of the vote) and Fianna Fáil have been the two most successful parties in Irish politics, dominating the political landscape since the Irish Civil War and the creation of the Irish Free State almost one hundred years ago. As a result, they are often referred to as the civil-war parties. But in this election, their combined vote was not even over 50 per cent – in the past it was regularly well over 75 per cent, and at times near 90 per cent.

The truth is that the political exhaustion and collapse of establishment parties experienced in other countries is now happening in Ireland. Civil-war politics is coming to an end as more and more people question the need for these two giants of Irish politics to coexist as rivals for political power when, apart from historic and personality rivalries, there is no ideological difference between them. Both Fianna Fáil and Fine Gael are moderately right-of-centre capitalist parties, they’re both pro-EU, and they both have the same technocratic managerialist outlook. It is only a matter of time before they come together in a coalition and even merge into one party. There is no longer a reason for them to exist as separate entities.

Across the Irish Republic, the election brought about the relentless rise of independents. In the urban areas, hard-left candidates won seats in Dublin, Wexford and Cork. In the far north-west of Donegal, left-wing republican Thomas Pringle won a seat at the expense of Sinn Fein. In the south-west of Ireland, in Kerry, the phenomenon that is the Healey-Rae brothers topped the polls and won seats as independents. Huge numbers of voters rejected the mainstream parties.

Even though these independents and tiny parties often vehemently disagree with each other, they seem to have captured the zeitgeist. They are channelling the disaffection of people, be they urban or rural, against the traditional parties, business and other institutions. They are mobilising on the basis of a populist anti-elite message that rejects the status quo. It is striking how this wave of new independents and tiny parties is grassroots-orientated compared with the top-down technocratic style of the traditional parties. While we could describe some of the independents as left-wing or right-wing in some instances, many defy traditional political categories, and yet all are emerging simultaneously.

Some commentators have dismissed the election of independents as merely the rise of parish-pump politics and populism, with no progressive content. I am not so sure. This move against the mainstream parties reflects a desire among ordinary people to take back a degree of control over their lives at a time when government elites seem remote and out of touch. Instead of allowing politics to happen to them, and passively accepting their lot, people in Ireland are, to an extent, attempting to shape decisions and politics – which can only be a good thing. That new groups of people are getting involved in politics in a new way should be welcomed, even if the outcome is far from certain.

Watching the raucous nature of the constituency declarations in the count centres throughout the weekend was an uplifting and humorous experience. It was great fun watching establishment politicians fall like skittles as they were bundled away from the microphone by jubilant crowds of chanting supporters of the new triumphant independents who had little time for protocol or etiquette. With adrenalin pumping, crowds of down-to-earth supporters, wearing GAA football jerseys, tracksuit tops and jumpers, brought a real edginess and energy to proceedings. As Ireland approaches the centenary of the Easter Rising, it would be great if that sense of energy could translate more permanently into the body politic. That really would be a fitting tribute to the men and women of 1916.