The truth about Trident

Nukes have long been Britain’s ticket to the top table of global power. 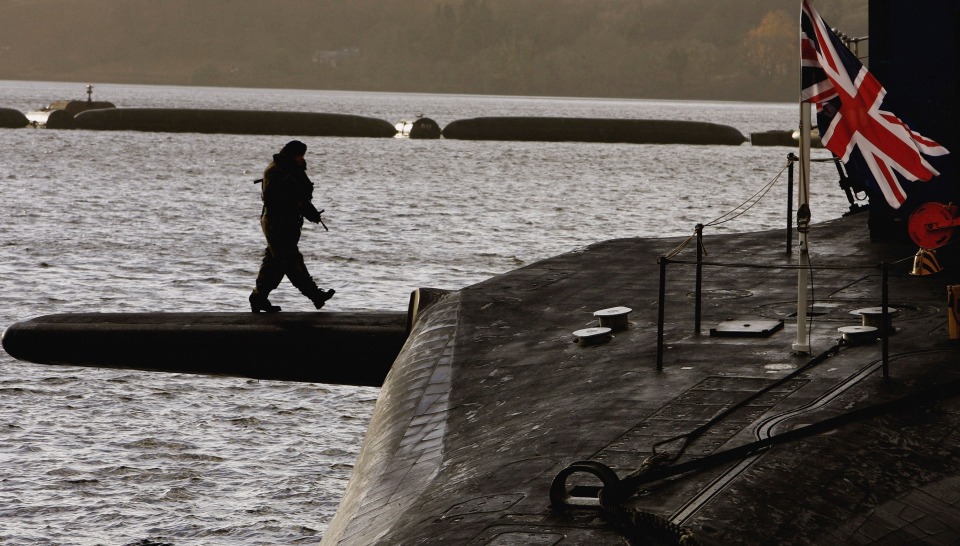 The heated argument over whether to renew Britain’s Trident nuclear missiles is supposed to be one of the biggest issues of national importance today. Strange, then, that the most revealing contribution to that debate has just been made by an American defence secretary whom nobody has heard of over here.

The arguments among British politicians and campaigners tend to focus on the cost of renewing Trident: the Tory government puts the likely bill at £31 billion, while outraged Labour opponents claim it will be much higher. This dismal debate reflects the impoverished state of UK public life where, to paraphrase Oscar Wilde, our leaders appear to know the financial price of everything and the political value of nothing.

By contrast, US defence chief Ash Carter (no, me neither) did not mention pounds, dollars, pence or cents when discussing Trident on the BBC at the end of last week. Asked whether he thought the UK should opt to renew its submarine-borne nuclear arsenal, Carter’s reply was an unequivocal ‘yes’.

Why did this representative of the world’s mightiest nuclear power think that little Britain needed its own handful of nukes? Not because Trident is economical, or because it is militarily useful against the Islamic State or al-Qaeda, but because it will enable Britain to ‘continue to play that outsized role on the global stage that it does because of its moral standing and its historical standing. It’s important that the military power matches that standing and so we’re very supportive of it.’

This is the open secret about Trident that few in British politics ever want to talk openly about. Britain’s nuclear weapons are the remaining military symbols of its political status as a global power. As Carter says, the UK today plays an ‘outsized role on the global stage’, as a former imperial superpower now ‘punching above its weight’ alongside the US in international affairs. This influence is due less to Britain’s economic standing in the present than its residual ‘moral standing and its historical standing’ from the past.

As the symbols of its ‘outsized’ role, nuclear weapons have acted as the UK’s ticket to the top table of world affairs. It is no historical coincidence, for example, that the five permanent members of the United Nations Security Council – the US, Russia, China, France and the UK – are the five recognised, legal nuclear powers. In this sense, those nuclear-armed submarines cruising beneath the waves are like the last outposts of empire.

This is why much of the current debate about renewing Trident is so shallow and dishonest. The issue is not primarily one of economics. Nuclear weapons have always been ‘too expensive’ for the UK. Yet Britain first built them after the Second World War, in the bleak years of rationing and austerity, and has continued to maintain them through boom and recession ever since. Why? Because successive UK governments recognised that, in geopolitical and strategic terms, they could not afford to give up nukes, whatever the cost.

Nor does the debate about whether Trident is really suited to the changing military challenges of the modern world get us very far. Britain’s nuclear arsenal has always been more of a political than a military weapon. Even during the Cold War era, faced with the might of the Soviet Union, the UK was under the nuclear umbrella of the US-led NATO alliance. Britain maintained its own ‘independent’ nuclear deterrent, not because it was America’s ‘poodle’, but to show that it still wanted to be a bulldog in world affairs. Those considerations will still count in Whitehall, whether the formal enemy is the USSR or ISIS.

In today’s damp squib of a debate, few have dared to mention the honest reason why first Tony Blair’s New Labour government and now Cameron’s Conservatives have wanted to renew Trident. America dropped the Bomb on Hiroshima and Nagasaki in 1945, not only to win the Second World War (that would have happened anyway) but also to announce its emergence as the supreme power in the postwar world. Ever since, nuclear weapons have been an insignia of political power, denoting membership of the global elite.

British governments of all political persuasions have long understood that having nuclear weapons was necessary to maintain the image of Britain as a world power in the post-Empire era. Today Labour leader Jeremy Corbyn insists that opposing Trident is a socialist principle. Yet the British Bomb was actually developed by the first majority Labour government (1945-51), headed by Clement Attlee, which is recalled with misty eyes by many on the left as the high point of British socialism. Labour premier Attlee took the decision – without even consulting most members of his cabinet, never mind parliament or the people – to show that the UK still had clout in the postwar world.

When the Labour left embraced nuclear disarmament in the 1950s, their hero Nye Bevan – ‘father of the NHS’ – warned the 1957 Labour Party conference that under such a policy ‘you will send a foreign secretary, whoever he may be, naked into the conference chamber… You call that statesmanship? I call it an emotional spasm.’

To abandon Trident to such an ‘emotional spasm’ would effectively be to accept that Britain’s global political future lay as a middling European power. A horrified Royal Navy chief warned a few years ago that if the UK continued to cut its fleet, Britain would end up ‘like Belgium’ (and he didn’t mean we’d get better beer and chocolate). Cutting the UK’s fleet of nuclear subs would signal a more dramatic relegation down the global-power league table. No British prime minister has yet been prepared to face that prospect, instead seeing the billions for Trident as a relatively small price to pay for a place at the top table.

The current debate about the cost of Trident is a sideshow. The bigger issues that the UK political class needs to confront concern such questions as what does Britain stand for now, and what is its role in the world? The nuclear question is just a symptom of the problem. Yet politicians seem to lack the nerve to face hard facts or awkward questions.

But, then, the campaigns against nuclear weapons have always been a deeply flawed distraction, going back to their heydays in the 1960s and the 1980s. They have focused narrowly on opposing particular types of missiles, rather than criticising the broader politics of militarism. This often led to the bizarre spectacle of campaigners striking a moral pose against nuclear weapons, which had only been used twice, back in 1945, while ignoring the fact that Britain’s new ‘conventional’ wars were raging all around them, from Northern Ireland to the South Atlantic.

Thirty-odd years ago, the argument which some of us on the left had with the anti-nukes lobby was that weapons, however powerful, do not cause wars. Nor does the absence of particular weapons prevent bloody conflicts. People and states fight in pursuit of political and economic aims. The attempt to reduce this complex process to the existence of nuclear weapons is a symptom of what Marx described as the ‘fetishism of commodities’, by which social powers are attributed to inanimate objects. Just as ‘money makes the world go round’, apparently disconnected from the products of labour that it represents, so nuclear weapons are seen as the disembodied threat to ‘world peace’, removed from the political context in which real conflicts arise.

In the past, the fetishistic focus on the hypothetical threat of nukes distracted from challenging Britain’s real wars. Today’s debate looks like a caricature of that problem, with the British government pretending to fight a war against ISIS while the opposition strikes poses against the renewal of never-used nukes. Meanwhile, potentially explosive issues of what our society should fight for today, and whether the UK can continue to play its ‘outsized role on the global stage’ on the basis of its ‘moral standing and its historical standing’, remain sunk deep below the surface.