The spirit of curiosity remains the noblest of human attributes. 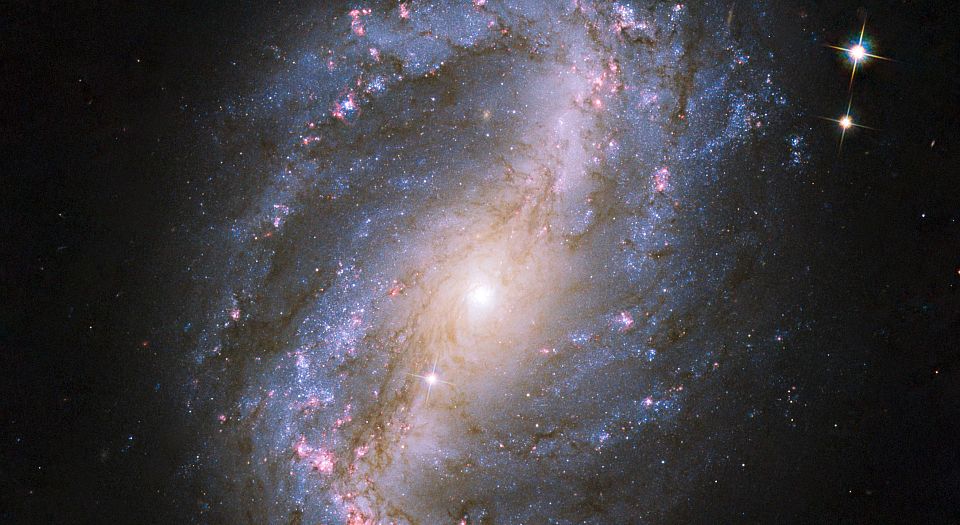 The mind boggles at the immensity of what has been uncovered. Think about it for a second. Over a billion years ago, in a galaxy hundreds of millions of light-years from the Earth, two black holes collided and merged. In the fraction of a second they took to come together, they radiated a hundred times more energy than all the stars in the universe combined – and sent out gravitational waves that travelled in all directions. These waves were on their way to Earth when dinosaurs were going extinct and man emerged from the apes. At every significant moment in human history, these waves, while steadily weakening, were moving inexorably towards us, finally reaching Earth just before 11am Central European Time, on 14 September 2015.

The question, however, is this: will this be a moment of historical significance or not? This depends upon our attitude towards future experimentation, exploration and the pursuit of knowledge for its own sake. Because while we celebrate this development, it also raises issues that pose fundamental challenges for the future.

On one hand, the technology, human application and attention to detail involved in detecting these waves is a testament to the power of scientific development and past and present technological innovation. The theory of gravitational waves has been around for over 90 years – but to prove the existence of gravitational waves, it took mankind until the 21st century to develop the necessary tools and understanding.

America’s detection of waves through LIGO, two widely separated giant laser interferometers which split a laser beam and send two resulting beams to a distance of four kilometres from which point they reflect back, is one of the greatest experimental achievements ever. When gravitational waves arrive at these destinations, an asymmetric compression of one beam and an expansion of the other take place, manifesting in their arrival back at the detector at different times. The magnitude of this difference is remarkably tiny. Gravitational waves will cause a disturbance in the LIGO of less than a thousandth of the width of a proton. Recognising this disturbance represents a drilling-down to the very limits of what human beings can achieve with science and invention.

It is also important to recognise that this achievement was made possible through progress in many fields of science for over a century. Physics was the primary field, but chemistry and material sciences, electronics, mechanical and civil engineering, and a lot of mathematics and statistics have been involved as well. Without commensurate developments in these fields, gravitational waves could not have been discovered.

However, on the other hand, it’s important to raise a counterpoint. While gravitational waves are a fitting testament to experimental and theoretical science, proving their existence is actually not surprising. As Ashutosh Jogalekar argues in an article titled ‘Does the discovery of gravitational waves foretell the end of physics?’, if LIGO had conclusively failed to detect gravitational waves, that would likewise have been truly astonishing. It would have called into question Einstein’s theory of relativity. The theory itself was and remains the astonishing achievement, a watershed moment, because progress in science is measured by novelty, by the unearthing of original phenomena. So, in actuality, the detection of gravitational waves does not represent a novel discovery, but rather the end of a scientific breakthrough made over a century ago.

This does not take anything away from the achievement of finally detecting gravitational waves. But it should alert us to the fact that towards the end of the 20th century, and definitely in the first decade of the 21st, very few original or important breakthroughs have been made in physics. Before and after the First World War, theories and discoveries emerged around special and general relativity, the neutron, the atomic nucleus and fission, and quantum mechanics. Even the discovery of the Higgs boson – another example of remarkable engineering and collaboration – vindicated a prediction made in the 1960s. What seems to be celebrated today is the experimental verification of what people ingeniously conjectured 40 or 100 years ago. Where are the new transformative conjectures, which mankind might prove 100 years from now?

Just posing this question highlights the chasm between the potential of LIGO and the reality of contemporary society. We cannot escape the fact that the discovery of gravitational waves comes at a moment when society is deeply sceptical of the spirit of the Enlightenment of the 17th and 18th centuries, when science was seen as critical to progress, was future-oriented, and when it elevated the pursuit of knowledge as a noble end in itself. Today, we are deeply suspicious of science, of mankind’s desire to control nature. Precaution informs our lowered aspiration to experiment; predictability and caution dominate our psyche.

It may be the case that corporate R&D spending has steadily risen over the past decade, by as much as 5.1 per cent, rising to $680 billion in 2015. But most of this is going into ‘D’, development, rather than pure ‘R’, research. Our orientation today is towards the known, the instrumentalisation of existing knowledge, rather than towards research where there are no known outcomes. In short, we live in an era where we are more comfortable with the known, the predictable, as if the knowledge we have accrued from the past is enough to guide the future of humanity.

The fact that gravitational waves that prove a theory from a century ago can be heralded as one of the greatest physics discoveries of the century should give us pause for thought. It is a moment to savour, yes, but it is also an expression of how low our aspirations have fallen. Gravitational waves may confirm Einstein’s speculations but they also have the power to tell us a lot more about the universe. Four hundred years ago, Galileo began exploring the realm of visible light with his telescope. Since then, astronomers have pushed their instruments further using radio waves, microwaves, infrared and ultraviolet, X-rays and gamma rays, which have revealed the birth of stars, the eruption of geysers on Saturn’s eighth moon, and the centre of the Milky Way. Gravitational waves will take us further and, most exciting of all, will lead to new knowledge that cannot be predicted in advance.

This is why we should celebrate the confirmation of an utterly predictable phenomenon – because of the new and unpredictable potentialities it could give rise to. LIGO should be celebrated as part of mankind’s unquenchable thirst for knowledge, his eschewing of ignorance and the instinct to accept the world as it is. It ought to rekindle the spirit of curiosity that is comfortable with the utterly unpredictable, and which can advance our understanding of the world to make it better for humanity in the future. If a predictable phenomenon can give rise to a new era of exploration, then the uncovering of gravitational waves will rightly be remembered as a moment of historical significance. Will it be the start of a new era of discovery or the dying gasp of a culture desperately content with predictability? The choice is ours. Where were you just before 11am on 14 September 2015 Central European Time…?