Anti-Israel intolerance has made a sham of academic freedom. 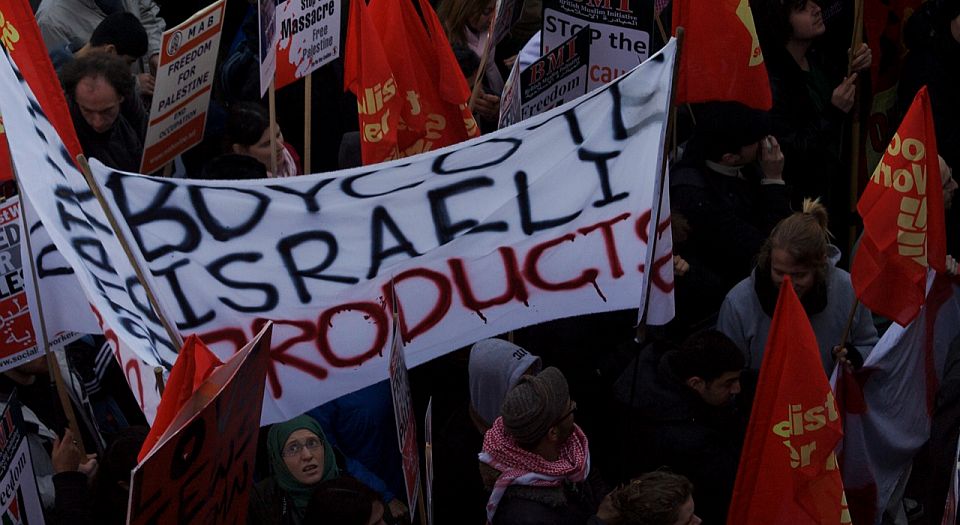 Ahead of spiked’s conference ‘The New Intolerance on Campus’, taking place in London on 17 February, some of the speakers will kick off the discussion here on spiked. Here Joanna Williams outlines her opposition to the boycott brigade.

When Louise Richardson became the first female vice chancellor of Oxford University she made headline news for her defence of universities as places where all ideas can be freely debated. Yet her comments, and later those of Oxford’s chancellor, Lord Patten, were newsworthy only because so few people from within the academy have had the nerve to tackle censorious students head on.

Some academics no doubt see student politics as simply none of their business. Others agree with the students’ demands and espoused political causes to the extent that they lead by example in promoting censorship as the best way to deal with views considered objectionable.

Despite paying lip service to academic freedom, there is one issue above all others that many scholars think justifies restricting free speech. The campaign to boycott Israeli universities and scholars is the legitimate face of censorship on campus and it is often led by academics.

This month, 18 academics from Warwick University signed a letter to protest against the visit of an Israeli Embassy spokesperson at an International Relations Society debate entitled ‘Question Time: Israel and Palestine’. The signatories argued:

‘While debates in general are indispensable for rationally and logically debunking the other side’s propaganda and exposing their defence of indefensible violations of international law, debating Israeli officials, including their spokespeople, does more harm than good to the struggle for Palestinian rights.’

In other words, these illustrious scholars contend that debates in which participants get to act out a political position they have determined in advance are generally good — but when it comes to Israel, even this charade is not worth pursuing. The planned event was subsequently cancelled after an academic on the panel withdrew. Warwick students, meanwhile, are taught that free speech does ‘more harm than good’.

Warwick is far from an isolated case. Three-hundred-and-forty-three academics from across the UK have signed a commitment not to cooperate with Israeli academics or universities, ‘due to the deep complicity of Israeli academic institutions in Israeli violations of international law’. They pledge to maintain this position until Israel ‘respects universal principles of human rights’.

The logic of such boycotts was taken to its cruel conclusion when a retired Cambridge academic refused to help an Israeli girl with her school project ‘until there is peace in Palestine’. This behaviour lends legitimacy — even respectability — to the despicable acts of the pro-Palestinian student activists who smashed windows and disrupted a meeting of an Israeli student society at King’s College London recently.

All around the world, it is academics who are at the forefront of campaigns for boycott, divestment and sanctions (BDS) against Israel. In recent months, both the American Anthropological Association and the American National Women’s Studies Association have held votes on the issue of academic boycotts. In the latter case, 88.4 per cent of votes cast supported the BDS recommendation.

When it comes to Israel, academic freedom is either problematic, irrelevant, or, in a bizarre sleight of hand, redefined to mean restricting the speech of some. Steven Salaita, an American scholar who famously appealed to the principles of academic freedom to challenge his rescinded job offer, describes himself as ‘tepid about academic freedom as a right’. Writing in his book Uncivil Rites, he argues we have to consider ‘the limits of academic freedom and multiculturalism when they so easily circumscribe opinion and validate Zionist narratives as virtuous’. In Salaita’s fevered imagination, there are ‘countless Zionist ideologues running classrooms’ and ‘boycott is not a contravention of academic freedom but an expression of it’.

Waging a political and academic war against Israel has become central to the identity of many who work in higher education. In institutions dominated by equality, diversity and inclusivity mission statements, being anti-Israel is perfectly acceptable. Yet if belonging to a nation that engages in human-rights abuses and acts of warfare is to determine fitness for participation in scholarly communities, then the academic world would rapidly become very insular indeed. Rather, as Salaita’s obsession with ‘countless Zionist ideologues’ suggests, Israel is singled out for special treatment.

Increasingly, the BDS movement is considered central to a host of other campaigns for social justice. The National Women’s Studies Association vote in favour of an academic boycott of Israel was led by the group Feminists for Justice in/for Palestine. They drew on ‘transnational, intersectional feminist frameworks’ to emphasise an ‘indivisible sense of justice’. Supporting the Palestinian cause was considered as an expression of feminist solidarity. In this way, BDS represents the most obvious attempt to redefine academic freedom as a matter of justice.

BDS campaigners assume that challenging the denial of rights to Palestinians trumps academic freedom. This falsely assumes academic freedom competes with, rather than complements, other rights. Imposing constraints on Israeli academics as a punishment for the sins of the nation introduces political conditions upon academic freedom. What should be, within the academy at least, a universal right to further the pursuit of knowledge, comes to be defined politically and selectively, applicable only to those who share the ‘correct’ views or live in the ‘correct’ part of the world.

Central to the demand that academic justice should dominate higher education is a critique of the principles that have shaped scholarship in general and academic freedom in particular. To engage in a meaningful power struggle, BDS-supporting academics argue it is necessary to have concerns that go beyond academic freedom and encompass political positions on a range of issues. Questions as to whose view of justice should prevail and which views are unacceptable are rarely raised.

Qualifying academic freedom with caveats of political judgement negates all that is universal and progressive about the demand. Abandoning objectivity and establishing a political position not only prevents academics from aspiring to contest truth claims — it also enforces a consensus and encourages political conformity in a way that curtails questioning and criticality from the outset. Academic work undertaken to pursue politics rather than knowledge is just propaganda.

Those who believe in scholarship and academic freedom need to call out BDS for what it is: an illiberal, censorious and sometimes anti-Semitic movement. Lecturers who are happy in some circumstances to preach the rhetoric of academic freedom must lead by example in showing students how to engage critically with ideas, policies and politics, rather than resorting to censorship.

Joanna will be speaking in the session ‘BDS, bigotry and academic justice’ at the spiked conference ‘The New Intolerance on Campus’ on Wednesday 17 February at Conway Hall in London. Book your tickets now.