Zika is not ‘the new ebola’

The scaremongering over the virus is deeply damaging. 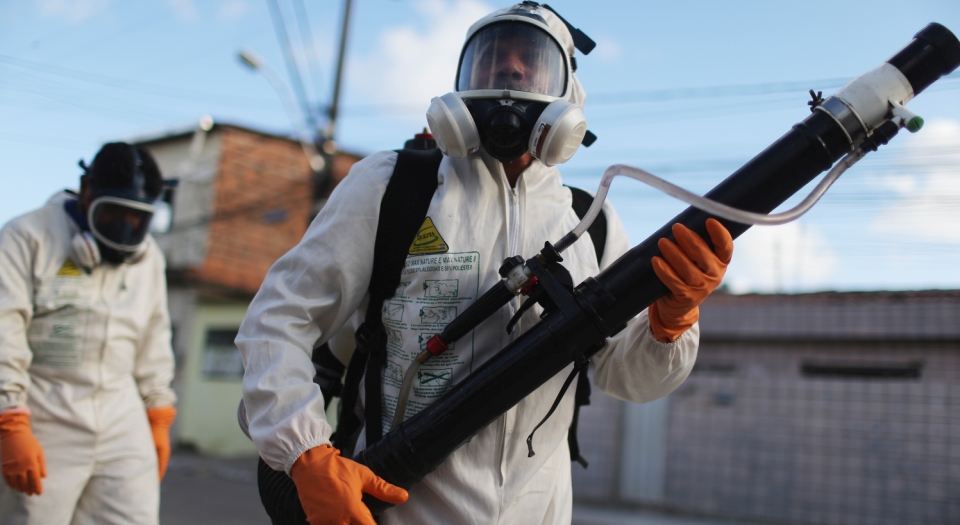 The Zika virus has barely been on the global radar a few weeks and already the words ‘pandemic’, ‘crisis’ and, in one case, ‘dystopia’ are being flung around.

The alarm was first raised towards the end of last year, as reported cases began to spread across Brazil, Ecuador, Columbia and El Salvador. Zika itself is a relatively minor ailment. Though it can cause rashes and joint pain, 80 per cent of sufferers show no symptoms at all. Spread through the Aedes aegypti species of mosquito, which also carries dengue and yellow fever, it was of little concern until very recently.

But this all changed when Brazilian authorities reported a steep rise in cases of microcephaly, a disorder which causes children to be born with undersized heads, which causes seizures, convulsions and neurological defects. Since October last year, 4,000 cases of microcephaly have been reported in Brazil alone, up from just a few hundred previously. With speculation that pregnant women becoming infected with Zika is the cause of this spike, affected countries have been put on high alert.

The World Health Organisation (WHO), so pilloried for its feeble response to the ebola outbreak in 2014, has declared Zika a ‘public-health emergency of international concern’. The Brazilian government has declared war on the virus, sending the military to destroy potential mosquito habitats and fumigate affected areas. And Columbia, Ecuador and El Salvador, all of which ban abortion, have called on women to refrain from getting pregnant at all, sparking outrage from international women’s rights groups.

In this panicked climate, some have gone as far as to liken Zika to ebola, a spokesman for the Wellcome Trust insisting it was ‘in many ways worse’. But it doesn’t take much to unpick the alarmism. While ebola killed more than 10,000 people in West Africa, the spread of Zika has been relatively contained. Not only do the countries affected have far more robust infrastructure than those that were affected by ebola, but also, as Zika is spread through mosquito bites rather than touch, it poses little threat to the wider world. Given that Aedes aegypti mosquitos are unable to survive the colder climes of North America and Europe, it is likely to stay that way.

At worst, Zika puts only pregnant women in the effected regions in any danger. And even then, the link between microcephaly and Zika is far from proven. Even Margaret Chang, director general of WHO, said the link ‘has not been established’ and rests purely on ‘circumstantial evidence’, along with tests on the amniotic fluid of just two women. What’s more, some doubt has been cast on the 4,000 microcephaly figure, with one Associated Press report claiming that out of 700 cases reviewed, 472 were discounted.

While the rise in microcephaly should, of course, be of deep concern, the real threat posed by Zika is far from clear. Nevertheless, Do Something alarmism has automatically taken over from a rational assessment of the issues confronting us. As LSE fellow in global health politics Clare Wenham has explained, the sense of peril stoked up by hyped-up pandemics in recent years has only led to security clampdowns in the West, diverting attention away from research and aid efforts where they are needed.

Despite the well-earned criticism that WHO attracted for failing so miserably to respond to the ebola crisis – all the while continuing to preach that sugar and alcohol were the real threats to world health – its decision to play its panicmongering role in response to Zika is deeply problematic. Though Chang admits that the real threat posed by Zika is far from clear, she still feels obliged to talk up the threat – as if WHO’s worth is to be judged on how worried it gets, rather than on the concrete plans it sets in place.

This was never about Zika. We live in a climate in which almost any alleged crisis is quickly mangled into a pre-existing narrative of fear and uncertainty. It’s no coincidence that climate change, the apocalyptic narrative du jour, has already reared its head in this discussion. One Guardian writer, on the basis of zero evidence, claimed that a warming world had spurned the spread of the virus, before finishing on this cheery note: ‘We need to face up to the fact that pushing the limits of the planet’s ecology has become dangerous in novel ways… We’re in an emergency, one whose face morphs each week into some new and hideous calamity.’

That international bodies so often respond to emerging crises by spreading fear is damaging in itself; it reaffirms a pervasive cultural mood in which any new challenge is painted as a harbinger of civilisation’s ever-nearing collapse. And in the case of burgeoning epidemics this is a particularly reckless strategy – the narrative can become so strong that shade is even cast on potential solutions. For instance, British firm Oxitec has made strides in producing GM mosquitos, bred to kill off disease-carrying species. Yet, on the basis of little more than dodgy dot-connecting, environmentalists have claimed Oxitec’s experiment actually caused Zika to mutate and spread.

The real threat here is not from Zika, but from the green-hued doom that hangs over each and every outbreak. When confronted with new threats to human flourishing, we should respond with rationality and resolve, insisting that research and inquiry will see us through all challenges. We need to push the so-called ‘limits of the planet’s ecology’ further, rather than retreat into fear and uncertainty.