Is Google running the country? Don’t be daft

The fuss over the tech giant’s taxes is a conspiracy over nothing. 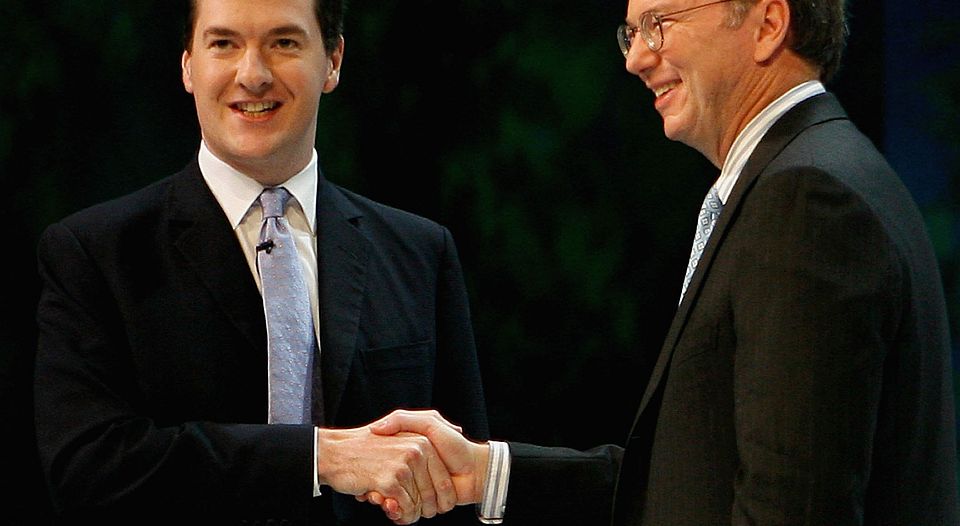 ‘Don’t be evil.’ In the seemingly murky light of its tax settlement with Her Majesty’s Revenue and Customs, Google’s nerdy motto, born of the faux-naif hipsterdom of its founders, Larry Page and Sergey Brin, is looking more than a little self-ironising.

This, in a sense, is hardly surprising. After all, Google is a multi-billion-dollar company. Yet, thanks to some nifty organisational arrangements, including basing its European headquarters in Ireland, it doesn’t seem to pay as much corporation tax in the UK as you’d expect. In fact, according to many observers, its £130million tax settlement on monies owed to the exchequer since 2005, amounts to a tax rate of just three per cent, as opposed to the more usual 20 per cent. UK chancellor George Osborne said that Google’s tax repayment was a ‘major success’, but few agreed. Labour called it ‘derisory’, and even the Tories’ own business secretary, Sajid Javid, admitted the £130million settlement was ‘not a glorious moment’.

So, as this latest episode in the Big Book of Tax Fiddles shows, Google is not really a virtuous, countercultural business-made-good, only taking time out from sticking it The Man to lounge about on Fairtrade beanbags. It’s just a business. It tries to maximise its profits. And it does so partly by minimising its liabilities. As Google’s chairman, Eric Schmidt, put it in 2012, ‘We pay lots of taxes; we pay them in the legally prescribed ways. I am very proud of the structure that we set up. We did it based on the incentives that the governments offered us to operate. It’s called capitalism.’

But there’s something almost overdetermined about the furore over Google’s relatively small tax settlement. It is no longer just a financial settlement; apparently it is a symbol of something darker, something corrupt, something that reaches into the heart of the body politic. It captures the cosy, palm-greasing relationship between politicians and business; the behind-the-scenes alliance of business and political interests; and ultimately, the ruthless capitalist power behind the democratic throne.

Listen, for instance, to the words of a prominent Guardian columnist: ‘Google’s sweetheart deal has provided an unusually clear glimpse into the working methods of the corporate-political establishment that sits at the heart of our national life.’ Or Max Hastings in the Daily Mail: ‘For all we know, the two sides simply sat down together over a few beers, joshed around, then HMRC’s rep prodded a Google executive amiably in the ribs and said: “Give us a few quid to shut up the moaners and groaners at Westminster – Dave and George will be so grateful.”‘

It doesn’t matter which way these political observers hang, they all seem to accept that, in the words of Vince Cable, the former Lib Dem business secretary, Google had a ‘great deal of influence’ in No10, which ‘made it very difficult for HMRC to be aggressive in its tax settlement with the company’.

It’s not difficult to discern the conspiratorial mindset at work here. In the eyes of too many pundits and activists, Google’s tax settlement was near-enough proof of what they are already convinced they know: that ruthless capitalists and weak-kneed politicians are conspiring against the people; that behind the gilded, firmly shut doors of power, deals are being struck in the interests of the moneyed few. Hence so many commentaries have been quick to join the conspiratorial dots. She worked with him, he knows her, and so on. So we’re told that Rachel Whetstone, the wife of Cameron’s former strategist Steve Hilton, was a senior figure at Google; Tim Chatwin, a one-time Tory strategist, is a communications director at Google; and Jeremy Hunt’s former political adviser Naomi Gummer is Google’s UK policy manager. As one Observer columnist stated, this ‘smells incestuous. It is as if, rather than being two separate entities, government and Google have merged.’

Rupert Murdoch tweeted his agreement with such sentiments: ‘Google has cleverly planted dozens of their people in White House, Downing St, other governments. Most brilliant new lobbying effort yet.’ But it was the response to Murdoch’s tweet that really captured just how entrenched the conspiratorial mindset is. ‘Put simply, [Murdoch’s] jealous’, argued one commentator. ‘There was a time when Murdoch was the most frequent of No10’s frequent fliers, visiting so often they all but kept his slippers by the front door – a time when Downing Street’s revolving door opened out not on to Silicon Valley but Wapping.’

This is an interesting shift. For years, many on the left explained away their failure to win sufficient popular support by blaming the influence of ‘the Murdoch press’. It was an easy, simplifying argument: people were duped by the right-wing media and, in turn, politicians were cowed by the right-wing media’s power to, well, dupe. It was a wrongheaded and patronising argument.

But it seems like the need for a conspiracy to explain the world persists. There is still, it seems, a cabal of not-so-shadowy businessmen pulling the political strings, stage-managing the direction of the world, and organising very appealing corporation tax rates. The problem with such a view, aside from it attributing far too much coherence and agency to a clueless political class, is that it reinforces the very cynicism – about politics and about democracy – from which conspiracy theory springs. That’s why those who embrace such conspiracies, who think that the solution is always to rent the veil on power, to make things ever more ‘transparent’, only ever make things worse. Because they imply that politicians need surveillance, monitoring, watching, and that, left to themselves, they will behave selfishly, avariciously and, above all, in contradistinction to the public spirit their role demands. So if shadow chancellor John McDonnell really wants to make a spectacle of his own private tax return, that’s up to him. But demanding that Osborne does likewise, to prove he has nothing to hide, is a move likely to entrench the very anti-political, anti-politician sentiments McDonnell thinks he is combatting.

Google may not be the force for good its branding suggests — who’d have thunk it? But are its tax affairs really a sign of political corruption. As Google might say, don’t be daft.