Oscars boycott: down with the art of identity

A racialised new climate is robbing art of its transcendent impulse. 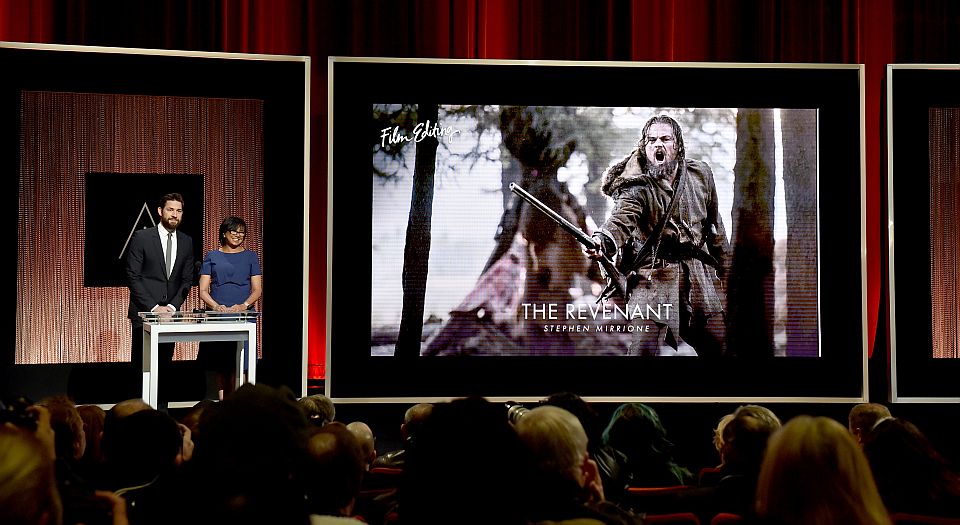 Poor Leonardo DiCaprio. After umpteen years of hurt, the try-hard star was tipped for glory at the Oscars this year, nabbing a Best Actor nom for his grizzly turn in The Revenant. He deserves some recognition. Not for his acting, of course. Despite his diverse range of films, and questionable accents, the only role he’s ever nailed is ‘Leonardo DiCaprio pretending to be someone’ – which he’s been doing over and over again for the past 20 years. Still, in terms of hitting the Academy Awards criteria – popularity, a self-conscious seriousness and sheer staying-power – he’s a triple-threat.

How sad it is, then, that if Leo does prevail at the ceremony on 28 February it will go down in the history books not as a perma-jilted Hollywood insider finally getting the props he deserves, but the 900billionth win for white privilege. This is the news, of course, that a group of black actors and directors have called for a boycott of the 2016 Oscars over the lack of black talent in the main nominations. Director Spike Lee and actor/Fresh Princess Jada Pinkett Smith announced they would be boycotting the awards – while husband Will, rapper 50 Cent and the inimitable Snoop Dogg (in his own foul-mouthed way) also voiced their support for the boycott.

The hashtag #OscarsSoWhite, spawned in response to last year’s Caucasian-heavy noms, has been resurrected and has trended all week. References to the ‘unconscious biases’ of the Oscar voters – who are 96 per cent white and 86 per cent over 50 – have abounded. Cheryl Boone Isaacs, the Academy’s first black president, has once again been left with egg on her face, insisting that instant steps will be made to improve the diversity of the Academy’s membership. And debate is now raging as to whether this year’s host – stand-up legend Chris Rock – should step down or host the awards and rinse the scandal from the podium.

The idea that two years of snubs for black talent amounts to systemic discrimination is, of course, nonsense. Historically, black actors and filmmakers have been overlooked and slighted, owing to the existing inequality and discrimination that meant black people, over the awards’ 88 years, struggled to find the roles or the recognition they deserved. But things have changed. Though, for decades, Sidney Poitier remained the only black man to receive a Best Actor award, Denzel Washington, Jamie Foxx and Forest Whitaker have all taken home the prize in the past 15 years alone. Though some categories – like Best Director – are even more homogenous, it’s only really a matter of time before this changes.

The so-called whitewash is little more than a two-year blip in a decade where more and more black stars have been gaining recognition. The suggestion that we haven’t progressed since the 1950s is ridiculous. Though, naturally, the residue of darker, more segregated times will linger, there is no conspiracy to keep black talent down. With the Academy’s voting membership reaching nearly 6,000, such a thing would be practically impossible if nothing else; accusations that the Academy felt it had ‘done its bit’ for black talent by showering 12 Years a Slave in awards in 2014 are as petty as they are misleading.

The #OscarsSoWhite argument seems to rest entirely on the idea that sub-conscious racism lurks in the Academy’s hive mind. But members aren’t even required to watch a specific set of films, meaning a vast range of factors – from personal taste, demographic trends and the effort studios put into lobbying particular titles – all play a role in the films which get the golden nod. Though there has been much carping about the fact that the only people nominated for NWA biopic Straight Outta Compton were its white screenwriters, septuagenarian voters are unlikely to be huge gangster-rap fans. As Boyz n the Hood director John Singleton, the first black man to be nominated for Best Director, coolly put it: ‘The demographics of America and this business are changing. The Academy’s going to evolve. So I’m not really worried about it.’

This is about much more than the Oscars. The 2015 and 2016 ‘whitewashes’ landed at a time in which an ugly, racialising dynamic has crept into the world of art. Constant handwringing about the lack of ‘black perspectives’ in arts and entertainment abound. But this is not as progressive as it might seem. The concept of art as a space in which we can be taken beyond our own experience, shown something more profound and universal, has been replaced by a box-ticking, multi-cultural desire to cover all of your ethnic bases. Films are lauded, not for their profundity, but for their diversity – for daring to give the white mainstream a glimpse into the life of the Other and ethnic-minority kids the validation they, allegedly, so desperately need.

You could almost feel sorry for the pensioners of the Academy committee, blighted and smeared at the hands of this racialised new climate. But we shouldn’t ignore the role they have played in promoting the art of identity. For years, the Academy has showered awards on so-called ‘brave’ films, whose sole virtue seemed to be ‘daring’ to ‘tell the story’ of particular minorities. How else can we explain Sean Penn’s Best Actor award in 2008 for his mince-heavy turn as the assassinated gay mayor Harvey Milk? Now, the Academy is falling foul of the growing culture of recognition that it itself has fed. Though the voters perhaps felt that Eddie Redmayne’s nomination for his portrayal of transgender artist Lili Elbe in The Danish Girl would be hailed as another progressive move, it was met with only disdain, owing to the fact that Redmayne – as a cis-gender male – couldn’t possibly do the story justice.

The Oscars has never been the watermark of artistic excellence. It’s a PR exercise for Team Hollywood – which, admittedly, makes its choice of nominees for the past two years look all the more blundering. But it should resist succumbing further to the toxic, racialised perspective that is sucking the transcendent, universal impulse out of art and culture. So, Oscar voters, ignore the whitewash – for all our sakes. But especially for poor Leo’s.