Campus censorship: it’s worse than you think, but there is hope 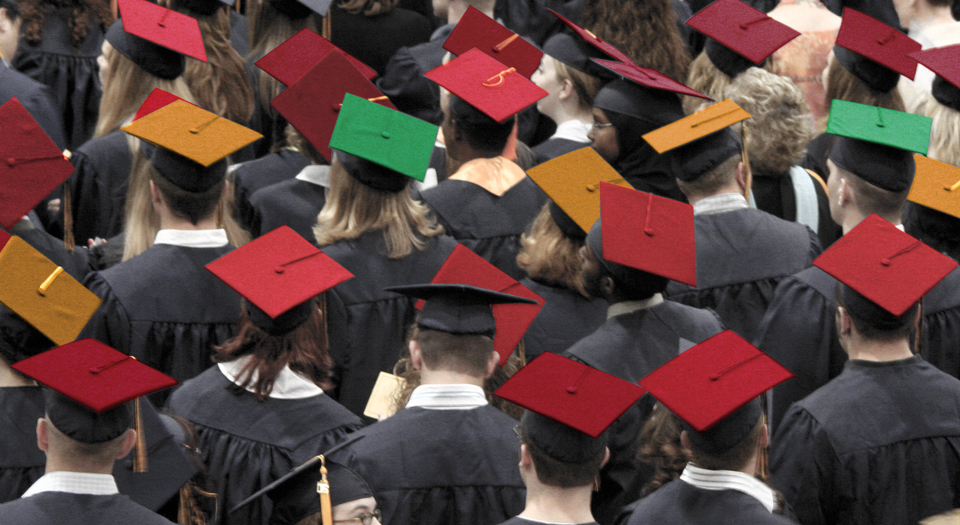 Today, spiked launches the Free Speech University Rankings 2016, our second annual analysis of the state of free speech in the British academy. Our findings prove, if there was ever any doubt, that campus censorship is no longer a problem in UK academia – it’s an epidemic. The campus free-speech wars have become big news in the past year, filling column inches on a daily basis. But the FSUR 2016, going beyond the headlines to assess the policies and bans of 115 UK universities, shows that the prospect facing free expression on campus today is even bleaker than anyone could have imagined.

According to our data, 90 per cent of universities and students’ unions censor speech – rising from 80 per cent in our 2015 findings. Using our traffic-light system – ranking universities either Red, Amber or Green – we’ve seen a sharp, unmistakable increase in the most restrictive, Red universities. Today, 55 per cent of campuses are a hostile environment for free speech, explicitly banning speakers, outlawing particular ideas, and cleansing campus of anything that might rile, offend or upset.

Though you wouldn’t necessarily know it going on the shocked responses to the flurry of bans in the past 12 months, campus censorship is nothing new. No Platforming speakers has been around since before many of the fortysomething commentators now venting spleen about the illiberal yoof were students themselves. But censorship has exploded in the past year. Political censorship on campus, once reserved for fascists and the far-right, has been meted out on ‘transphobic’ feminists like Julie Bindel, anti-Islamist campaigners like Maryam Namazie, and un-PC comedians like Dapper Laughs.

That the logic of No Platform has expanded should come as no surprise. As spiked has always argued, legitimising censorship in any case – even to silence the most backward, freedom-thwarting views – puts free expression in peril. Once you’ve banned the BNP, once you’ve legitimised the notion that students are either too vulnerable or too easily led to listen to dodgy ideas, you’ve already conceded the principle. The bar will only get lower and lower. In our survey, bans on ‘racist’ secularists sit alongside bans on ‘racist’ sombreros. Campus bureaucrats don’t even trust students to dress themselves, let alone think for themselves.

But this isn’t all about students’ union muppetry, a new generation of PC extremists reshaping the university in their own, illiberal image. Though students’ unions continue to lead the way in campus censorship – with SUs more than four times more likely to be ranked Red – campus censorship has become institutionalised. Many universities have begun to speak out against the censorious excesses of their students insisting that the likes of Germaine Greer speak in spite of student protests – but the vast majority of university administrations maintain byzantine systems of vetting and censorship. Many cut-and-paste university external-speaker policies restrict ‘needlessly offensive or provocative actions and language’. And we wonder where the students get it from.

Whataboutery pervades this discussion. Even campus illiberals claim that their critics ignore the ‘real threat’ to free speech: the UK government’s Prevent agenda, calling on campuses to ban Islamist preachers in an attempt to quell religious extremism. But such rank hypocrisy only shows that many are still failing to grasp those two most basic tenets of free speech: that it is for all, or for none at all; and that if you advocate censorship for some, you can’t complain when it is extended to others.

A robust defence of free speech across the board – for fascists, Islamists, contrarians and comedians – is sorely needed. We need to reaffirm the idea that free speech is not a block to progress – it is essential to it. It is only through embracing freedom that we can hope to pursue truth and develop the moral resources to make history. The academy, forged from the Enlightenment spirit itself, should play a crucial role in this process. Universities should foster free thinking and intellectual risk-taking, rather than enforce conformism and smother students in Safe Spaces. And students everywhere need to defend freedom against all-comers – whether they be SU paternalists or authoritarian governments.

Here there is hope. Though the FSUR 2016 paints a bleak picture, spiked’s ongoing campaign against campus censorship has brought us into contact with whipsmart students across the country who are fed up with the stifling status quo. This year, spiked will be working with many more who are looking to make mischief and have out the hard arguments with the campus censors. Here’s hoping the FSUR boosts their resolve – and inspires many more.