Social media has been gripped by the worst case of mourning sickness for 20 years. 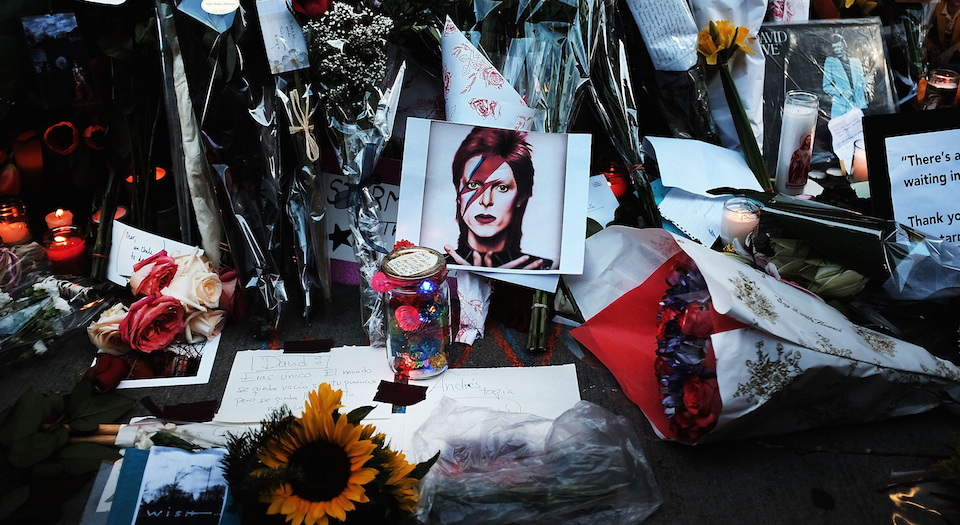 It wasn’t quite as insufferable as ‘after Diana’, but it’s the closest equivalent we’ve had since 1997. David Bowie’s death shocked us all, and it was as unexpected as that of the People’s Princess. So it’s no surprise that it should have elicited a comparable response – only amplified ad nauseam in the age of social media and instant connectivity.

The sudden news of Bowie’s death sent the nation and the world into emotional convulsions. There were the same drunken eulogies and declarations of ‘grief’, the same hyperbole about ‘things never being the same again’, the sepulchral howling and emotionally attached BBC reporting, and, amid the gaseous exaltations, a total loss of proportion. According to various sources, Bowie single-handedly paved the path for our sexually tolerant society, inspired space exploration (because ‘Space Oddity’ was in no way about drugs), and helped to bring about the collapse of the Berlin Wall. He was a unique Renaissance man. He was the first hipster. He was gender-fluid and ‘trans’ before Bruce ‘Caitlyn’ Jenner. He was the first pop star and he will be the last. I’m only surprised the BBC didn’t claim that David Bowie created the NHS or invent the hovercraft.

Now, as then, there were the naysayers. These cynics claimed that all such recreational grief and competitive blubbering was phoney attention-seeking, a symptom of a desire, created by a fragmented society, to belong to something larger. ‘This is NOTHING to do with Bowie’, tweeted Camilla Long of The Sunday Times. ‘This is to do with the utter insincerity of social-media grief.’ Julie Burchill accused the mob of ‘sob signalling’. As with many post-Diana counter-reactionaries, Burchill contrasted the wailing for a dead celebrity with real, intimate grief – something she has experienced, having lost her son last year.

Most of what we heard and read came from Generation X, those 30- to 60-year-olds who run the media and who are the most prolific mainstream social-media users. And if the reaction to Bowie’s death was concocted or cynical, it is something to be ridiculed, or at least looked in to. But the truth may be even worse. Generation X’s lachrymose response was probably sincere, in all it’s sickly woe and sixth-form poetry.

Otherwise sensible, rational people my age were all over social media openly confessing to crying upon hearing the news of Bowie’s death. He represented their childhood, their adolescence. He was the man whose music they first made love to. A common, perverse, comment was ‘I thought he’d never die’, while a bystander in Brixton told a BBC reporter that ‘Bowie literally saved my life’. We could all afford a sneer at the Diana ghouls those years back because they were vulgar, Daily Mail-reading housewives, simple foreigners or harmless old grannies. But this week we had the urban sophisticates of Generation X carrying on like a 15-year-old Morrissey on a really bad day. I’m old and David Bowie dying just proves it!

It’s been long established that we live in infantalised, kidult, emotionally incontinent times. Sure, Bowie in his prime was great. But there were greats before him and there will be greats once more. He was part of your childhood, but that has passed, and if Bowie’s death reminds you of that sorry fact, well, here’s a sadder truth: we’ll all be dead one day. Every single one of us. So enough of these apocalyptic lamentations. History has not ended with David Bowie’s passing.

The right to be offensive is not a privilege

Ricky Gervais was expected to make some controversial and offensive remarks when he presented the Golden Globes this week. He duly obliged with quips about Mel Gibson’s history of anti-Semitism, priestly child molestation, and, most grievously for the delicate ears of America’s liberals, Bruce ‘Caitlyn’ Jenner’s sexuality.

‘I’ve changed’, Gervais told the audience. ‘Not as much as Bruce Jenner, obviously. Now Caitlyn Jenner, of course. What a year she’s had. She became a role model for trans people everywhere, showing great bravery in breaking down barriers and destroying stereotypes’, he said, before making a reference to the fatal car accident she was involved in last year. ‘She didn’t do a lot for women drivers, but you can’t have everything, can you?’

Gervais stands by his remarks, and he will get away with them. Being offensive is his selling point. We expect nothing less from him, in much the same way we do from South Park or the Farrelly brothers, or used to from Frankie Boyle when he was a comedian. We should be thankful for Gervais for rare offensive humour in a world where rude jokes and dark humour normally earn people censure, shame, or, 12 months ago in Paris, a visit from gunmen.

Yet dark humour is increasingly the domain of the wealthy. For most people, a casual joke about transsexuals or any other sensitive subject could cost them their job and livelihood, or at least a bien pensant celebrity slap-down on Twitter. From The Office to Extras, Gervais has excelled at taboo humour, but it would be a travesty if we cherished him for being the exception rather than the rule.

The last of the lads’ mags, FHM, bows out this month with an edition featuring Holly Willoughby on its front cover. It’s an appropriate choice. The ITV presenter has just enough sex appeal to qualify for the role, but with sufficient homeliness and years to evoke the magazine’s glory days.

FHM’s heyday, along with Loaded, was during the 1990s at the height of ‘lad culture’, before the more coarse weeklies Zoo and Nuts came on the scene. All these titles, now killed off by internet porn, smart phones and the general decline in mid-market print magazines, ultimately owed their existence to Viz comic, which in the late 1980s popularised post-PC, irreverent and deliberately juvenile blokeish humour. By the end of that decade, Viz was selling 1.2million copies. But with the explosion of lads’ mags in the 1990s this slumped. Viz, it was said, was the victim of its own success.

Although it shifts a modest 50,000 copies per issue, Viz comic is still going strong. The secret to its success: it hardly spends any money on advertising and it doesn’t give away content free online (like The Times and Private Eye, two other healthy print publications). Lads’ mags may have come and gone, but Roger Mellie, Mr Logic and the Fat Slags still live on.