Saudi Arabia vs Iran: much more than a religious war

The Saudi-Iran tensions speak to the exhaustion of politics. 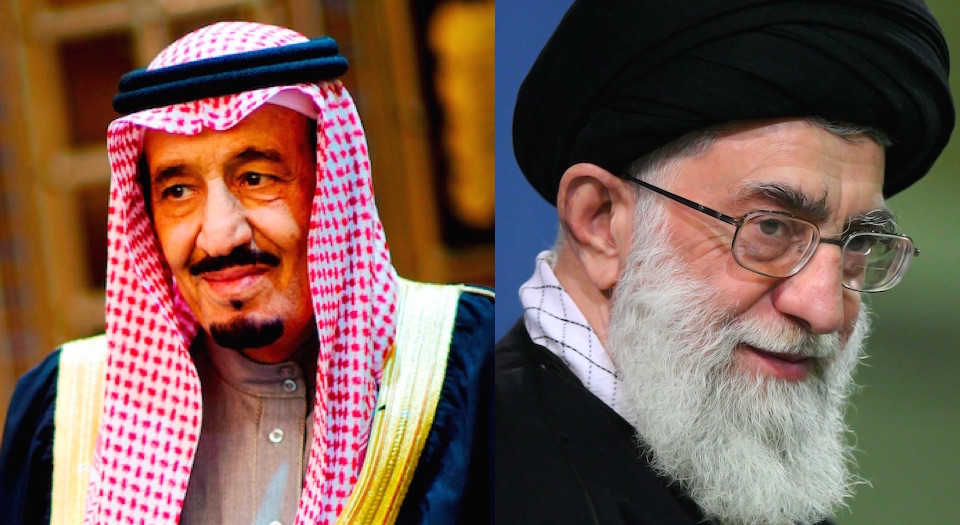 To see the difficulty our rolling-news, think-piecing era has with complexity, especially political and historical complexity, look no further than the response to the growing conflict between Saudi Arabia and Iran.

This geopolitical quake, this long-brewing stand-off between the two greatest powers in the Middle East, speaks profoundly to the hollowing-out of the old power structures in that part of the world, and more importantly to an exhaustion of politics as we once knew it. And yet how is it being discussed? As a straight-up religious war. As a hidden history of inter-Islamist conflict magically surfacing in the second decade of the 21st century. It is a failure of historical depth to view the conflict in this narrow way.

Barely had the bodies of the 47 people executed by Saudi Arabia on 2 January been wrapped and buried than people were fretting about the return of ‘an age-old schism between Sunni and Shia Muslims… dating back to the founding of Islam’. That’s because one of the 47 killed by the Sunni-run Saudi regime was Sheikh Nimr al-Nimr, a prominent Shia cleric who was popular among the 15 per cent of Saudis who are Shias and in other Shia-dominated countries, most notably Iran. There were furious protests in Iran and around the world. Saudi Arabia and Iran ended diplomatic relations. Iran accuses the Saudis of bombing its embassy in Yemen. This is serious. But it isn’t, as one account has it, ‘a fight that’s been brewing for centuries’.

One question that the ‘return of religious war’ lobby cannot answer is: why now? If this tension really does date back to the beginning of Islam – the 6th century – and really does represent the ‘reopening of old sectarian wounds’ around the question of ‘which form of Islam should dominate the Middle East: Shia or Sunni?’, then why has it exploded in 2016, rather than in, say, the 1800s? Or 1915? Or 1979? To focus only on the religious side to this conflict, which no doubt exists, is to overlook the global and political shifts that triggered the conflict now and which means it can assume a kind-of religious form. What we’re witnessing in the heat between Saudi Arabia and Iran, and across the Middle East more broadly, is less the primacy of religion than the exhaustion of politics – of pretty much every political project of the modern era.

Both Saudi Arabia and Iran emerged in the colonial era as client states of Western powers. But there was always an element of tension between these Western forces and their vast clients, primarily America in relation to Saudi Arabia and Britain in relation to Iran. These were not like the old colonies that could easily be bossed about. In the Cold War era in particular, after Britain engineered the overthrow of the Iranian nationalist PM Mohammad Mossadeq and his replacement with the old Shah in 1953, and following America’s cultivation of Saudi Arabia as part of its Soviet containment strategy for the Middle East, these two client states began to gain more independence. The growth of the oil industry combined with various geopolitical shifts saw both Saudi Arabia and Iran become powers in their own right, expressed in the Saudi oil embargo of the 1970s and, most forcefully, in the Iranian Revolution of 1979 which deposed the Shah and introduced Islamist rule.

But it was post-Cold War developments that created a situation where these once client-like but now increasingly independent states could become more conflictual. Two events are especially important, one geopolitical, the other existentially political.

The first was the ill-thought-through unravelling of the structures of the Middle East by a new Western interventionism that appears alarmingly unanchored, driven not by any clear agenda, aims or rational pursuit of territorial or geopolitical interests, but rather by an instinct among Western leaders to offset the moral crises they are suffering at home through constructing moral, military dramas overseas. The destruction of the Baathist regime in Iraq was particularly important in this regard. For years, Iran and Iraq had been kind of counterweights in the Middle East, enemies – most clearly during the Iran-Iraq War of the 1980s – who balanced out each other’s territorial and political ambitions. The removal of Iraq from the scene allowed Iran’s influence to grow, in Iraq itself, and through its proxy groups like Hezbollah in Lebanon and Syria and Hamas in Gaza.

The unravelling of Syria, following the Arab Spring there in 2011 and the West’s announcement that Bashar al-Assad was no longer the legitimate ruler of that nation and its support for anti-Assad rebel forces, created yet another zone for Iranian influence and strikingly for the playing out of Saudi-Iranian regional and political tensions. Iran is a major supporter of Assad’s regime, having funded its war effort to a reported tune of $9 billion. The Saudis, meanwhile, have become one of the largest provider of arms and funding to anti-Assad rebels, including al-Qaeda-linked groups. Much of the bloodshed in Syria is an expression of the Saudi-Iranian battle for the vacuum created by the post-Cold War, and especially post-Iraq War, unravelling of the old order there. In Yemen, too, where Saudi Arabia last year led an Arab-coalition bloody intervention, backed by the US, to defend the government of President Abd Rabbuh Mansur Hadi, these tensions are also being played out: Iran is thought to support the Houthis who oppose Hadi, and who are being bombed by the Saudi and its allies in a most horrific way.

The neat idea of a centuries-old religious conflict exploding over the past week, following the Saudis’ execution of a Shia cleric, just doesn’t cut it. It overlooks the chaotic undoing of effectively the postwar order – certainly the Cold War structures – in the Middle East, which has created vast, unruled swathes of territory into which various powers and groups are moving, and which has allowed the increasingly post-client states of Saudi Arabia and Iran to vie for greater power, to challenge one another’s political hold, and to fight it out, via proxies and denunciations for now, for primacy in the Middle East. This battle also reveals the waning influence of the West, especially the US, in a Middle East they made but can no longer meaningfully influence, far less control. Absent the old Western oversight or realpolitik, the space is open for a more upfront if mystified fight for influence between the Saudis and Iranians.

Then there is the second, in many ways even more important factor that the ‘religious war’ lobby has failed to grasp: the exhaustion of politics itself. If the Saudi/Iranian tensions assume a religious character, as they frequently do, this speaks less to the return of a confident, conflictual Islamist battle, or to any serious kind of apocalyptism in Riyadh or Tehran, than to the end of the political ideologies and language through which world affairs was organised for decades and its replacement by the crutch of religio-speak. Saudi Arabia and Iran search for legitimacy, and express their ambitions, through Islamic ideas that still enjoy some popular purchase in lieu of having any strong political architecture to cohere their always fragile, Western-created national entities.

The seemingly religious character of the Saudi/Iran tensions speaks to a Middle East, and a world, in which older political frameworks have become seriously frayed. From the colonial project to its opposite of Arab nationalism, from the monarchism that held Iran together for 20 years or so during the Cold War period to the national liberation ideal that motored many Arab and Iranian movements in recent years, politics as we understood it, through which we made sense of ourselves and the world, has run out of steam. This is a global phenomenon. The Saudi-Iran fallback on religious legitimacy in the absence of older ideals of nationalism, monarchism, sovereignty, mirrors in a more violent form the quake in politics that has occurred almost everywhere in recent decades; it echoes the rise of post-ideological, post-national ways of organising affairs everywhere from the EU to the geopolitical terrain. Iran’s 1979 Islamic revolution spoke, very early on, to this exhaustion of the old politics, most notably to the weakness of the left. And this phenomenon has become more pronounced in the 35 years since.

In essence, the Middle East is suffering two major disruptions: first, the disruption of geopolitical fallout, as the old role played by client states in that part of the world becomes less important in the post-Soviet era, and as the West thoughtlessly transforms much of the Middle East into a testing ground of its flailing moral legitimacy and mettle; and secondly the disruption of the end of politics. Those who look at the Middle East today, at the spread of the ISIS death cult or the growing influence of Iran, and see only 7th-century thinking and wars, must remember that every conflict is fuelled by a politics and history we have a responsibility to try to understand. What we need now is less handwringing over the return of Islam’s schism, and more attempts to construct a politics and language through which interests might be more honestly and rationally pursued in the 21st century, both over there and here – everywhere.