Mansplaining: an affront to universalism

The feminists hating on Sherlock need to get a grip and read some history. 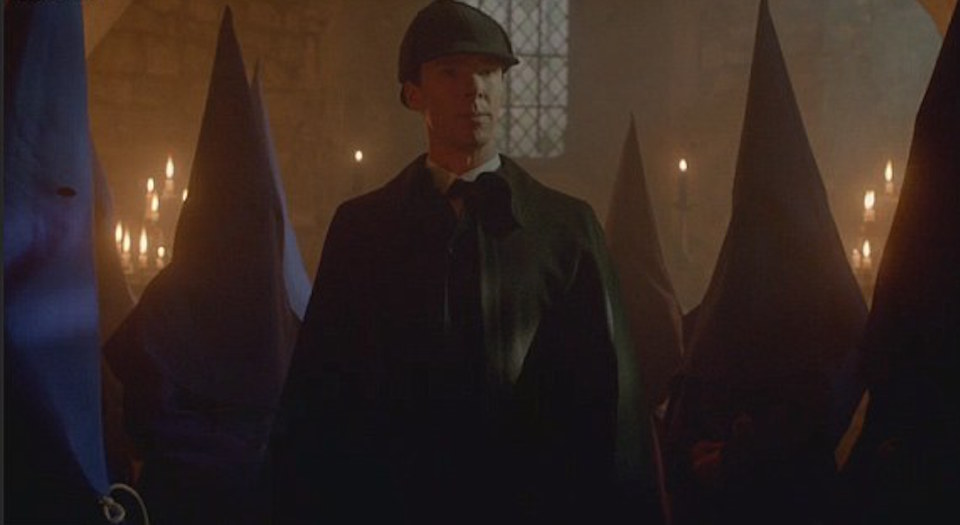 What exactly are feminists talking about when they use the term ‘mansplaining’? Is it whenever a man offers his opinion to a woman? If so, how is that any different to the sexism the phrase ‘mansplaining’ purportedly protests? Is this not just sexism aimed at men?

That certainly seemed to be the case when the makers of the deeply inoffensive BBC drama Sherlock were chastised over the show’s New Year’s Day special. Apparently, it didn’t show proper deference to the Suffragettes, as the prodigious sleuth was heavily criticised on social media for supposedly ‘mansplaining’ feminism.

The episode, titled ‘The Abominable Bride’, returned Sherlock and Watson to the Victorian era, where they investigated a secretive group of women, who, it was implied, were Suffragettes responsible for a series of murders of married men. After solving the case and uncovering the mysterious female cabal as the culprits, Sherlock gave a speech, which was entirely supportive of the Suffragette movement:

‘One half of the human race [is] at war with the other. The invisible army hovering at our elbow, tending to our home, raising our children, ignored, patronised, disregarded, not allowed to so much as vote. But an army nonetheless ready to rise up in the best of causes, to put right an injustice as old as humanity itself. So you see, Watson, this is a war we must lose.’

These well-meaning comments, however, were not kindly received by disapproving feminists on Twitter, who accused Benedict Cumberbatch’s character of ‘mansplaining’.

Unfortunately, these individuals seem to struggle with discerning the difference between actual misogyny and a man – in this case a fictional one – simply voicing his thoughts. Mansplaining is a divisive concept that pathologises the male psyche, as if men are uniquely capable of patronising, sexist behaviour. And it is an inherently self-contradictory phrase, which attempts to identify sexism while also reinforcing it.

I have certainly encountered men who treat women as lesser intellects. Yet I also know plenty of men who would never dream of doing that. It is pretty obvious that supercilious men don’t behave that way because they are male. They do it because of their ignorant and unpleasant personalities. Such lordly behaviour is certainly not limited to men or misogynists, for that matter.

I have, however, met my fair share of condescending ‘femsplainers’: feminists who cannot countenance the possibility that someone can both be female and not a feminist. Such people have tried to forcibly convert me to their political ideology by insisting that I am a feminist – despite my claims to the contrary. Usually they will argue that if you believe in equality between the sexes you are therefore a feminist, as if one cannot reach that point by any other path.

For these femsplainers, feminism is the default option for women, and if you opt out then you are either stupid, mistaken or self-loathing. This is where the ugly politics of identity leads you, into a world of mistrust and intolerance of anyone who does not fit the required stereotype. A man isn’t even allowed to comment on anything related to the history of women because it isn’t his history.

This is where I have my own bone to pick with Sherlock. I completely disagree with the sleuth’s assertion that in the campaign for women’s suffrage ‘one half of the human race [was] at war with the other’. Actually, there were many men who advocated votes for women. The philosopher John Stuart Mill being one notable example. There were also women who campaigned against the Suffragettes. But, most importantly, the right to vote was something that working-class men were fighting for, too. Prior to 1918, they didn’t have the vote either. It was not so much a gender conflict as it was a class conflict.

The campaign for suffrage doesn’t belong to the Suffragettes alone, and it is not just ‘women’s history’. It was a triumph of universalism – a common history that we all share.