The MP's 17-year-old flirter has been treated like a child. 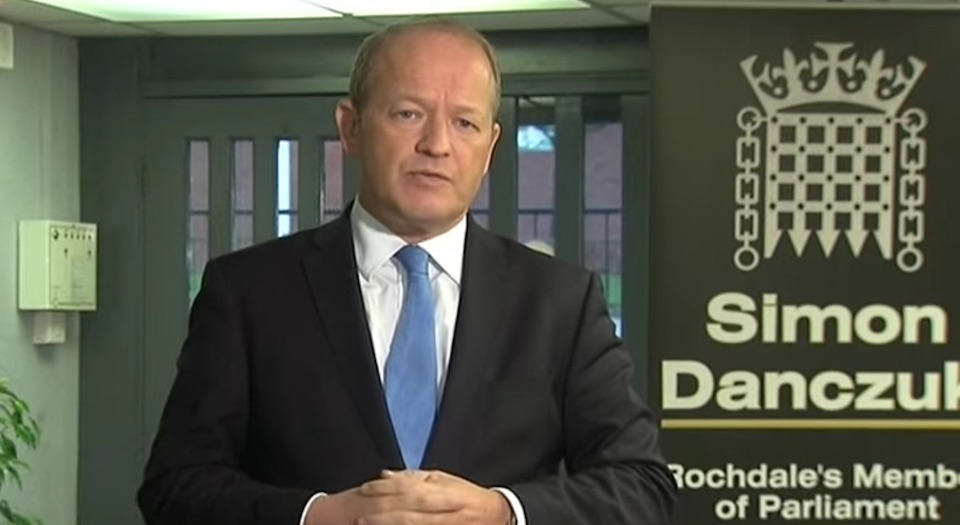 The year is only four days old, and already we have a scandal involving the personal conduct of a politician.

Danczuk’s texts are unbearably embarrassing, and as the MP himself later tweeted, ‘There’s no fool like an old fool’. But there is also a problem with the reaction to Danczuk’s texts and his seeming taste for young women. His exchange with Houlihan has been investigated by the police to check the teenager wasn’t ‘harassed’ by his messages, and Danczuk has been temporarily booted out of Labour. The police decided that no crime had been committed, yet Danczuk still suffered both publicly and in relation to his political work. He’s been branded a pervert by his first ex-wife and dumped by his new young girlfriend – via Twitter.

One key fact has been ignored by those rushing to investigate or condemn Danczuk – the woman he ‘sexted’ was over the age of consent. There is no legal issue with Danczuk’s preference for younger women. In her interview with the Sun, Houlihan didn’t hide the fact that she ‘enjoyed the attention’. ‘There is something about him that I was attracted to’, she said. There was no foul play, so why the huge fuss?

Instead of ignoring Danczuk’s crush on young women on the basis that it’s none of its business, the Labour Party has decided to make a spectacle of him. Some will say he’s suffering a fate of his own making: the punchline to the whole affair is that Danczuk is one of the leading figures in the child-abuse panics involving Cyril Smith and Lord Janner. That he is now branded a sleazeball with weird interests suggests he’s being hanged by his own abuse-obsessed rope.

Yet in its freakout over a few texts, Labour has demonstrated its dislike of proper legal proceedings. It has ignored the fact that there was nothing criminal about Danczuk’s conduct, and it has instead indulged its penchant for public scandal. The whole thing has now inevitably become bound up with Labour’s internal disarray. News that the pro-Corbyn movement Momentum plans to protest at Danczuk’s constituency office confirms both the puritanical zeal and destructive strife-mongering of that wing of Labour.

It wasn’t long before Danczuk’s critical colleagues were giving their two cents’ worth on his love life. Labour MP Jess Phillips suggested he had ‘exploited’ the teenager; Ken Livingstone described him as ‘really disturbing’. Many Labour supporters have called for his resignation.

What this debacle showcases is Labour’s two main talents: trivialising politics and patronising women. A competent, politically coherent party would have ignored such a pointless story. But hollowed-out Labour is now so obsessed with its public image, in lieu of having a political vision or idea to promote, that it had to make sure it was seen to condemn Danczuk’s behaviour. Not only does this meddle in the private affairs of a grown man – it also suggests that young women are too naive, too stupid, too weak to make their own decisions about who they get involved with. Painting Danczuk’s behaviour as perverted and punishable is an expression of distrust in Houlihan, and by extension all young women, who are presumed to need protection in sexual matters. So why have an age of consent? When do women become independent in such matters?

For young women, there’s something even more insulting than being the object of Simon Danczuk’s fantasies, and that’s being treated as overgrown children who can’t possibly consent to a sexual textual relationship. Such a patronising view of women was made even more laughable when it emerged that Houlihan ran a fetish website selling worn underwear and her own toenail clippings. A few salacious texts from an older man can’t have been that shocking for her.

Danczuk began his defence by rather resiliently stating, ‘Younger women are my Achilles’ heel… Some men like older women, some like younger women, some like brunettes, some like blondes’. Unsurprisingly, he has since apologised and blamed his flirtations on a drinking problem. Why should he apologise, though? He and Houlihan were involved in a consensual and legal, if slightly odd, relationship (such as it was – they didn’t even meet up; they just chatted).

I won’t lose much sleep if Danczuk gets the chop. But I am worried about the fact that Labourites and many in the media seem uncomfortable with the idea of a young woman conducting her sexual relations as she wishes. This isn’t just about Danczuk; it’s also about the new, growing view of young women as requiring protection – chaperoning, in effect – when in fact they should be striking out on their own.