The year of the populist

From Trump to Syriza, populist politics surged in 2015. 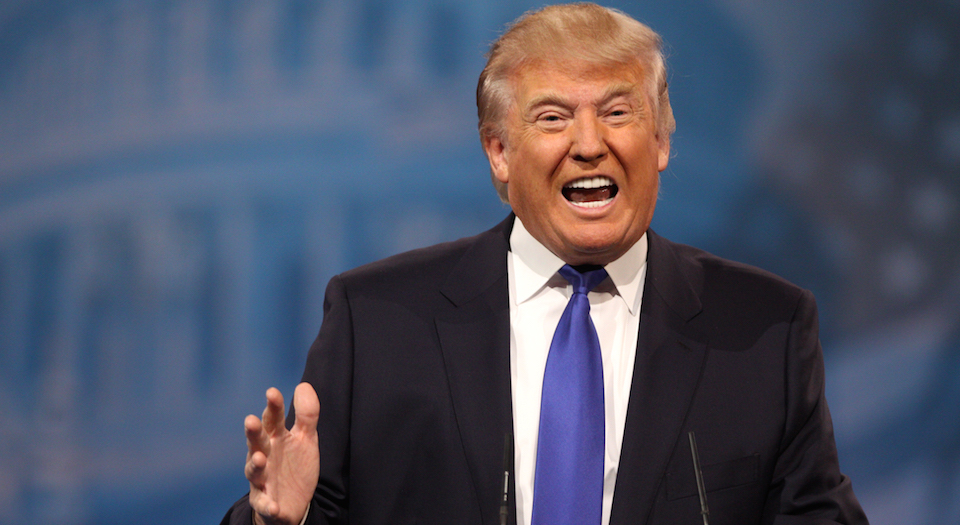 ‘Across the Western world, a new breed of right-leaning populists like Donald J Trump, Marine Le Pen in France and Viktor Orban in Hungary are surging in popularity by capitalising on a climate of insecurity rivalling the period after the First World War.’

This doom-laden summary from the New York Times, conjuring up the ghosts of fascism past, does touch on something: a new political configuration is emerging. Throughout the West, long-established political elites, which have carved up power among themselves for much of the postwar era, are now confronted by growing oppositional movements – parties or individuals who speak for, and on behalf of, a social constituency (usually blue-collar and white) long disdained by an increasingly technocratic, self-preserving elite. Think not just of Trump and Le Pen, but also of Nigel Farage’s UKIP in the UK, or Geert Wilders’ Freedom Party in Holland, or Beppe Grillo’s Five Star Movement in Italy. These groupings differ in details, not spirit.

And it’s not a ‘right-leaning’ spirit. This is not fascist history repeated as Trump. After all, in January, it was an avowedly left-wing coalition that stormed the political-class barricades as Syriza won the Greek elections. Likewise, Podemos, which has now ripped open the stitched-up duopoly of Spanish politics, is dressed in the anti-globalisation garb of the post-1990s left, not the brownshirts of the 1930s.

To view this growing populist revolt in terms of left and right is to miss what makes it significant. And that, as spiked’s Frank Furedi put it, is ‘the aspiration to solidarity’, a coming-into-being of a new political constellation in opposition to the political and cultural worldview of the governing class. As limited as its expressions are, it remains an act of political self-assertion, the moment when a long-derided, politically effaced swathe of society begins to express itself, indeed, re-constitute itself as the people – hence the term populism.

The rise of the outsider as the populist political figurehead also cuts across any left-right divide. Trump, Bernie Sanders, Wilders, Farage, even Syriza’s man-about-town Yanis Varoufakis all position themselves as a not-one-of-them-lot politician. Not that they are men of the people. No, the appeal of these populist figures lies in their seeming authenticity, the fact that they perform themselves, speaking their off-message minds and to hell with the consequences. Paradoxically, in their apparent individuality, they speak for a general sentiment: a discomfort with the you-can’t-say-that conformism of the political mainstream.

Not that this revolt against the elites is a completely new phenomenon. Its seeds were sown decades ago, as Europe’s traditional parties of left and right – the social democrats, the Communists, the Christian democrats and so on – lost their social moorings and, ultimately, their political identities. As their support bases shrank, they not only shifted towards the centre in search of votes, but also, more significantly, they gradually stopped seeing the public as a source of democratic legitimacy – as people they represented and from whom it was necessary to win support. And as their estrangement from the electorate grew, so their worldview – technocratic, cosmopolitan and disdainful of their native working-class – developed as something distinct from, and in opposition to, a large section of the populace.

In the EU, national elites’ simultaneous flight from and management of the demos gained institutional form. Hence European populism is entwined with opposition to the EU. And not just because it is a source of external, unaccountable power over the internal lives of nation states, but also because it appears culturally, almost ideologically, opposed to the internal lives of citizens, frequently branding them racist, sexist and bigoted. So in the early days of the migrant crisis this year, German chancellor Angela Merkel talked of promoting EU ‘values’, while European Council chief Donald Tusk declared war on the ‘populism and xenophobia’ in Europe’s midst.

The US is different, of course. But similar political changes can still be discerned in both the disorientation of the Democrats and Republicans, two groups unsure of what it is they stand for, and the technocratic trajectory of US government. Again, the political class seems increasingly opposed to a large swathe of society, those President Obama once said ‘cling to guns and religion’.

It’s from this gulf between a technocratic political elite and those subject to its diktats and derision that the populist surge has emerged. What’s become clear this year is just how working-class and indigenous this surge is. Front National’s success in France’s regional elections, which was curtailed by the tactical voting of the Socialists and Republicans, was underpinned by a groundswell of working-class support. As one French academic put it: ‘Working-class French people feel they have been abandoned economically, socially and culturally. Front National has stepped into the breach.’ Not for nothing did Le Pen herself describe the France beyond Paris of blue-collar workers, small farmers and low-level employees as the ‘France of the Forgotten’.

In the UK, too, the driving force behind UKIP’s General Election performance – the best by a new political party since the Second World War – was not disenchanted Tories in the south east, but working-class northerners and Midlanders (from whom UKIP picked up 20 to 30 per cent of the vote). Across the Atlantic, Trump, too, seems to be drawing deep on the working class for his support. Pollsters report that 55 per cent of Trump’s supporters are white working class, compared to just over 30 per cent for the other Republican candidates.

Not that this is a surprise. The object of political-elite disdain, the target of its culture war, has largely been an indigenous working-class population who it regards as irrational and atavistic. Not for nothing did Terra Nova, a French think tank closely associated with the ruling Socialist Party, say that future society would be ‘younger, more diverse, more feminised’, and that ‘the working class is no longer at the heart of the left-wing vote’. That is the political class’s dream; an electorate constructed in its own image – multicultural, feminised and middle-classified.

Populism is a threat to that dream. It is the moment those demonised and shamed out of public life start to assert themselves, to contest the political-class narrative, in effect, to re-politicise politics itself. And deeper still, in that self-assertion, in that refusal to be told what to think, that refusal to accept the life imposed on one from afar, a degree of control over one’s life is being clawed back. Make no mistake: the tectonic plates of postwar politics have shifted. There is no going back.