JJ Abrams has restored balance to the Force. 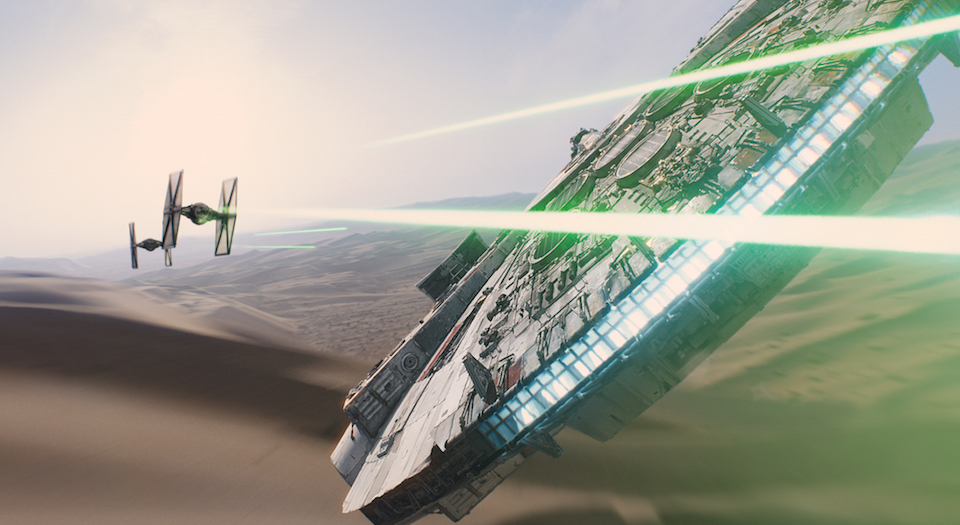 Relief. Profound, ecstatic relief. That’s the feeling you walk away with after watching Star Wars: The Force Awakens, the JJ Abrams-helmed seventh film in the near-40-year-old saga. Sure, it’s exciting, nostalgic and joyous at times – with eye-popping action, countless nods and winks for the fans, and that spine-tingling John Williams score soaring from start to finish. But that’s not the point. The important thing is it isn’t crap – it’s actually rather good. And that was all it needed to be.

It’s hard to overstate how high the stakes were. Any new addition to a big, beloved franchise comes loaded with expectations. But Abrams didn’t just have to keep the fans happy – he had to unbreak their hearts. George Lucas’ much-bemoaned prequels were not just bad – they were an act of self-mutilation. Alongside endlessly retouching and adding CGI to the original three, the creator of the greatest film franchise of all time seemed deadset on destroying it, and turning himself into a laughing stock in the process.

Remember Simon Pegg’s character in Spaced burning all of his memorabilia after the release of The Phantom Menace? That’s how every self-respecting Star Wars fan felt as those three CGI-laden, stony-faced films were trotted out at the box office. Some fans have even made their own ‘watchable’ re-cuts – like a kind of despairing fan fiction. And even those of us who were kids when the prequels landed – naive and unperturbed by Jar-Jar and Samuel L Jackson’s purple light sabre – have come to look on those films with embarrassment; like looking at your old CD collection and wondering why on Earth you ever liked My Chemical Romance.

Not so with The Force Awakens. As soon as those inimitable, yellow titles scroll across the screen, you know you’re in safe hands. Abrams has made a career out of repackaging his own movie nostalgia for a new generation – from his acclaimed Stark Trek reboots to his ET-meets-Close-Encounters rip-off, Super 8. Here he’s even more shamelessly deferential than usual. Two fresh-faced space orphans, desert-set scavenger Rey (Daisy Ridley) and defected Stormtrooper Finn (John Boyega), are the would-be couple at the centre of it all. But The Force Awakens is more a homecoming than a new chapter.

As the two unlikely heroes run away from the evil First Order – an even more Nazi-fied offshoot of the old Galactic Empire – a series of coincidences and botched escape-plans lead them to Han Solo (Harrison Ford), Chewbacca (Peter Mayhew) and the remnants of the resistance led by Carrie Fisher’s General (nee Princess) Leia. Whether it’s Han taking the helm of the Millennium Falcon or C-3PO robo-mincing into frame, it has the feeling of a school reunion – nostalgia hit after nostalgia hit for cast, crew and audience alike.

The story of The Force Awakens is more or less a remixed A New Hope – with the new recruits earning their stripes and getting a crash course in the Force by hatching a plot to destroy the First Order’s new planet-sized Death Star. But what Abrams replicates so well is less the narrative, than the feel of the 1977 original. Using as many real locations, costumes and models as possible before reaching for the CGI, the cinematography and the action are stunning and yet have real heft – a far cry from the airy, green-screen vistas of the prequels. Better still, the camp is back with a vengeance: there are the Seventies haircuts, the rubbery aliens and the equal-parts terrifying and silly-looking villain in the form of Kylo Ren (Adam Driver) – complete with bob-shaped helmet and blood-chilling voice filter.

The Force Awakens is not quite the pure, blockbuster masterpiece the critics and the love-starved fans are making it out to be. It’s deferential to the point of derivative – with its fair share of clanging references and unbelievable narrative coinkydinks. But none of that quite matters. The familiar story arcs and the parade of old characters feel like necessary reassurance. Star Wars didn’t need an edgy, dark-hued Christopher Nolan treatment – it needed to get back to its essence. Abrams has restored balance to the Force. The franchise has awakened, and all is forgiven.

Watch the trailer for Star Wars: The Force Awakens: