Both sides in the refugee debate have lost sight of freedom. 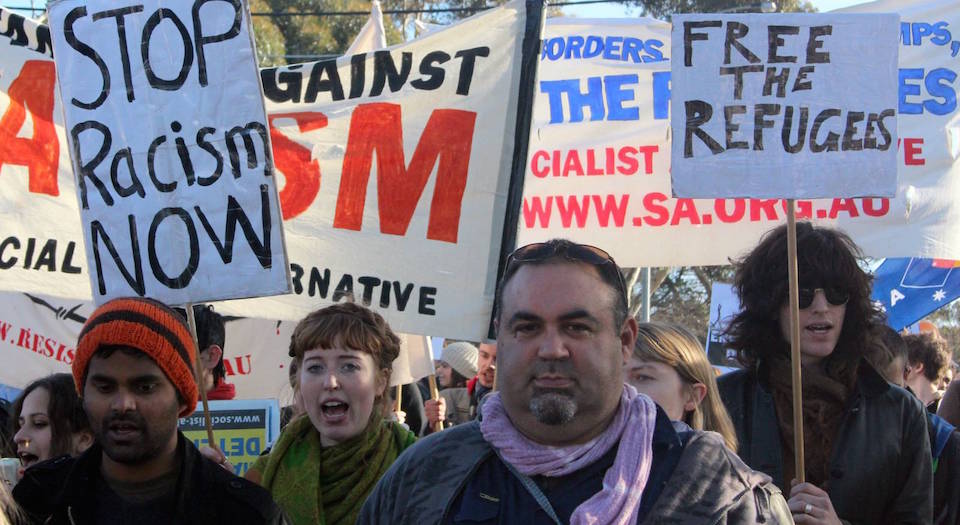 Since the attacks in Paris last month, the debate about migration has intensified. Those who previously argued for tight border controls are suddenly calling for the complete closure of borders for fear of terrorists entering the country. On the other hand, the pro-refugee lobby has stepped up its demands for the government to welcome – that is, pity – refugees by claiming that, post-Paris, migrants are suffering a surge in Islamophobia. However, refugee lovers and refugee haters have far more in common than either side would like to admit.

Firstly, both sides are fearful of what open borders might bring. Those on the right, who want to close the borders, are afraid of the foreign masses at the gates. Those on the left, who argue for entry for refugees, are similarly fearful. But their fear is rooted in the masses inside the gates, those of us at home who would supposedly turn into rampant racists if the borders were flung open.

Following the Paris attacks, it was revealed that one of the murderers had entered the EU using a fake Syrian passport. This sparked a complete panic among anti-immigration commentators and politicians, who began to argue that we needed to tighten border controls in the interests of national security. ‘France shows that in questions of security, we cannot make any more compromises’, said Markus Söder, the finance minister of Bavaria in Germany. ‘The time of uncontrolled immigration and illegal immigration cannot go on like this’. At the same time that people were circulating messages of brave resilience, drinking champagne and giving IS the two fingers of freedom, anti-immigration campaigners called for countries to cower behind their borders.

Anti-immigration types aren’t only concerned about terrorists abusing Europe’s porous borders; they’re also convinced the refugee crisis is fuelling radicalisation. German officials recently expressed fears that extremists were ‘grooming migrants at refugee hotspots’, as if being from Syria, or being around radical Islamists on your journey as a migrant, made someone more likely to become a terrorist. It is impossible to join IS by osmosis. The attacks in Paris were planned and carried out by individuals who had decided long ago that they were willing to blow themselves up for the Islamic State. Those who argue for closed borders due to this fear of an influx of terrorism ignore the fact that those who become IS militants make an active decision to do so. To suggest that it is easy to convert people to suicidal, violent extremism insults the intelligence and agency of Syrians.

And yet, the same fear and denial of individual autonomy is apparent in the arguments of the pro-refugee lobby. Immediately after the Paris attacks, there were statements from left-wing commentators urging people to check themselves for subconscious Islamophobic sentiment. One Guardian journalist warned that following such attacks, ‘Muslims become seen as the enemy within, a fifth column, a near-homogeneous group defined by their hostility to Western values – or indeed the West full stop’. It is with this narrative of victimhood, which is not about Syrians, Muslims or refugees at all, but more about their own desperation to not seem Islamophobic, that the pro-refugee lobby paint Syrians as wretched, helpless victims in need of our help.

All of this mirrors the anti-migrant attitude in that it removes agency and autonomy from migrants – people who have reached our borders through sheer self-determination. Underlying the pro-refugee argument is a Victorian distinction between the deserving and undeserving migrant. Canada’s new, right-on prime minister, Justin Trudeau, is running a pro-refugee policy which will only accept ‘whole families, lone women or children’, while ‘unaccompanied men – considered a security risk – will be turned away’. It’s like a game of trump cards. Female? Have a few kids? Fled a war with a woeful story to tell? Top marks, please come in. But you’re bottom of the pack as a single man, with no other card to play than the unacceptable truth: that you’ve come looking for a better life for yourself and you don’t want to be a victim anymore.

The pro-refugee lobby argues that, for the sake of placating a supposedly volatile and unsympathetic British public, we must only let in refugees, and those refugees must enter on their knees, begging for our sympathy. The anti-immigration side similarly infantilises Syrians, reducing them to a homogenous, brainless and potentially dangerous mass. We must argue that everyone who wants to enter our country, whether refugee or migrant, has the power to be a terrorist if they so choose – just as much as it is within their capabilities to reject IS and its beliefs. To argue otherwise is to deny the existence of any self-awareness and choice and cast those who want to cross our borders as inherently different to us and the way we think.

Here at spiked, our argument is clear: we want open borders, and, more importantly, we want a public, open discussion about border controls. This is because we believe in freedom, and we demand that every human being should be free to make their own decisions about their own lives. We also believe in the freedom of the British public to voice their opinion on the matter, be argued with, and potentially change their minds. Migration is an expression of autonomy – it should be supported.