Dutch anti-Euro campaigners explain why their leaders have questions to answer. 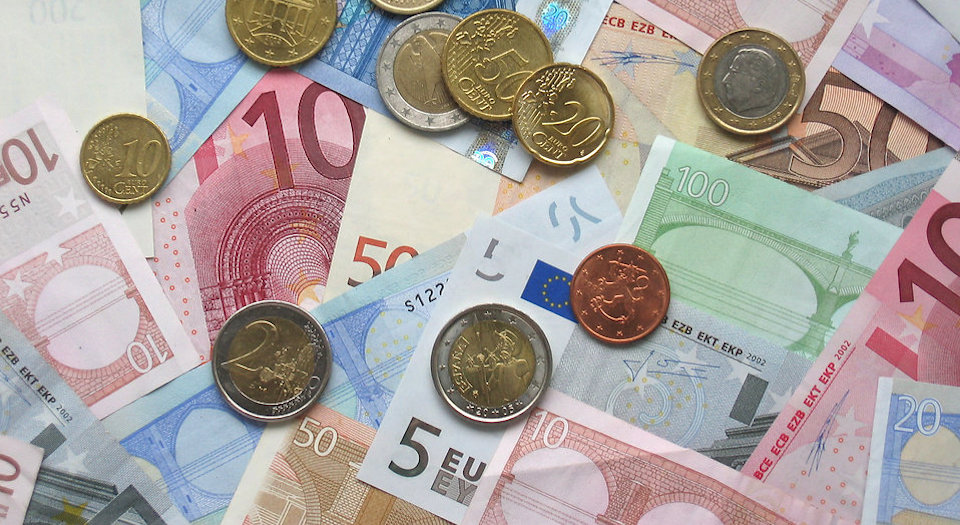 Today, we will appear before the finance committee of the lower house of the Dutch parliament. This is because over 40,000 Dutch citizens signed our petition asking the government to institute a parliamentary inquiry into the introduction of the Euro in the Netherlands. This appeal to politicians may seem untimely in the face of the migrant crisis, global warming and geopolitical tensions. And, yes, the most recent Greek crisis appears to have been resolved for the time being. But let no one assume that the problems of the Eurozone are now under control. Greece represents no more than two per cent of the Eurozone. The real malaise in the currency union has yet to surface.

The introduction of the single European currency on 1 January 2002 was one of the most far-reaching decisions ever taken in Netherlands’ modern history. But, what began as an attempt to secure Europe’s peace and prosperity through monetary union has become a divisive force. Yet we still cling to the Eurozone regardless of the costs. Based on the latest figures – which date back to the period before Greece’s most recent €85 billion bail-out – the total cost to the Netherlands of Eurozone membership (according to the Court of Auditors) is at least €137 billion – the 2015 budget puts the amount at €155 billion. The much lamented government cutbacks of recent years pale in comparison.

What began with political idealism – one continent, one civilisation, one currency – has degenerated into financial-economic recklessness. A debate about the facts does not appear to be an option: the Euro is a quasi-religious project, an evangelical conviction.

We intend to break free of that closed mindset. We want the truth to come out. And we want questions answered. Do we in the Netherlands benefit from the Euro? Is it in our best interests? Is it in the interests of other European countries? If not, why do national governments continue to support it?

To get answers, the Dutch parliament’s lower chamber, the House of Representatives, must conduct an inquiry into the emergence, development and future of the single currency. The government has rightly shown itself to be a lion in relation to financial disasters involving the construction of tunnels or trains. It must not be a lamb when it comes to propping up the single currency – otherwise known as ‘saving the Euro’. If you bark about millions, you have to bite when billions are involved. That is why we would like to put the following 10 questions to the House of Representatives.

1) What was known about the financial and economic risks presented by the Euro?

2) What was known about the transfer of sovereignty that would eventually be needed to maintain the Euro? Were there internal discussions about future control mechanisms to prevent state finances from getting out of hand, or relating to emergency funds such as the European Stability Mechanism, a banking union, fiscal union or the harmonisation of legislation? If so, why were these discussions not shared with the electorate?

3) Was there an underlying agenda to use the Euro to force a political union?

4) Was the Netherlands granted favours or given promises, for example, regarding a future chairmanship of the European Commission for former Dutch prime minister Ruud Lubbers, if we agreed to replace the Guilder with the Euro?

5) Was the government aware of the work of the Nobel prize winner Robert Mundell, who argues that as a result of the Eurozone’s enormous political and cultural diversity, it cannot be an optimal currency zone, and therefore cannot become a stable and economically viable currency union?

6) Did the introduction of the Euro lead to a loss of purchasing power in the Netherlands, also because the Guilder was assigned a less favourable conversion rate than the German Mark in relation to the Euro?

7) How is it possible that a number of southern European countries, including Greece and Italy, were allowed to join the currency union even though they did not meet the entrance criteria?

8) Did the government know, or could it have been expected to know, that the stability mechanism was not an adequate means of keeping those countries in line? If so, was the introduction of the Euro justified?

9) The Netherlands has agreed to financially guarantee various systems designed to support the Euro and bail out banks, including the European Financial Stability Facility (EFSF) (up to a maximum of €188 billion), the ESM (a maximum of €624 billion), the European Central Bank (ECB) balance and International Monetary Fund (IMF) loans. Are there any limits on those risks? If it turns out we are simply throwing good money after bad, how much is the European project worth to us? Can we finally have a real debate about this issue?

10) At the height of the Greek crisis, Jan Kees de Jager, then Dutch finance minister, set up a secret work group to hammer out emergency scenarios. De Jager’s successor, Jeroen Dijsselbloem, disbanded the work group despite the fact that the situation in the Eurozone is anything but stable. Can the government tell us what De Nederlandsche Bank and/or the Ministry of Finance knows about the cost of joining or leaving the Euro?

Over the past 10 years, there have been countless analyses of the cost of the Euro in (semi-)scientific journals, newspapers, and in reports written by the Court of Auditors. However, the House of Representatives’ right to institute an inquiry is the only means of uncovering the truth. The lower chamber, the place in which the introduction of the Euro was once almost unanimously approved, is now the appropriate place in which to conduct a serious analysis of the consequences of that decision. As decisions are often under huge time pressure in Brussels, and because there is a significant democratic deficit at the level of the European Union, a parliamentary inquiry is an appropriate means of conducting such an investigation. Our intention is not to narrow the scope of the inquiry to the assignment of blame; we want an in-depth investigation that will provide insight and solutions. Ladies and gentlemen, honourable members of parliament, take yourselves and your democracy seriously: open an inquiry!

Thierry Baudet, Jort Kelder and Arno Wellens are the initiators of Peuro, which is calling for a parliamentary inquiry into the Euro.