The poppy is still a political symbol – we have a right to reject it. 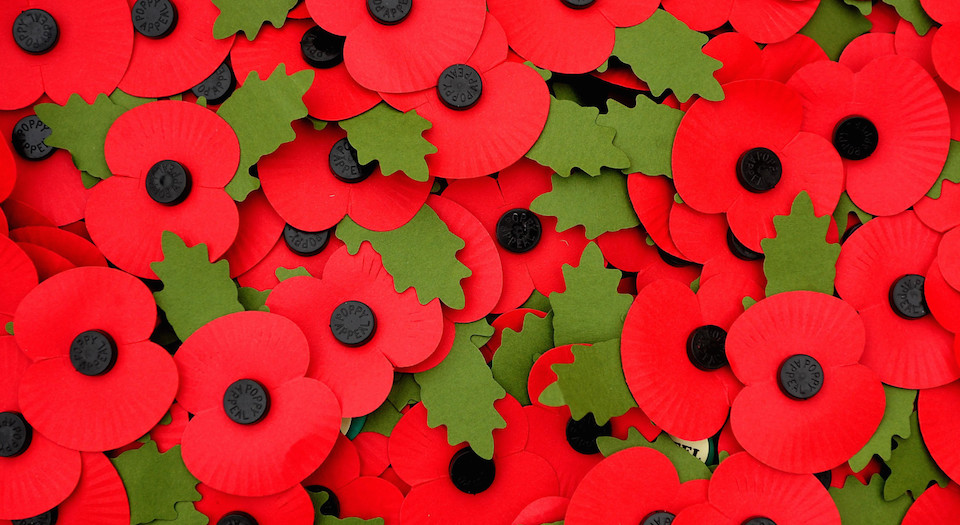 It’s that time of year again – poppy time. While X Factor judges and contestants compete to don the most stylish, designer poppies, and every guest on TV chat shows are pinned with one as a matter of course, those who choose not to wear one are publicly shamed. For the simple act of refusing to wear a poppy on his West Brom jersey, Derry-born footballer James McClean has been widely vilified.

McClean refuses to wear the poppy in opposition to British militarism and out of respect for the 13 unarmed civilians who were killed by British paratroopers in his hometown on Bloody Sunday. The online abuse and the booing at last Saturday’s game at Leicester are par for the course, but that some national media outlets single him out for criticism is worrying. It seems we now have such an Orwellian culture in Britain that an individual can be scapegoated for the private, moral choice of refusing to wear a poppy.

We are repeatedly told on Remembrance Sunday that those who fought for Britain gave their lives so that we may be free – sadly, no such freedom has been extended to James McClean. Nor is that freedom extended to Irish republican Celtic fans, who have been warned repeatedly not to challenge the invocation of the poppy and the minute’s silence in their forthcoming game away to Ross County. This is no idle threat. In 2010, Celtic fans unfurled a huge banner protesting the team’s decision to wear poppies, which read ‘Your deeds they would shame all the devils in hell. Ireland, Iraq, Afghanistan. No bloodstained poppy on our hoops.’ The club vowed to ban those responsible from Celtic Park. The police then promised to hunt down the fans responsible – though quite which law had been breached was never made clear.

For some people, wearing the poppy has no political significance. Many young people tell me it is similar to wearing a red AIDS ribbon or a pink ribbon to promote breast-cancer awareness. Others wear it as a sign of respect and gratitude to those who sacrificed their lives in Britain’s wars. And many, including politicians and military figures, wear the poppy as an explicit sign of their support for the British armed forces in past and present conflicts.

But the fact remains that the poppy is a political emblem, and it diminishes politics to pretend otherwise. Why else has Labour leader Jeremy Corbyn come under such intense political and media pressure to wear a poppy since it was suggested he might abstain from doing so on political grounds? Corbyn has since relented in the face of the media onslaught and a political culture that demands conformity at every turn. Thankfully, not everyone has abandoned their principles. I don’t just defend the right of McClean and those Celtic supporters to refuse to wear the poppy, I actually admire them.

Each year, the expectation to conform to poppymania grows, as newspapers display the poppy on their mastheads and the length of time people are expected to display them extends ever longer. By all means, let those who wish to honour the British military dead do so. However, let us not scapegoat those who have no wish to join in the poppyfest. It is not just the issues of intolerance and the new conformism that are at stake in the poppy debate, it is also the unquestioning obedience and reverence with which we are expected to treat Remembrance Sunday.

There is a serious danger of historical amnesia setting in; it seems few really do ‘remember’ why so many people died in Britain’s wars. In my view, they rarely died for freedom – they lost their lives in the service of British colonialism and empire. From Kenya to Malaysia to Cyprus to Iraq, the history of British militarism is shameful. That’s why, once upon a time, there were many principled anti-imperialists in Britain who stood up against the poppy and what it represented. Today, however, many seem to have gone the same way as Corbyn and have acquiesced to the new conformist orthodoxy.

I am from Ballymurphy in Belfast, where, a few months before Bloody Sunday, British paratroopers massacred 11 unarmed civilians. Such moments in history may seem like inconvenient truths when it comes to discussing the poppy, but maybe they will enlighten some people as to why some of us will always refuse to wear it or celebrate it – even if it makes us unpopular in these illiberal times.