It isn’t Germaine Greer who’s bigoted – it’s those who want to destroy her. 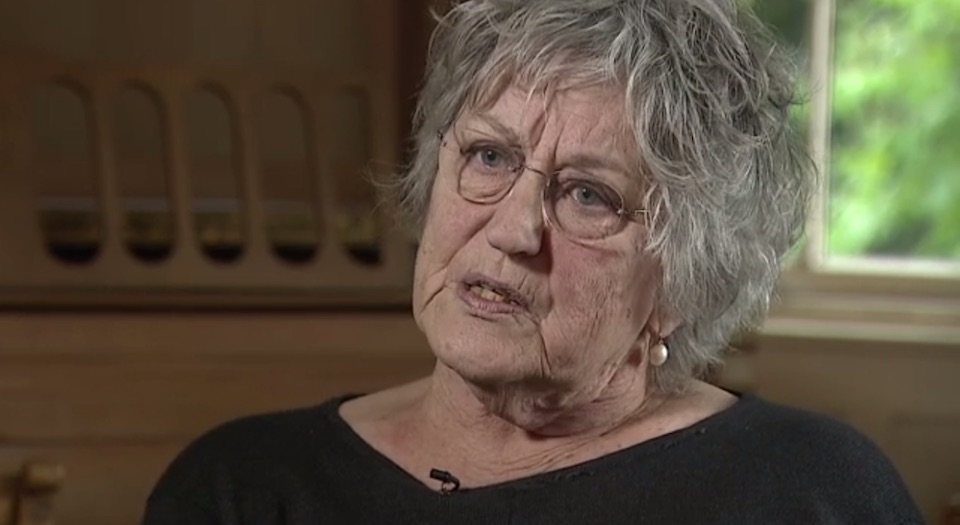 There is a dark, twisted irony to the witch-hunting of Germaine Greer over her ‘transphobia’, over her view that men who have sex changes do not become women. Which is that those who are raging against Greer for being a ‘hateful bigot’ actually fit the description of bigot far better than she does. Bigotry, in the words of the Oxford English Dictionary, is ‘intolerance towards those who hold different opinions from oneself’. There could be no more apt tag for those calling for Greer to be expelled from polite society for her opinions on trans issues. They are displaying an alarming intolerance to someone who has the temerity to think differently to them; they are being truly bigoted.

The moral crusade against Greer has provided a disturbing snapshot of the new intolerance. What started life as another Stepford Student effort to have a controversial speaker kept off campus, when students at Cardiff University tried to get Greer’s lecture on women and power cancelled on the basis that she has ‘dangerous’ views on trans issues, quickly escalated into something far darker, more unstable. There’s now a wide-ranging effort to have Greer branded unfit for all public life, not just Cardiff. Her ideas ‘have no place in a civilised society’, we are told. She’s been labelled a ‘ranter’ and ‘hateful’, even by feminists and gay-rights activists who might once have been her allies. Kellie Maloney, boxing promoter turned trans spokesperson, caused much excitement in the Twittersphere when she ominously demanded Greer be ‘punished’ for her views.

The insult being hurled at Greer is that she’s a bigot. ‘Germaine Greer is a hateful bigot’, says one headline. The New Statesman has a piece casually asserting that Greer has ‘bigoted views’ and that we shouldn’t be surprised if people ‘protest and demonstrate when bigots speak’. The American feminist Roxane Gay says Greer is ‘bigoted and full of hate’ and says ‘I honestly don’t know why she’s being included [in media discussion]’. Paris Lees, Vice writer and self-styled representative of all trans people, accuses Greer of practising ‘40 years of bigotry’. Lees says Greer is a ‘vile bigot’, and ‘exposing her bigotry’ is more important than the discussion about freedom of speech.

That the hounders of Greer can call her a bigot in one breath and then suggest she has no place in the media or polite society in the next suggests they don’t only need a lesson in what freedom of speech means — they also need a dictionary. For bigotry means one pretty simple thing: intolerance of those who think differently to oneself. A bigot is not simply a nasty person, or a racist, or an ‘Islamophobe’, or a really opinionated, obstinate person — it’s a person who is ‘intolerant towards those who hold different opinions’. As the authors of Values, Violence and Our Future put it, ‘What distinguishes bigots is that they are intolerant of [persons] who hold conflicting beliefs or opinions’. This is why ‘intolerance is fundamental to bigotry’.

The real bigotry in Greergate is coming, not from Greer, but from the mob of tweeters, trans activists, student leaders and liberal journalists who are trying to destroy a woman’s reputation because they don’t like her opinions. In fact, Greer is being tolerant. Yes, she may use fruity, Aussie language, insisting that ‘just because you lop off your dick and then wear a dress doesn’t make you a fucking woman’. But, as she says, this is ‘my opinion, not a prohibition’. She says she would never stop people from having sex-change surgery: ‘Carry on if that’s what you think it is you want to do.’ This is not intolerance of others’ opinions or ways of life, which is what bigotry means; on the contrary, it is the height of tolerance to support the right of people to say or do things you don’t like or understand. The intolerance, the bigotry, belongs to those who want Greer off campuses, off TV and out of ‘civilised society’ because she has unfashionable opinions. Paris Lees is the bigot, not Germaine Greer.

This new bigotry disguised as liberalism is running riot today. In fact, in an authoritarian, linguistic twist that will have Orwell spinning in his grave, bigotry is now most commonly enforced under the guise of tackling bigotry. So anyone who opposes gay marriage is branded a ‘bigot’, when in fact it’s the branders, who cheer as people are sacked from their jobs or hounded off campuses for opposing gay marriage, who are behaving bigotedly. Gay-rights activists who campaign for bans on Jamaican dancehall music or Christian adverts for gay-conversion therapy pose as warriors against bigotry, yet in seeking to crush opinions that differ to theirs they behave like bigots. Having the wrong opinions on everything from Islam to multiculturalism to climate change can earn you the label of ‘bigot’, and people will demand that you be No Platformed, or twitch-hunted, or in some other way elbowed out of polite society — the brilliant, ugly irony being that it is the idea that certain opinions are so wrong that they must be hushed or crushed which is the very definition of bigotry. The idea that there is one right way of thinking and the demonisation of anyone who dissents is the bigotry of our age: the bigotry not of religion, but of the right-on.

These New Bigots who have the gall to present themselves as warriors against bigotry are having a really destructive impact on free, open and rational debate. They chill public discussion, dumb down academic life, and incite self-silencing among those who have unpopular views and who know that expressing them could lead to the loss of their jobs, the loss of public platforms, or, in Greer’s case, the potential loss of a lifetime’s reputation of serious thought and social agitation. I’m not a massive fan of Greer’s ideas — though I admire her sparky writing — but here’s the scary thing: if even someone of her stature can be hounded like this, what earthly chance do other people have to say what they believe but which the New Bigots won’t like?