A guide for those who see campus censorship as a misogynist conspiracy. 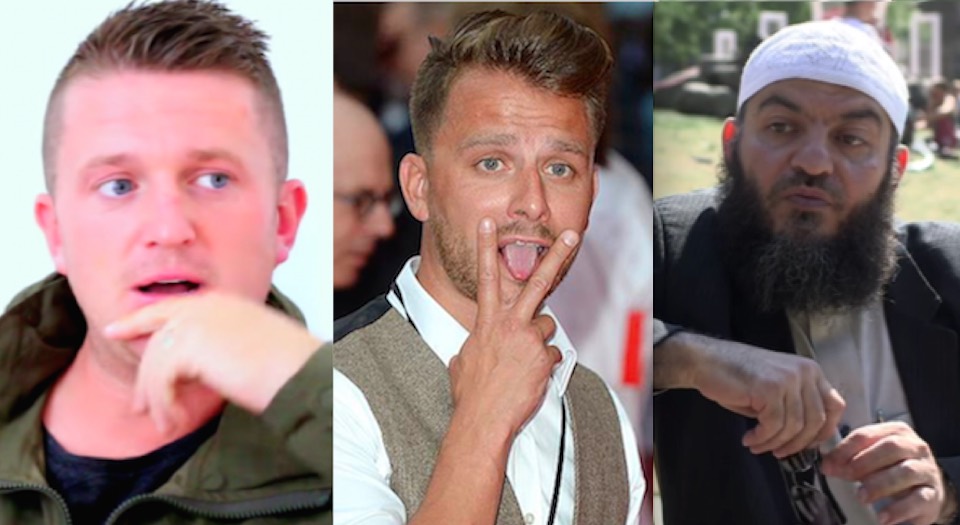 The attempt to stop Germaine Greer from speaking at Cardiff University has served as a wake-up call to feminists everywhere. People who once advocated the banning of pornography, the black-bagging of lads’ mags and the sanitisation of everyday life in the name of protecting the allegedly feeble fairer sex are now coming to learn the age-old lesson of censorship: if you legitimise it, it will come back to bite you.

Well, not all feminists. Many are now claiming that the No Platforming of Greer or Julie Bindel is not the inevitable result of the industrial scale of modern intolerance. No. It’s because they are women! Even as their own censoriousness comes home to roost, they are still intent on playing the victim card.

Here’s a handy list of previously banned speakers for the feminists who think campus censorship is all about them:

You think it’s hard being a feminist on campus? Try being pro-Israel, or, worse still, from Israel. Nothing is more likely to get you picketed and shut down on a British campus. This is what Israeli ambassador Daniel Taub found out when he was due to take part in a closed event at the University of Edinburgh in 2012. It was promptly interrupted and shut down by pro-Palestine students. The group said ‘it is an unacceptable situation when someone with such abhorrent and dangerous views can be brought on to campus’. And it’s not let up since then – Taub is picketed at almost every campus he visits.

Another, oft-forgotten victim of misogynistic censorship is Front National leader Marine Le Pen. When she tried to speak at the Oxford Union last year student groups picketed the event, brandishing banners that read ‘Le Pen, never again’. It’s unclear whether it was her anti-immigrant politics or her lack of a Y chromosome that was the real cause of the outrage. But let’s face it, it was definitely the latter.

spiked editor Brendan O’Neill and Telegraph journalist Tim Stanley were banned from speaking at a debate at Christ Church, Oxford last year. All because neither of them had a uterus. They were due to debate the motion ‘This House Believes Britain’s Abortion Culture Hurts Us All’. Christ Church cancelled the event, citing ‘welfare concerns’, after students threatened to disrupt the debate. According to the protesters, the two men were not biologically qualified to debate the topic, one of them writing in the Independent that ‘my uterus isn’t up for their discussion’. Neither O’Neill nor Stanley were under the impression that it was.

Islamic preacher Haitham al-Haddad has been banned at the University of Kent and the University of Westminster over comments he has made about homosexuality, women’s rights, and what he termed ‘the right way’ to carry out FGM. Protesters who called for him to be banned at Westminster said, ‘As students, we should never be met with the possibility of facing hate’.

Cardiff University has a terrible reputation for free speech – Germaine Greer is just the tip of the iceberg. In 2014, controversial lad comedian Daniel O’Reilly, also known by his stage persona Dapper Laughs, was banned from performing at the students’ union after a petition accused him of peddling ‘rape culture’. Surprisingly, no feminists came to his defence.

We know, he’s not a real person. But if you needed any more convincing that students’ unions are hostile to free speech across the board then look no further than the reaction of two students’ unions to the massacre at the French magazine’s offices in January: the University of Bristol’s SU banned the sale of the Charlie Hebdo memorial edition because it contravened the union’s Safe Space policy, while the University of Manchester Students’ Union stopped its Free Speech and Secularist Society from handing out copies of the edition at the university re-freshers’ fair.

No-hope London mayoral candidate and all-round windbag George Galloway is one of the lucky few who has been personally No Platformed by the NUS. The reason? He referred to Julian Assange’s alleged sexual indiscretions as ‘bad sexual etiquette’. He’s since been blocked from speaking at the University of Chester, among others, on the charge that he’s a rape apologist.

In 2014, Hen Mazzig, a lieutenant in the humanitarian unit of the Israel Defence Forces, was prohibited from speaking at King’s College London by students’ union officers. In an ironical twist, the union’s safe-space officer reportedly roughed up the event’s organisers as he tried to clear the room.

Julie Bindel was back in the headlines last month when she was banned by the University of Manchester Students’ Union from speaking at a debate about free speech and feminism. What is often missed out is that her prospective co-panellist, Breitbart writer and fellow ‘transphobe’ Milo Yiannopoulos, was told he could only speak under ‘special measures’, and, a few days later, was also banned altogether. Some have said the fact that Julie was banned first is proof of a feminist backlash. Manchester women’s officer and strident feminist Jess Lishak, who ordered the ban, begs to differ.

In 2007, the Oxford Union found itself at the centre of a free-speech row when it invited discredited historian David Irving to speak. Irving has infamously questioned the existence and extent of the Holocaust – and has served time in Austria for Holocaust denial. He was due to speak alongside then leader of the British National Party, Nick Griffin. The invitation was labelled a ‘disgrace’, but the Oxford Union’s president held firm in spite of fierce protests.

This guy was being No Platformed long before it was cool. As former leader of the British National Party, he and his entire organisation was, and remains, officially banned by the NUS. In 2007, he was stopped from speaking at the University of Bath, and was met with protests when he and David Irving were invited to speak at the Oxford Union. He never went near a campus again – depriving many students the chance of discovering just how easy it is to defeat racists in public debate.

Ismail Menk, a Muslim cleric, was due to tour universities in 2013, speaking at Islamic Society events in Oxford, Leeds, Leicester, Liverpool, Cardiff and Glasgow. That was until the students’ unions got wind of it. The tour was called off after the NUS drew attention to his homophobic views.

Ever since Britain’s far right faded into non-existence, campus politicos have desperately been on the lookout for someone to call a fascist. Lucky for them, they’ve found it in the purple-hued form of the UK Independence Party (UKIP). In 2015, an event involving a local UKIP candidate was called off at the University of East Anglia. And, prior to that, the University of Derby Students’ Union temporarily No Platformed the entire party, arguing that UKIP members would make students ‘feel unsafe’ if they were allowed to roam free on campus.

The feminists now complaining about censorship should have heeded the lesson of the SWP. Having long promoted No Platform for Fascists, the SWP was No Platformed itself by students’ unions at the University of Edinburgh and Goldsmith’s after it was claimed that the party had been internally covering up rape allegations made against senior members. At the University of Sussex – a former SWP stronghold – students even burnt copies of the party newspaper.

During the Germaine Greer furore, former English Defence League leader Tommy Robinson was banned at not one but two universities. Events that he had been booked to speak at in Edinburgh and Durham were called off over ‘security risks’, following a speech he gave at an anti-immigration Pegida rally in Germany. In November 2014, he addressed the Oxford Union, where he claimed he was made to censor his speech due to the restrictions of his bail. Of course, none of this has raised a peep from Greer’s cheerleaders.

That some commentators can claim feminists are the main target of campus censorship sums up the whole problem we face today: a lack of consistency on freedom of speech, to the extent that some seem almost unaware, or simply uncaring, of all the numerous bans on non-feminists. spiked’s argument from the very start, right when we were set up more than a decade ago, has been clear: we must defend free speech for everyone — not just ourselves and our friends, but far more importantly for our enemies too. Fascists, Islamists, sexists, leftists, feminists, trouble-makers, idiots, provocateurs — not a single one of them should be banned on any campus in Britain.

Want to join a real free-speech fightback? Check out our Down With Campus Censorship! campaign today.