The treatment of words as a physical threat is a disaster for free speech. 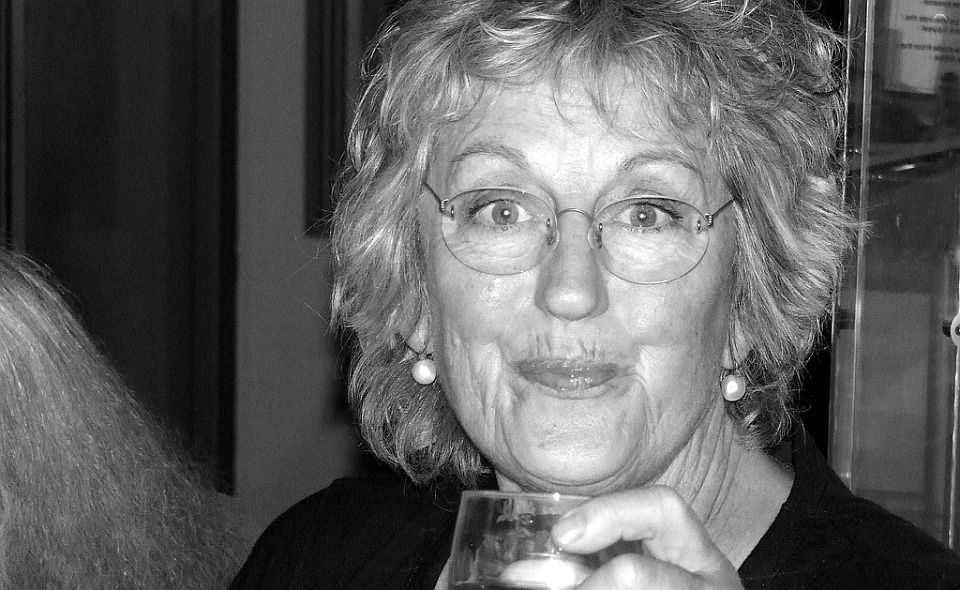 We could all learn something from Germaine Greer’s antipodean ‘screw you’ to the Cardiff students who sought to ban her on grounds that she is transphobic.

Asked by BBC Newsnight if she understands why trans people might feel hurt and even ‘discriminated against’ by her comments on trans issues, Greer said: ‘I’m not saying people should not be allowed to go through that procedure [sex-change surgery]. What I’m saying is that it doesn’t make them a woman. That happens to be my opinion, not a prohibition.’

In other words, her views — that trans women are not real women but ‘men who believe they are women and have themselves castrated’ — don’t prohibit anyone from doing what they want. They aren’t an act of discrimination. They do not compel people to behave in a particular way. They’re just opinion, words. The idea that her comments are somehow ‘discriminatory’, even ‘harmful’, as the Cardiff students claim, is ‘absolute nonsense’, says Greer.

She’s dead right. And she has cut to the heart of the most insidious threat to free speech today: the blurring of the distinction between words and actions, the idea that opinion can wound as badly as a knife, or can discriminate against people in the same way laws can.

Such a casual conflation of words with wounds, of opinion with assault, has led to the treatment of certain forms of speech as violence, as crimes to be crushed, not only on campuses but across the public sphere in 21st-century Europe.

Greer was due to give a lecture on women and power at Cardiff next month. But the student-union women’s officer, of all people, started a petition demanding she be shunned from campus because of her ‘misogynistic views towards trans women’. Hundreds of Cardiff students lined up behind the idea that Greer’s views are ‘dangerous’, ‘discriminatory’, causing ‘hatred and violence’.

It’s remarkable how flippantly the language of violence is used to describe, and denounce, the expression of an idea. ‘Dangerous’, ‘violence’ — you’d think Greer was planning to turn up with a machete rather than just her musings. The students accuse her of enforcing ‘discrimination against transgender people’. But Greer isn’t a king or lawmaker. She has no power to prevent trans people from going to university or getting jobs. If her comments make you feel so bad that you flee university and curl up in bed, that’s your fault: you’re discriminating against yourself, by judging yourself incapable of hearing critical comments. Greer’s ideas might rattle and stir, or convince some people that trans women aren’t real women. But they don’t wound or discriminate. Her opinion is not a prohibition.

This idea that words are assault is a recurring one in the arguments of the Stepford Students. ‘Blurred Lines’ has been banned on campuses across Britain because it ‘violates’ rules against ‘sexual harassment’. So hearing a song is like being harassed. Some unions banned the Sun on the basis that its daily Page 3 girls (RIP) ‘normalise rape’. (Blaming young women who strip off for men who rape? Nice. This rehabilitates in pseudo-edgy lingo that old judge’s view that mini-skirted girls had it coming.) The Oxford students who prevented me from taking part in a debate on abortion last year said allowing someone ‘without a uterus’ to discuss abortion would harm their ‘mental safety’.

The language of ‘trigger warnings’ — which are added to books that students might find disturbing — and of ‘Safe Spaces’ — which provide students with a haven from harmful thoughts — also speaks to this idea that words can be a real physical threat.

Student-union leaders enforce an even more insidious version of the media-effects theory beloved of blue-haired ladies-who-lunched-and-banned in the 1970s and 80s. Where those conservatives argued that movies made people murderous, the weirdly reactionary radicals on 21st-century campuses go further, claiming ideas, theories, even Ovid’s Metamorphoses, can directly damage people. The old censors wanted to save us from moral pollution, the new ones protect our ‘mental safety’: both view ideas as harmful to minds and bodies, and therefore requiring control and curtailment.

Some student leaders try to get around the awkward fact that they sound like Mary Whitehouse on speed by claiming words have a different impact on minority groups than they do on ‘privileged white men’. A middle-class guy can take an offensive joke, they say, but a trans woman of colour can’t, because that joke mashes together with the structural oppression she/he allegedly faces and directly diminishes her/his self-esteem. Scrape away all the Marcusian semantics, and what’s being said here is that minority groups — blacks, gays, immigrants — are less capable than white males of freely engaging in public life. It’s an ugly, neo-colonialist idea.

Ideas are not violence, or harassment, or discrimination. They might upset you, or make you want to punch a wall. But they don’t damage your physical or mental health or stop you from going about your life. The minute we accept the idea that they do, that’s the end of freedom of speech, and of freedom itself. And this is happening. Not just on campuses, which, if anything, are latecomers to the mashing together of words and violence. In lawmaking and political circles across Europe, in everything from bans on Holocaust denial to the criminalisation of religious hatred, we’re witnessing the punishment of words as if they were violence. Student leaders merely practice a more scattergun version of this mainstream clampdown on controversy.

A final point. Last year, Cardiff students banned wideboy comic Dapper Laughs for the very same reason they’re now trying to ban Greer: because his views are ‘harmful’ and ‘misogynistic’ and have no place ‘inside the walls of an academic establishment that claims to protect the rights of its students’. No one protested. If the feminists and commentators annoyed about what’s being done to Greer had stood up to that ban, perhaps the Cardiff censors would have felt chastened, had a rethink, and maybe Greer would have been spared the humiliation of being rounded on by these intolerant fools. Always remember: if you want your friends to enjoy freedom of speech, then you must first defend it for your enemies.