Black Panthers: neither vanguard nor victims

A new film reminds us that radicals didn’t always play the pity card. 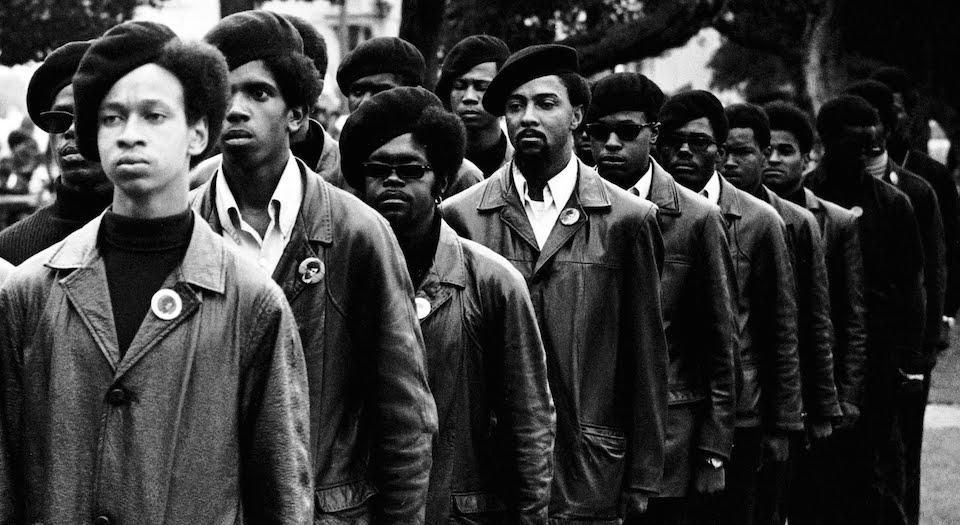 The Black Panthers: Vanguard of the Revolution begins with a disclaimer. Ericka Huggins, a leading light of the party since its inception, tells the old fable of the blind men and the elephant. ‘That is quite often what happens with our descriptions of the Black Panther Party. We know the party we were in, and not the entire thing. We were making history and it wasn’t nice and clean, it wasn’t easy – it was complex.’

This is a useful preface to what follows. Stanley Nelson’s documentary is an unashamed ode to the Black Panther Party, the black revolutionary movement that swept America in the late Sixties. With incredible archive footage, and talking heads galore, it casts an adoring light on the swaggering, gun-toting group that energised and terrified America in equal measure. But as pro-Panther as it is, Nelson’s film can never quite pin down what the party really meant – let alone what its legacy might be.

The BPP emerged out of a sense of exhaustion with the non-violent civil-rights movement. Inspired by Robert F Williams’ armed resistance to the KKK in the South, two college friends, Huey Newton and Bobby Seale, established what was then called the Black Panther Party for Self-Defence, patrolling the ghettos of Oakland, California, to keep police brutality in check.

Where today black people are so often painted as the primary victims of America’s ‘gun culture’, the Panthers embraced it. Newton schooled himself on gun laws and made sure everyone knew their rights. Armed resistance, he said, was the only way to wrest back control of communities terrorised by racist police. After the Panthers famously marched, rifles in hand, on the California State Capitol in 1967, then governor Ronald Reagan began agitating for gun controls.

The Sacramento stunt introduced the BPP to the world, fomenting talk of revolution among a generation of black youth. The bolshie and stylish Panthers appealed ‘to the brother on the corner’, rather than the ‘church folk’ who had marched on Selma and Washington in their Sunday best. But, lacking any clear strategy, the party was a chaotic and broad church. Some focused on armed defence and inner-city community projects, while others were itching for all-out combat – a nascent split that would later be exploited by J Edgar Hoover’s FBI to drive the Panthers into civil war.

Nelson chronicles the demise of the Panthers after Newton, imprisoned for allegedly killing a policeman when the BPP had just 100 members, returned and reduced the party to little more than a drug-and-prostitution racket. But his take is still rose-tinted. In the end, Hoover remains the only real villain of the piece, whose COINTELPRO (Counter Intelligence Programme) sowed division, courted informants and, in the end, carried out assassinations against the party.

But many commentators have taken Nelson to task for ignoring the misogyny and questionable tactics that doomed the BPP’s progressive ambitions from the start. While we learn about Eldridge Cleaver, the party’s chief propagandist, fleeing to Cuba and then Algeria in order to avoid imprisonment, Nelson fails to mention this was on rape charges. Newton, whose demons are only glimpsed in the film’s final half-hour, murdered an 18-year-old prostitute. And, while Nelson covers Bobby Seale’s Kafka-esque trial in 1969 in detail, we get nothing about his indictment in 1970 for (allegedly) ordering the execution of teenager Alex Rackley, who was suspected of being an informant.

This, they say, was a revolution betrayed from within. But these critiques say more about now than they do about then. The modern tendency to dismiss political movements on the grounds of their bad behaviour seems, more often than not, to be a convenient way of avoiding reckoning with their legacy. What’s more, the revulsion at any form of political violence lacks any sense of context. As far as the Panthers were concerned, they were at war; the FBI and police assassination of 21-year-old Chicago Panther leader Fred Hampton – who drew the attention of the authorities when he brokered a ‘Rainbow Coalition’ with the city’s white and Latino working classes – showed that the party’s secrecy and semi-paranoia over snitches was well-earned. (Hampton’s bodyguard, William O’Neal, helped the FBI coordinate the hit.)

Nelson’s perspective is clearly skewed; other than a few interviews with retired white policeman, his talking heads are either ex-Panthers or sympathetic historians. But there’s something in this. The Black Panther Party is among the most used and abused political movements in the modern era. The Panthers are held up by the right as irredeemable, vicious Stalinists and fawned over by effete luvvies – as Tom Wolfe satirised in his essay ‘Radical Chic’ – as the revolutionary muscle they themselves could never flex. In Nelson’s film, at least, we get an insight into what inspired the rank and file to don the black beret.

While converging around some core, stated aims – an end to police brutality, full employment, access to housing and healthcare, and legal equality – the precise, ideological content of the BPP was more nebulous: many were ardently black-nationalist, while others, like Hampton, were more universalist; Newton, Cleaver and Seale revered Stalin and Mao, but their own revolutionary project was never clearly articulated.

But for all the dodgy ideas and people that the Black Panther Party came to encompass, the insistence on self-determination and refusing to be cowed pervades Nelson’s film. In one incredible piece of archive footage, a mother and proud Panther sets out her stall: ‘I have my baby in one hand, my gun in the other, and walking up to all the honkies saying I’m here motherfucker, to get what’s mine.’

How alien that feels today. While much has been made of the timing of this documentary, arriving just as police brutality in Ferguson, New York and Baltimore is once again costing black lives, today the problems facing black Americans are all too often folded into discussions of ‘racial consciousness’ rather than liberation, and collective vulnerability rather than collective power. In the end, it’s the sheer boldness of the Black Panthers, their refusal to wallow in victimhood, that truly rubs against the contemporary grain.